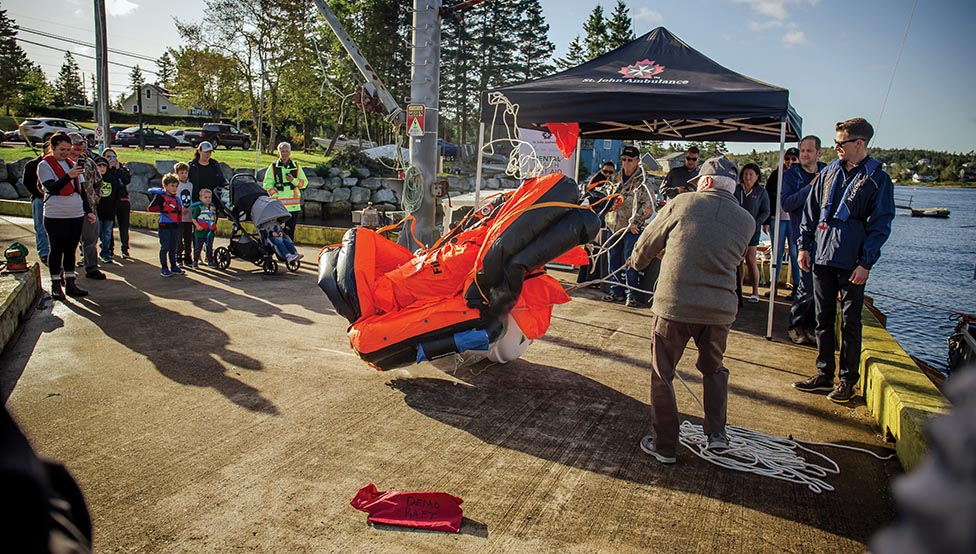 A Decade of Promoting Safety in Nova Scotia’s Fishery

The Fisheries Safety Association of Nova Scotia (FSANS) is celebrating its 10th anniversary in 2020.

“We’re hoping to incorporate the 10th year anniversary into a few events throughout the year, including Splashes of Safety, but right now because of COVID-19 everything has kind of hit a pause,” said Matthew Duffy, safety advisor for the FSANS.

He said once the COVID-19 all-clear comes, the FSANS plans to conduct man overboard drills during the spring along the Eastern Shore, all through Cape Breton and then back down the Northumberland coastline.

The FSANS also has 37 wharf visits planned, something new it started last year.

“Basically, it’s an opportunity for us to come onto the wharf and have an open and honest discussion with fishermen and talk about all things safety from life rafts, to PFDs to EPIRBs,” said Duffy.

“Safety topics evolve through discussion and we actually helped a few captains out” last fall including one whose life raft wasn’t properly attached to the hydrostatic release unit.

“Safety is something that industry is taking seriously,” said Duffy. “At the end of the day people have lives outsides of fishing. They have families. They understand the importance of it.”

Maintaining safety logbooks and a checklist of things the Department of Labour might be looking for on a vessel was also part of the discussion during last fall’s wharf visits.

“Overall, the response was pretty good,” said Duffy. “We managed to visit 44 wharves in four weeks on top of the man overboard drills we did last fall.” 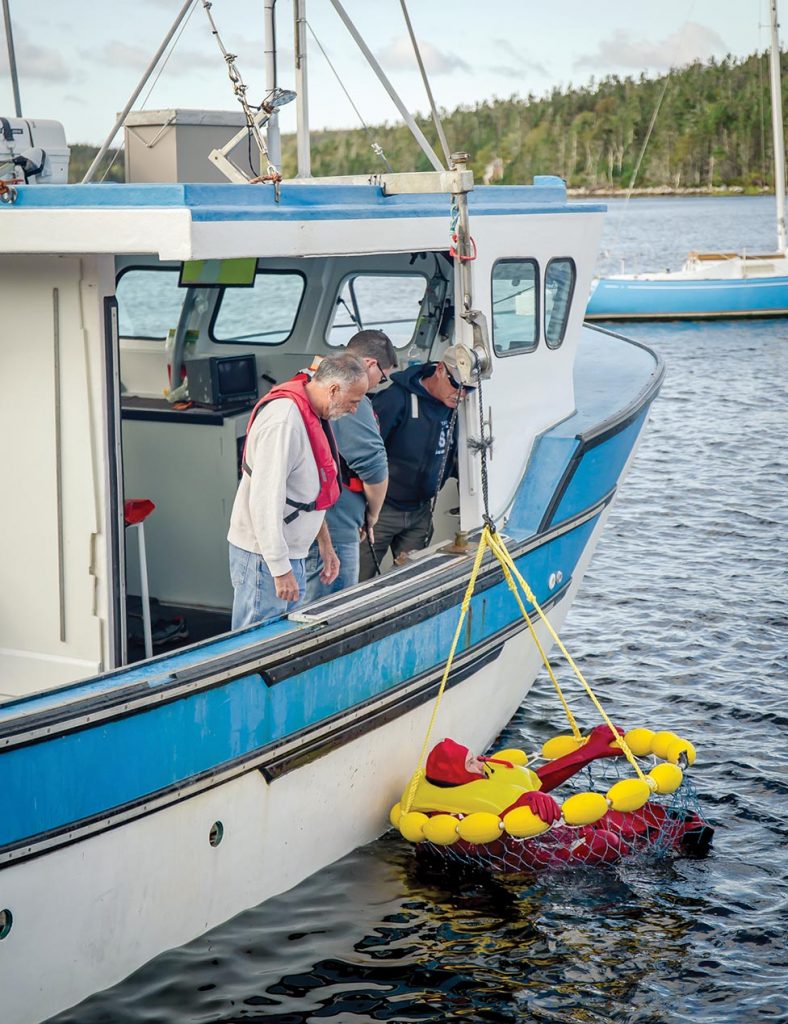 The FSANS also plans to continue the free sprains and strains workshop for processing companies once the COVID-19 situation improves and it is permitted to do so, said Duffy. Hosted in partnership with the Worker’s Compensation Board, the workshop is facilitated by a registered nurse who “gives people a lot of good working knowledge to take back to their workplace. We had one that was very successful in Yarmouth and we did have one scheduled in Sydney but it was postponed due to COVID-19. As a safety organization we felt it was important to do our part to help flatten the curve by putting the pause button on for our training sessions.”

Duffy said the FSANS has also been working with processors to build safety programs and safety manuals through Building a Safety Program workshops facilitated by the Nova Trucking Safety Association, who has “a really great template” for building a safety program, said Duffy. “We work with Trucking Safety quite a bit because a lot of processors have a trucking division so we see a lot of crossover.”

Duffy said the FSANS has a number of other projects in the works aimed at reducing workplace injuries in the processing and aquaculture sectors.

“We hope to see over the next four to five years the same thing we’ve seen in the harvesting sector where the injuries are coming down, the rates are coming down and overall, that makes everyone happy.”

“Even a small slight change of two cents to one of more than 40 cents, that illustrates the need to help out those members more,” said Duffy, noting one of the biggest injuries seen in the processing side of things is sprains and strains from workers doing repetitive tasks.

Safety in the industry will be celebrated at the FSANS third annual Splashes of Safety scheduled for Sept. 25 in Halifax.

“We’re hoping the event will continue to grow as it has in the last two years,” said Duffy. “It grew more quickly than we thought it would to the point where we actually have a professional event company overseeing it for us this year because the portfolio grew to the point we recognized we can’t do this on our own anymore.”

Park Hill Events will be overseeing organization and planning for Splashes of Safety 2020. “We’re really excited to have them as part of the team,” said Duffy.

“They’ve already done so much which has taken a huge amount off our plate and lets us focus on daily activities around safety and helping our membership and the fishing industry in general.”

The FSANS is now accepting nominations for the five safety awards that will be presented at this year’s Splashes of Safety. Nominations can be sent by email to Duffy at Matthew@fisheriessafety.ca

Fisheries Safety Association of Nova Scotia: Looking Back on 10 Years of Growth

Appropriate Technical Support is an Essential Part of Vessel Construction