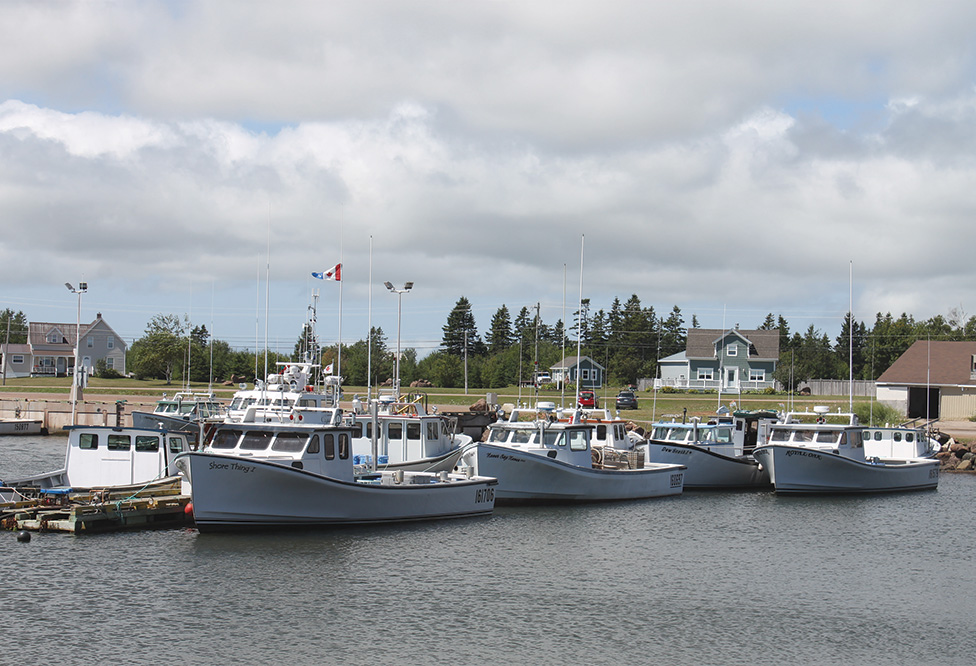 As the waning days of July start to roll around on P.E.I., fishermen in Lobster Fishing Area 25 start to make their presence known.

The trucks loaded with traps start appearing on Island roads, the buzz around the coffee shops and corner stores starts to turn to speculation about prices and the minutia of the season and captains start their last minute checks on their vessels.

But as the calendar started to move closer and closer to that Aug 10 start date, there was something else top of mind on most lobstermen’s minds — they were hoping against a repeat of the 2014 season opener.

“Oh it was terrible last year, wind-wise,” said Shelton Barlow, who fishes out of Howard’s Cove.

“We tried to avoid it, but DFO said no, so we had to go and it was a too dirty out there. The first load (of traps was OK) but the third and second was terrible.”

The start of the fall season in 2014 was one of the rockiest in memory for many fishermen, with wind gusts up to 50 kilometres/hour in some areas.

There were reports of some hair-rising exits from the various harbours and most captains took out smaller loads of traps just to avoid floundering.

The conditions prompted the P.E.I. Fishermen’s Association and the Department of Fisheries and Oceans to hold talks over the past year about how to work better together in such situations.

Those talks seemed to have made some progress, because the season was delayed by one day due to strong winds that had been forecasted for Aug. 10. Boats instead took to the water on Aug. 11.

As for what they’ll find when they hit the water, well, that’s the eternal question of the lobster industry.

The rumours around the docks were optimistic, with the number $4.55/pound being thrown around.

A perceived jump in demand for the product, coupled with a falling Canadian dollar, has put a bright outlook on the start of the season.

“The demand is good and the supply is scarce, so that’s usually a good sign that things will improve,” said Ellsworth.

“Every penny’s an improvement, for sure.”

Reports out of the United States were also favourable, with stories of soaring exports to markets in China to feed its growing middle class.

P.E.I. has put an emphasis on expanding its exports to China in recent years. A proposed one cent per pound marketing levy, which is working its way through the approval process, will likely focus heavily on the Asian market.

A deal announced in 2014 between Chinese company Lanesync and the P.E.I. Fishermen’s Association saw $17 million in P.E.I. lobster sold under the new Fishermen’s Brand label.

Whatever the reasons, lobster prices have certainly taken an upswing over the past couple of years.

Fall fishermen ended up being paid on average $3.50 a pound for their canners and $4 for their markets last year.

The 2015 spring fishery in LFA 24 was even better, with prices ranging from $4 at the start of the season to $5 near the end. That season also had a rocky start and was delayed by more than a week due to ice clogging up some of the harbours.

Hopefully, said Barlow, prices will continue their upwards trends and he and his fellow captains will have a safe season.

Fishing Industry Votes Could Be Scarce for the Tories

No Replies to "Back in the Water: Fall Lobster Season on P.E.I. Gets Underway"