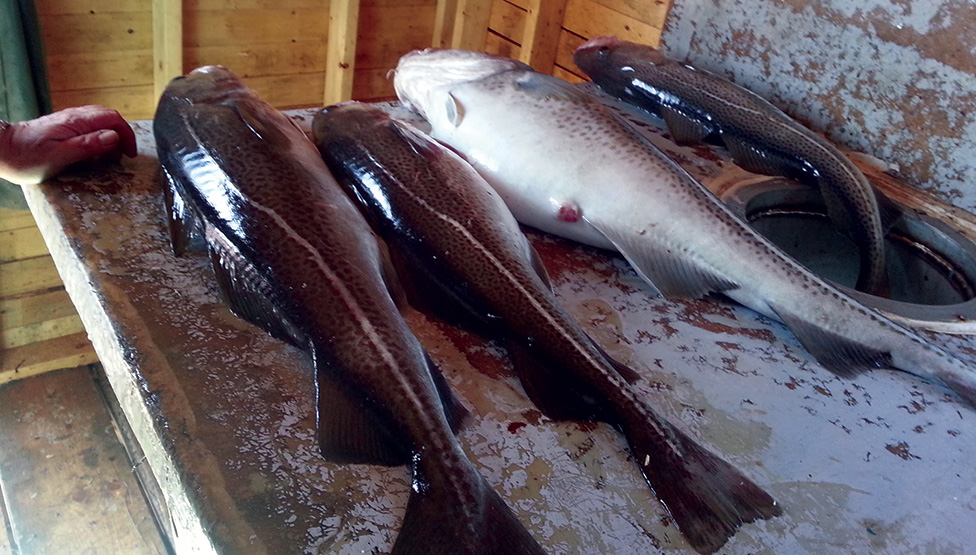 In 1992, there was a moratorium called on what was one of the greatest cod stocks of the world, the Northern cod of Newfoundland and Labrador — it was supposed to be for a couple of years.

Fast forward to 2017, 25 years later, we are facing the same things again. What has happened?

After the cod moratorium, many people called for an inquiry as to what happened but alas no government would take it on. For a few years after the moratorium, our coastal communities were kept alive with money from Ottawa.

After that, a great number of our people left for the mainland to work in the oil patch in Alberta.

The few people left eked a living from lobster, capelin and crab, which was starting to increase both in landings and price, then the shrimp started to come on stream.

All of a sudden, things were booming, fishermen wanted bigger boats, shipyards were flat out and car dealerships were very busy suppling top-of-the-line trucks to the fishing industry. Everyone was doing well except the communities that depended on cod and turbot.

What we had was a high-priced fishery that was making a billion dollars, but with a much reduced number of fishermen and a processing industry at approximately 10 per cent of its original size because there wasn’t much processing of crab and shrimp.

We survived in rural Newfoundland and Labrador because the people that had left for high paying jobs in Upper Canada kept their families home — bringing back much needed money.

Now in 2017 it is all bad news — crab and shrimp stocks have taken huge cuts, cod after 25 years are not coming back as was expected.

Back to 1992, the year of the moratorium, we had very low groundfish stocks, an exploding seal population, because the anti-sealing groups had destroyed our markets with their lies. The main diet of the cod and the seal and most everything in the ocean, including the whales and the birds, is capelin, a fish that DFO has never considered as very important to the ecosystem as was shown by a deal with the Russians in the late 80s, with 50,000 tonnes of capelin given to the Russians for five years up the Labrador Coast in exchange for Barents Sea cod.

They got 50,000 tonnes first year, the next year they were only able to catch 1,000 tonnes because they cleaned it up the first year. Is it any wonder that cod was extinct on the Labrador coast two years before the moratorium was called?

We have fished capelin right on through until there is very little left and what was caught last year was very small.

We expect our oceans to produce when we are destroying the food chain and now the seals are eating everything they can find and the cod are forced to eat scraps. Remember the stories last year of cod starving and not being fit to eat?

Exactly 25 years ago we closed the fishery for Newfoundlanders and Labradorians and allowed the foreigners to continue to pillage the stocks on the tail and nose of the Grand Banks and are continuing to do so today.

We are entering into a trade agreement with the European Union where we are sacrificing onshore processing. We have an exploding seal population that is having a dramatic effect on all fish left in the ocean and the very countries that we are signing an agreement with have refused to allow their people to buy any of our seal products.

In 1992, a moratorium was called on the Northern cod stocks — did we learn a lesson? I don’t think so.

If we had let Mother Nature heal herself, we would not be in the situation we are today, 25 years later.

We fished the cod and turbot almost to extinction because of greed, 25 years later they still have not recovered. In 25 years we have done the same to the crab and shrimp.

Our oceans have sustained us for so long, too bad that we have done so much damage to it the last 50 years.

A Man Who Always Had a Plan