Know how to make a snow crab do what you want?

Remember, they’re sweet and delicate and not to be pushed around.

Dr. Corey Morris, a research scientist at Fisheries and Oceans Canada, knows how important snow crab is as a fishery in this province. Morris, from St. Anthony, has always had an interest in fishing.

“I guess I’m steeped in the culture of fishing and in using the resources around us,” says Morris.

One of his interests is studying effects of man-made stressors on crab behaviour that could affect commercial catchability, in particular, lab experiments on the impacts of seismic activity. A crab pot is a crab pot, but what if he was able to manipulate the behaviours of snow crab? 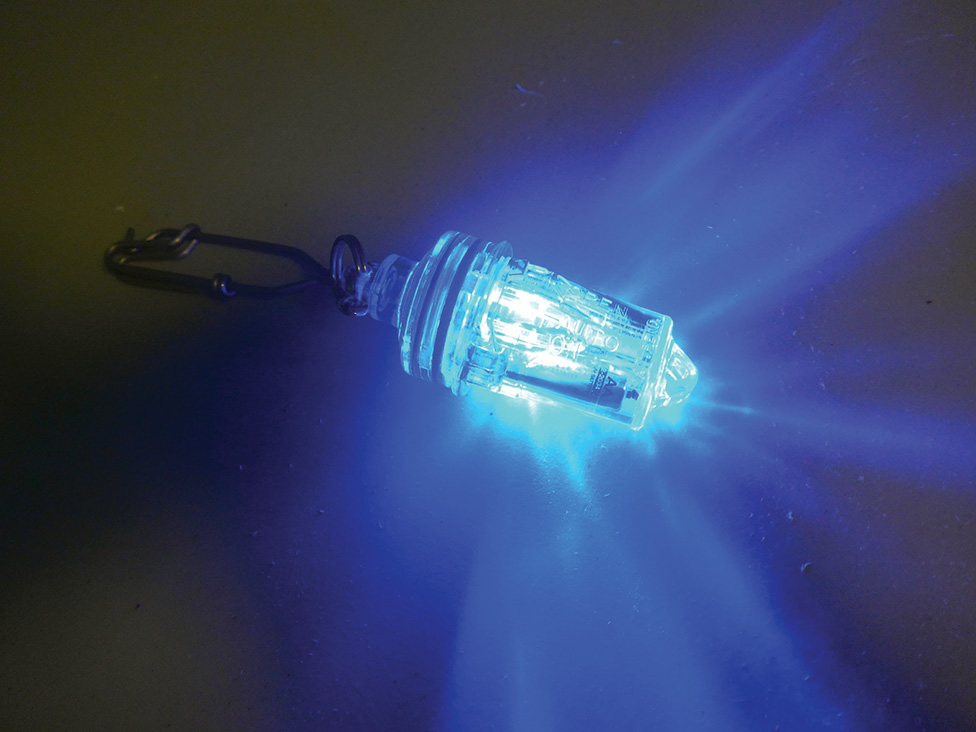 An example of an LED light used in the crab pots.

Could he control crab behaviour in tanks in the lab? “I was trying to influence their behaviour in a tank with little success, because the crabs were not responding to the squid that I was using as bait, in the laboratory.”

“Have you ever done behavioural experiments with snow crab in a tank before?” asks Morris. Winger is the director for the Centre for Sustainable Aquatic Resources.

“We were talking about how to get crab to do repeatable behaviours,” says Winger. “Different ways of luring and incentivizing crab.” Basically, giving crab a reason to change its behaviour. A better understanding of crab behaviour and factors that affect behaviour could be used to improve commercial fishing.

Right away, someone else came to Winger’s mind. At the Marine Institute was graduate student Khanh Nguyen from the Mekong Delta in Vietnam. Nguyen’s doctoral thesis is titled, Lighten up. Using low-powered LED lights to improve the efficiency and selectivity of fishing gear.

When Morris heard about the work that Nguyen was doing, well it was a match made in a crab pot.

“We made a merger in terms of trying to understand crab behaviour for experimental design purposes and then worked with Khanh to try and understand how this could relate to the fishery.”

The snow crab fishery is an important one. Canada produces 50 per cent of all snow crab globally. “You go to a casino in Las Vegas or L.A. or Miami and you have the all-you-can-eat crab legs,” says Winger. “They’ve been caught here in Newfoundland, cooked and boiled and exported to the U.S.”

So we know that snow crab like the bright lights of Vegas, but Nguyen had an idea. “Maybe snow crab can see the lights and they will react differently to different coloured lights,” he says.

Nguyen has seen fishing with lights before in his country, but the lights were shone only on the surface of the water. Nguyen was going to use different coloured lights and they were going underwater.

Advancements in LED lights have made this research possible. 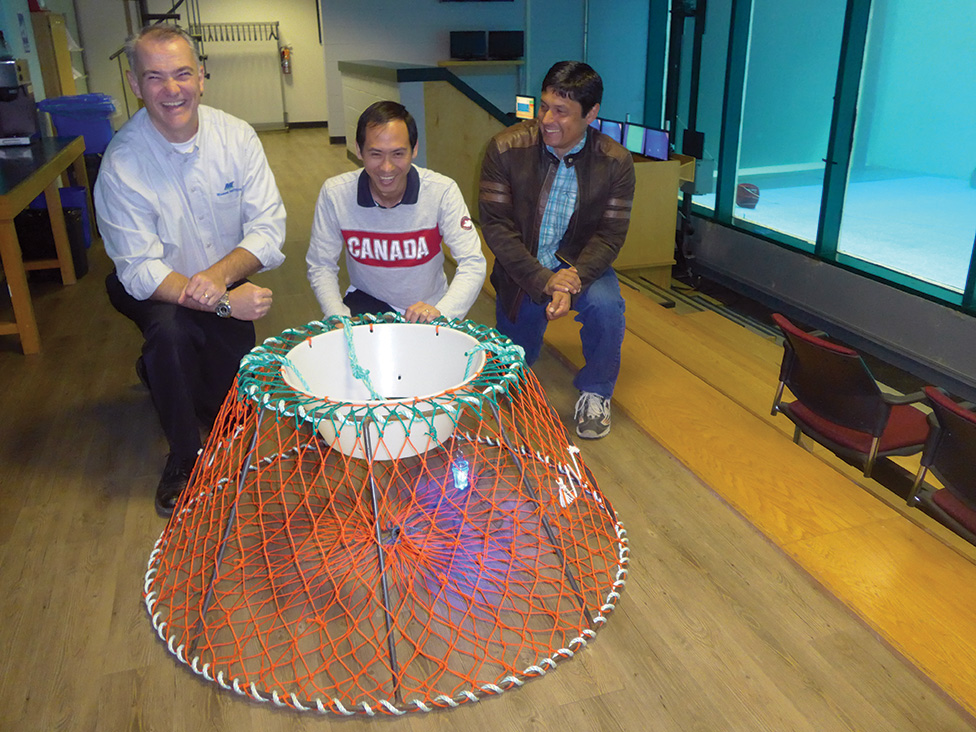 The first LEDs were developed in the early 1960s. Remember the little red light on the front of your television sets? These early LEDs were low-powered and only produced light in the low, red frequencies of the spectrum.

“Fishing with light goes back thousands of years,” says Winger. “But fishing with LEDs on fishing gear is a relatively new phenomenon and there’s been some excitement around applying them in new and creative ways. So, there’s a bit of an international buzz around this topic right now.”

Nguyen headed to a DFO laboratory where ongoing snow crab research was being conducted in tanks and, as Morris explains, “Khanh designed quite an elegant experiment looking at whether you use bait and a light, or if you just use a light in the crab pot, or if you use bait and a different colour of light, to see if he could detect any difference in the catch rate.”

Khanh’s research question had direct benefits to the work Morris was doing at DFO, as well as Winger’s fishery development research at the Marine Institute.

Nguyen picks up the story.

“In my experiment, I found that snow crab can see white lights.” Who knew? He also found that white and blue lights attract snow crab. But, he says, “The purple lights appear to have negative effects on the snow crab movement.”

Nguyen then took his light experiment fathoms deeper, out into the ocean. First, he conducted a small-scale experiment with DFO in Conception Bay and then started work with a commercial fishing enterprise from Petty Harbour. Nguyen says he conducted experiments to the depth of 90 fathoms. The lights he used can work up to depths of 300 metres with a battery life of 500 hours.

Did the fishers from Petty Harbour scoff at this notion, that different coloured lights could increase their catch?

Nguyen sailed out for 10 trips in April and May from Petty Harbour. The data was meticulously collected from 20 miles offshore and a sea depth of 90 fathoms. There are some really encouraging field results.

While natural light does not penetrate the inky black bottom of the ocean, once you attach a coloured LED on a crab pot and drop it overboard, it catches the snow crabs’ attention.

“Now that we know that snow crab can see colour, and they can see light, it actually can be used to increase the catching efficiency of the snow crab traps. So, that’s a fantastic discovery.” says Winger.

Nguyen hopes to make more discoveries as he “Lightens Up.”

“My path is focused on using artificial lights to improve the efficiency of the fishing gear as well to reduce the by-catch especially in the inshore fisheries.” Continuing research with LED lights includes offshore crab fishery applications and exploring changes in both light intensity and fishing duration to better adapt this emerging technology to the fishery.

“The Newfoundland and Labrador snow crab fishery has experienced reductions in recent years and that is a concern for many harvesters,” says Morris. “This type of research may provide advice that fishers can use to potentially improve their fishery.”

“When you use traditional bait like squid or mackerel, which is a food product in itself, it costs money and the cost of bait is increasing,” says Morris. “A light can last many, many days whereas traditional bait will last a shorter period of time. So, by using a light, the fishers may be able to adapt their fishing practices to save time, reduce the number and frequency of trips to reduce fuel and bait costs.”

So, when the snow crab season starts up next April and you’re out on the ocean and think you see a floating disco, that’ll be Nguyen, attaching LEDs to crab pots and counting out the catch.