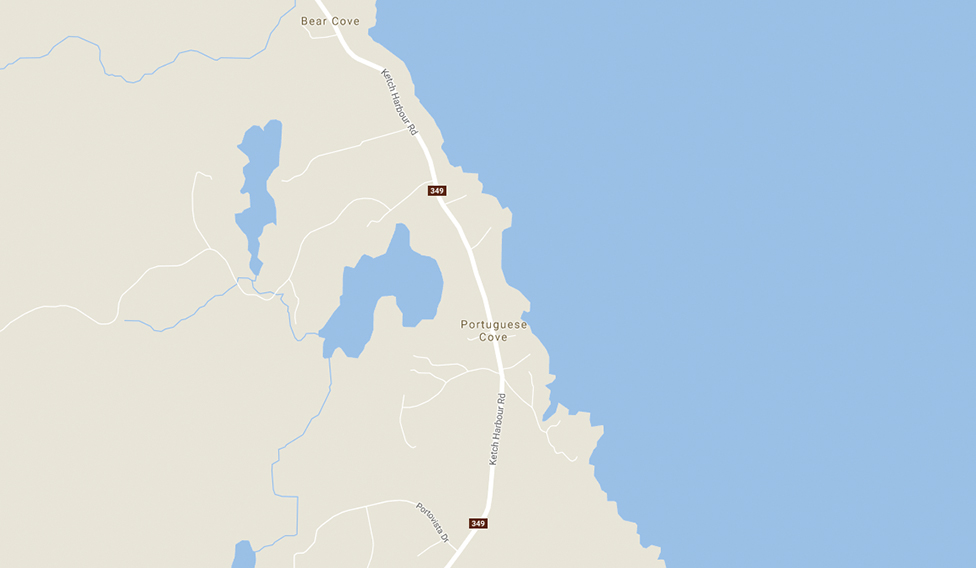 Ernest Thornhill – A Man of Uncommon Courage and Bravery

Captain Bert Boertien has had his fair share of injuries including broken bones in his fishing career.

The renowned fishing skipper from Souris, P.E.I. also had several close calls that could have been fatal, but on each occasion, luck and lots of it, was on his side. From his room at a nursing home in Souris, he loves to recount those stories and share them with friends. The Navigator was lucky enough to hear a few.

In 1969, Bert’s fishing vessel, North Bay caught fire and sank off Cape Breton. Luckily, the fire was relatively slow burning, allowing Bert and his crew time to get into a lifeboat and away from the 65-foot vessel.

But getting to a lifeboat is not always a guarantee of survival. However, Bert and his crew were again fortunate. It was a calm, clear day and a fisherman’s wife in a nearby town saw the smoke on the horizon and did something about it. The woman always worried about her husband when he fished alone, so she kept a set of powerful binoculars by her window to keep an eye on him.

That morning she scanned the ocean through her binoculars and noticed black smoke about a mile away from where her husband was fishing. Without hesitating, she called her husband on VHF radio and told him what she had seen. He stopped fishing and went to investigate. A half-hour later, Bert and his crew were safe and sound in the fisherman’s boat.

But Bert’s closest call was in the winter of 1956 when he was one of 19 crewmembers on the fishing vessel Cape Agulhas, a National Sea Products trawler based in Nova Scotia.

Bert barely begins telling his story before he repeatedly reminds you of the incredible bravery of one man. Bert is certain that all hands would have all perished that cold winter’s morning had it not been for the efforts of Ernest Thornhill. Ernest was originally from Fortune in Newfoundland and had recently moved to Nova Scotia.

The 138-foot Cape Agulhas was returning to Halifax on Tuesday, January 6, from a fishing trip and was nearly home when things took a turn for the worse.

Navigating was difficult because the radar and sounding equipment had malfunctioned while at sea. Things got tricky as the vessel approached Halifax harbour because it became foggy and a heavy sea developed as they drew closer to land. Bert was on watch, along with fellow Islander, Francis Gillis. They knew their approximate location, but without their navigational equipment working properly, it was hard to be certain.

“Francis had his head out the port window and I was on the wheel and glancing out the starboard side when he sang out that he caught a glimpse of a light. I went over and we both looked out, straining to see through the fog. We were also listening for any sound that would tell us if we were near shore. All of a sudden we heard a foghorn and that’s when we knew we must have been off Cape Sambro and the light Francis saw was the Sambro lighthouse.”

Knowing the entrance to Halifax harbour was just ahead, Bert maneuvered the ship along with only the compass to guide him. A little while later, his shipmate yelled that there were rocks off the port bow. Intuitively, Bert swung the wheel hard to starboard. Feeling something unusual was going on, Captain Jack Lilly rushed from his cabin to the wheelhouse and asked what was happening.

“I told him there were rocks on the port side and that I had changed course and turned the ship to the starboard to avoid hitting them. Well, he did something I will never understand: He grabbed the wheel and to my surprise, he swung it back, hard to port. A couple of minutes later she brought up solid, smack on the rocks,” Bert says.

The experienced seamen onboard the Cape Agulhas could tell by the loud crunch and the sudden jolt of the vessel when it struck the rocks that it was a very serious collision. It wasn’t long before their worst fears were confirmed. A crewmember ran up from below deck and said a large hole had been punctured through the port hull and water was rushing in at an alarming rate.

It was time to abandon ship.

But, as the crew soon found out, getting into a lifeboat from a steel ship already listing hard to the port side and grinding against rocks in large swells was not easy.

They tried to lower a lifeboat over the port side, but only managed to get it down a couple of feet before it struck rocks and although it was dark and foggy, Bert says they could see that within seconds, the lifeboat was reduced to kindling. They tried lowering the second lifeboat, but that one was on the starboard side facing the winds and seas and they couldn’t even get it down the side. With the oncoming wave pushing it hard against the ship’s hull, it too was a futile attempt.

Without a lifeboat, options for survival were scarce. Filling quickly with water, it would be just a matter of time before the vessel would founder.

Without thought for his personal safety, 28-year old Ernest donned a lifejacket, tied a rope around his waist and jumped over the port side.

“It was a small rope, 5/8 (inch) rope I think, and his plan was to secure the line ashore. We saw him jump but that’s all we could see because it was foggy and dark,” Bert recalls.

Bert and the others couldn’t see the large wave that threw Ernest hard against a rock seriously injuring his foot as well as breaking his leg. The impact stunned Ernest and for a little while, he lay motionless, clinging to the rock.

But a fractured foot and a broken leg bone, along with pounding seas in a bitterly cold ocean was not enough to keep Ernest Thornhill from carrying on with his determination to save the lives of his 17 shipmates.

Stumbling forward, sometimes swimming, sometimes crawling over jagged and slippery rocks, Ernest eventually made it to shore and somehow climbed up a cliff to secure the rope. After fastening the rope to the cliff, he signaled the men on the ship to grip the rope, one at a time, and pull themselves along hand over hand until they reached the beach.

With the heaving trawler, Ernest had to secure the line at the just the right height and tightness. If it was too tight, the rolling ship could snap the rope with a list to starboard — a roll to port could make the line too slack and drop the men into the water or crashing onto rocks.

Back onboard the Cape Agulhas, Bert says the men timed their attempts, waiting until the ship was at just the proper list to jump, clinging to the rope above their heads.

The last man to make it to shore was just in time.

Within minutes, the Cape Agulhas and her cargo of 120,000 pounds of fish ground against the rocks one last time and slid beneath the surface into 50 feet of water near Portuguese Cove at the entrance to Halifax harbour. It was all over in 10 minutes.

Someone in Portuguese Cove managed to get a glimpse of lights on the ill-fated trawler through the fog before it sank and gathered some people to help the 18 cold and shaken crewmembers. Ernest was taken to Camp Hill Hospital in Halifax where he spent 10 days. He was sent home to spend three months to fully recover. None of the others were injured and Bert Boertien along with several of his shipmates went back to sea fishing on another National Sea Products trawler that same day.

Ernest Thornhill performed super-human heroics that morning. Without his courage, superior seamanship and determination against all odds, Bert Boertien, Captain Jack Lilly and their shipmates would have all died on January 6, 1956.

Ernest was granted several awards and medals, including the George Cross, the British Commonwealth’s second highest award for bravery by a civilian. King George VI instituted the George Medal and George Cross in 1940.

Ernest was also awarded the Royal Canadian Humane Association Silver Medal for bravery and he was presented a gold watch from the City of Halifax.

Several years later, Ernest was boson on the trawler Red Diamond III, operated by Booth Fisheries. While at sea, again in a bad storm, a heavy cable snapped off and struck him. The cable had broken from one of the large metal rollers used to haul in nets. Ernest received broken bones, fractures and severe internal injuries.

The trawler was 250 miles south of Cape Race, Newfoundland, out of range to make a helicopter transfer. Ernest was eventually transferred to a large Greek ship that had responded to the distress call. While on board the Queen Frederica, the ship’s doctors amputated one of Ernest’s legs. He was transferred to a Hospital in Halifax but shortly afterwards, the brave Ernest Thornhill, age 37, died from his injuries.

Listen to the Capelin