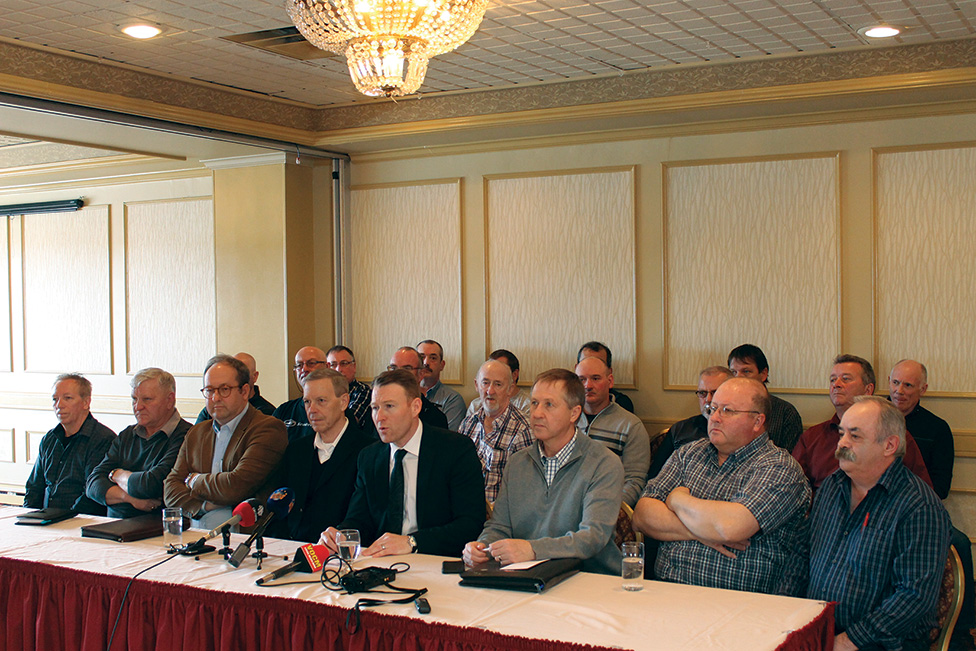 On April 8, the union representing fishermen and plant workers in Newfoundland and Labrador announced it has teamed up with some of the province’s fish processors to form the N.L. Groundfish Industry Development Council (NL-GIDC), with the goal of facilitating inter-industry cooperation in the revitalization of the groundfish industry.

The NL-GIDC will be comprised of equal representation from the harvesting and processing sectors. The harvesting members on the council will be represented by the Fish, Food and Allied Workers Union (FFAW-Unifor), while the processing sector will be represented by individuals from various N.L.-based processing companies, including Codroy Seafoods, Avalon Ocean Products, Beothic Fish Processors, Barry Group and Allan’s Fisheries.

The new organization stated at a press conference that its members will work together in the development of collaborative, industry-lead solutions to issues that will arise as the fishing industry transitions back to groundfish. The council will form a united lobby in order to provide advice and input on programs, policies, management plans and other initiatives from the governments of Canada and Newfoundland and Labrador.

“Much has changed in the economy, society and culture of Newfoundland and Labrador in the 25 years since the groundfish moratoriums, which included cod, were first implemented,” said Keith Sullivan, president of FFAW-Unifor. “As the fishery begins another transition period, stakeholders must work together to develop a strategic vision for the future of the groundfish industry.”

The NL-GIDC will produce a “Plate to Ocean” strategic plan to revitalize the province’s groundfish industry. The plan will focus on maximizing the value of N.L. groundfish products in order to improve the economic viability and the long-term sustainability of owner-operator enterprises, onshore processing plants and coastal communities.

“Investments in the re-tooling of onshore processing plants and the production of prime-quality, high value product will play an important role in the future success of the industry. By working together with other stakeholders, we can attract new investment to the sector and extract maximum value for our product in world markets.”

“We are at a critical juncture in our province’s history,” continued Sullivan. “A revitalized groundfish industry that is sustainable, economically viable and internationally competitive will act as an economic driver for coastal communities across Newfoundland and Labrador.”

The FFAW and processors that are part of the NL-GIDC have signed an agreement in principle — based on the discussions and outcomes of a Nov. 27, 2015 meeting between the union and the Barry Group, Beothic Fish Processors and Codroy Seafoods.

The agreement in principle stated that “the council will not have a mandate to participate in, provide input to, or influence the existing collective bargaining process, including the Standing Fish Price Setting Panel, between the FFAW, on behalf of fish harvesters and plant workers and the Association of Seafood Producers (ASP) and the Seafood Processors of Newfoundland and Labrador (SPNL), on behalf of processors.”