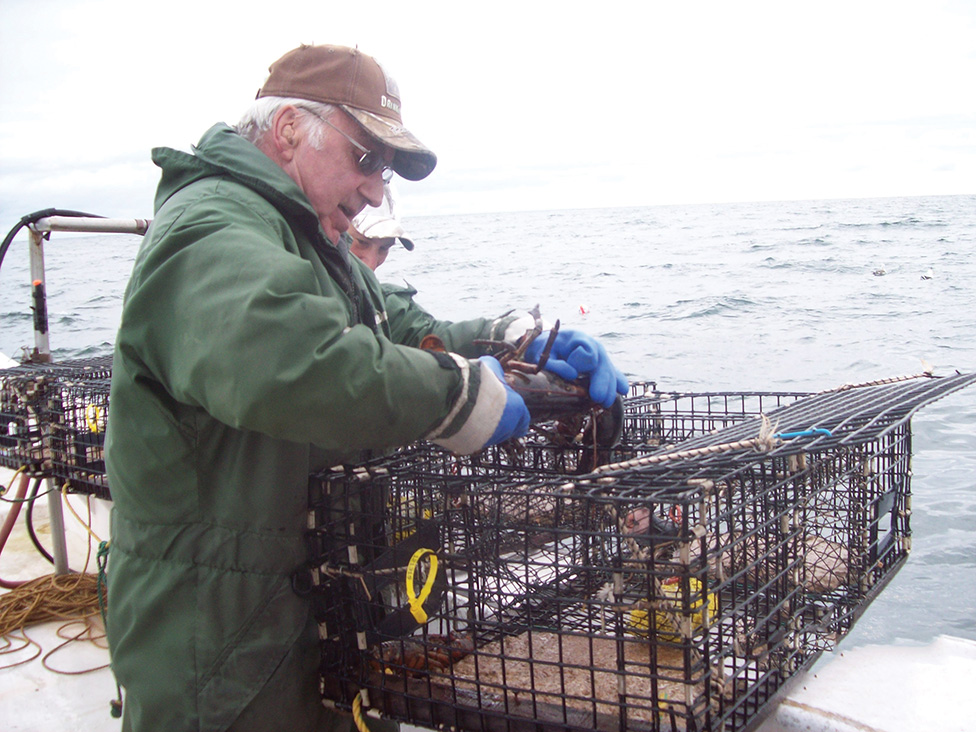 Fishermen in Northeastern New Brunswick’s Lobster Fishing Area 23 were pleased with the extra bonuses they found in their traps at the end of the season.

Over the last two weeks of fishing, fishermen were finding larger than usual market-size lobsters in their traps.

Almost on a daily basis, boats were arriving back at wharves with lobsters that weighed anywhere from two-and-a-half to five pounds. The largest caught at MacEachern’s Wharf in Tabusintac was an impressive eight pounds. 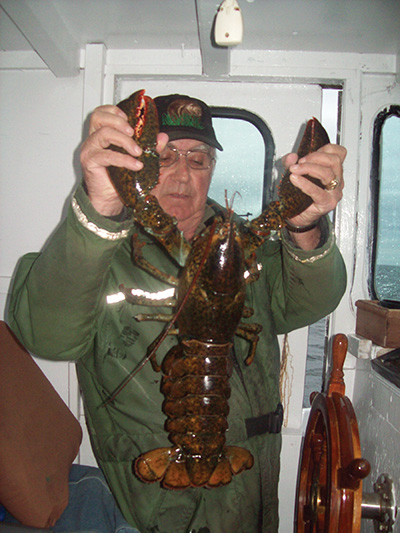 Eddy Robertson holds up one of the big lobsters caught this season.

“I caught four in one day that totaled 25 pounds,” said Ernest Robichaud.

While the fishermen aren’t sure of the exact reason the large lobsters are finding their way into the traps, a biologist with the Department of Fisheries and Oceans says it will be the norm rather than the rare occurrence it was in the past.

Marc Lanteigne is a biologist with the Aquatic Resources Division in the DFO Gulf Region.

“It is mostly at the end of the season these large lobsters will start appearing in the traps,” said Lanteigne.

He says there are many things that could be factors, including the warmer temperatures of the water, the traps are closer to shore and changes to traps and the size of lobsters that can be kept.

“Not having a lot of smaller lobster in the traps means bigger lobster has the bait to himself and will go after it. They’ll have a lot more room in the trap.”

Lanteigne says over the past few seasons, there have been some major increases in the size of lobsters fishermen can keep for the commercial market. It went from 67.5 mm in 2000 to 76 mm in 2015. 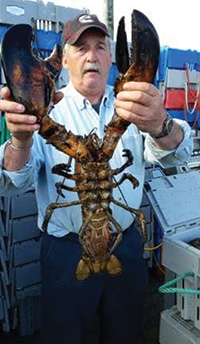 “My guess is in the near future you’ll see more of them because overall the biomass — the landing of lobster — has been very good.”

“The biomass of lobster in the last 10 to 15 years has been increasing. So there is more probability the lobsters will survive the fishery and grow to a larger size,” the biologist said.
Robertson, who is celebrating his 50th year as a fishermen, said he caught 20 or more of the bigger lobsters, something he had never experienced before.

“I can’t figure it out. I’ll be 70 soon and I’ve never seen this before,” said Robertson.

The fishermen said while years ago the catch consisted of more canners, it is the opposite now.

“You get twice the amount of markets now,” said Robertson.

But Robichaud is still talking about the big one that got away.

“The guys said it was at least two to three feet long. It was hanging onto the outside of the trap. They saw it when the trap was coming up in the hauler. It fell off before they could grab it.” 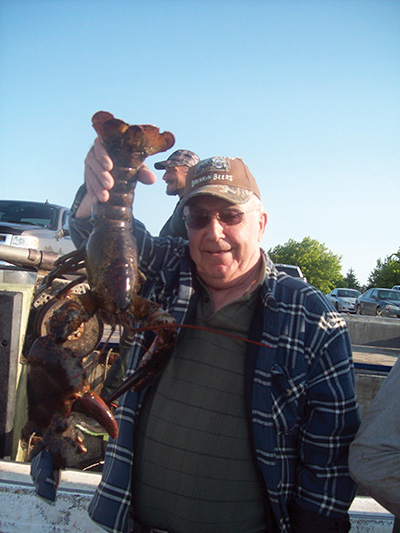 But the fishermen know the changes they’ve made with the government over the last 15 years have helped.

In addition to the big lobsters, fishermen also saw a large amount of small lobster, one to two inches, in their traps.

Robichaud says he hopes this is the result of the lobster seeding fishermen paid to have done and they’ll grow into some of the big market size they caught this year.

Lanteigne said it doesn’t matter the size, all lobster tastes good. Who could disagree with that?

No Replies to "N.B. Fishermen Seeing More Large Lobsters in Their Traps"