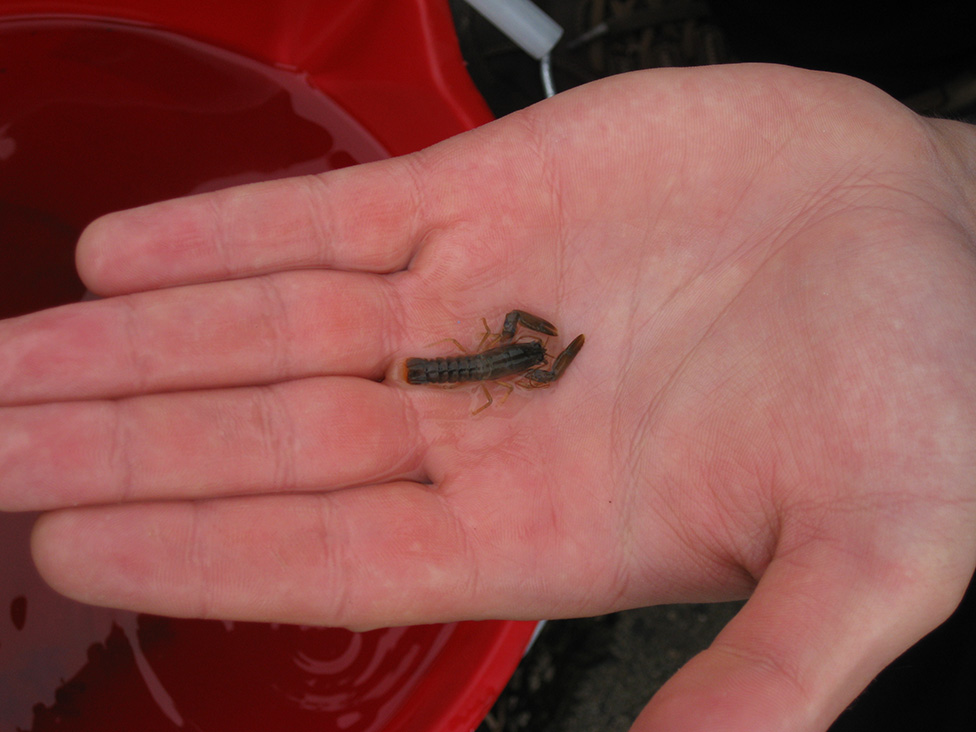 The most successful projects usually find their start at the grassroots level.

When the people and industry affected are part of the solution, then the end result is usually a good one.

That is what Homarus turned out to be.

The initiative began 15 years ago when lobster fishermen in the Maritime Provinces were concerned with the low landings. Members of the Maritime Fishermen Union (MFU) were seeing serious declines in their catches in many areas.

By 2001, MFU along with government and industry interests formed a new committee to look at sustainability with lobster and find solutions.

“The first solution they came up with was a hatchery project,” said Martin Mallet.

He is the director of Homarus and had his start with the project as special projects coordinator with the MFU in 2004. 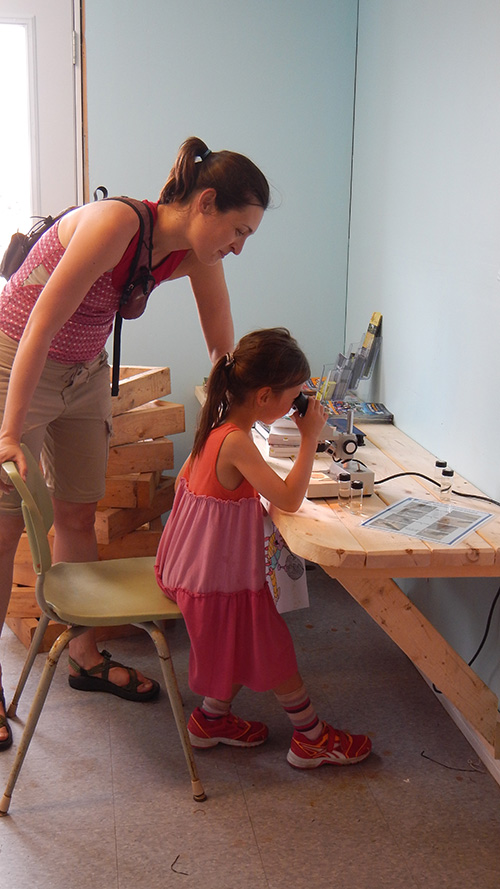 Guided tours of The Eco Centre

Homarus was incorporated as a non-profit organisation and a board of representatives from all the interest groups was involved. It functions under the MFU’s umbrella but is independent of it.

Homarus’s work can be listed under five fields of activities:

Mallet says a lot of the work with resource evaluation and fundamental research is done through collaboration with the Department of Fisheries and Oceans, universities and other research groups across Canada.

“It provides important research and data for us and for them.”

The education activity is the newest for Homarus. The organization operates the Homarus Eco Centre at the Pointe-du-Chene Wharf in Shediac. A small aquarium features sea life from the nearby waters but the focus is a small hatchery set to be up and running for the summer tourism season.

“We will be able to show people how lobsters grow from the egg to be an adult and how much time and effort is going into keeping that resource viable for the long term.”
Another part is visiting schools and giving a presentation about the life of a lobster and its importance to children.

When, during the interview, it was noted Homarus was doing remarkable work for the lobster fishery, Mallet was quick to credit the ones who started it.

“The grassroots of this project is the fishermen. At the base of all this, if you have the fishermen taking care of their fishery then that’s the best way to get things done. If you leave it to the Department of Fisheries and universities to do all this work, research, you don’t get the same results as working with fishermen and you get a backlash.” 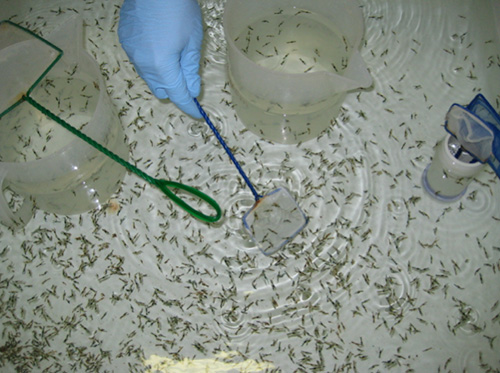 Mallet said when the ideas come from the fishermen and they feel they are part of the solution, it is much easier moving forward.

Two of the projects fishermen were involved with included lobster seeding and the building of artificial reefs that began in 2002.

“This was the basis of Homarus right at the beginning.”

Over that time, 2.5 million lobsters have been seeded in waters in Quebec and throughout the Maritimes. Mallet says it is a significant number when compared to other hatchery programs.

“There has never been this type of seeding effort ever,” he said.

Research conducted in 2008 and 2009 showed significant data to prove the lobsters do survive.

“Now, we can debate on the percentage that survive but at the cost of what the fishermen are buying them, at 25 cents a unit, you only need about five to 10 per cent to survive for a breakeven point.”

But the percentage is much higher. Mallet said they have data to show 40 per cent of the lobster seedings survive.

Fishermen from each region use funds to buy the lobster seedlings and build artificial reefs. The hatchery, based at New Brunswick Aquarium and Marine Centre in Shippagen, produces 300,000 lobster seedlings a year at a cost of $100,000 to Homarus. This is a long-term collaboration with the Coastal Zones Research Institute. 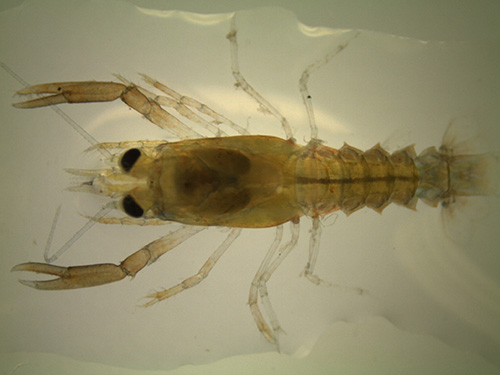 Lobster postlarva (Stage IV) under the microscope. This molt stage is considered the first benthic stage of lobster, where before they are completely pelagic. Lobsters reach this stage in the wild when they are about six weeks old. In a hatchery, development to stage IV takes two weeks.

Homarus has invested in equipment used at the hatchery but Mallet says there was never any intent for the organisation to operate one.

“It was cost prohibitive for us to do that. This collaboration also serves as research project for the institute.”

That is where Mallet started his work with Homarus. He was completing his masters in Marine Biology and was hired by the institute to work on a research project for oysters. While waiting to work on that, he was assigned to the lobster seedling program.

“It was not going well and they thought it would be the last year for it.”

But by the end of the season, seedling production had tripled the projected amount.

“MFU was so excited and they said look we want to hire this guy.”

Mallet’s family were fishermen from Shippagen. “My father broke the tradition and he became a chemistry professor.”

But Mallet says he does have fishing in his blood and loves to get out and fish when he can.

For his part, Mallet says the work of Homarus will continue with the mission on which it began. “The mission is still the same and it’s still pertinent to say today we are looking in the long-term of not only lobster sustainability as a resource but also lobster fishing as a sustainable industry.” 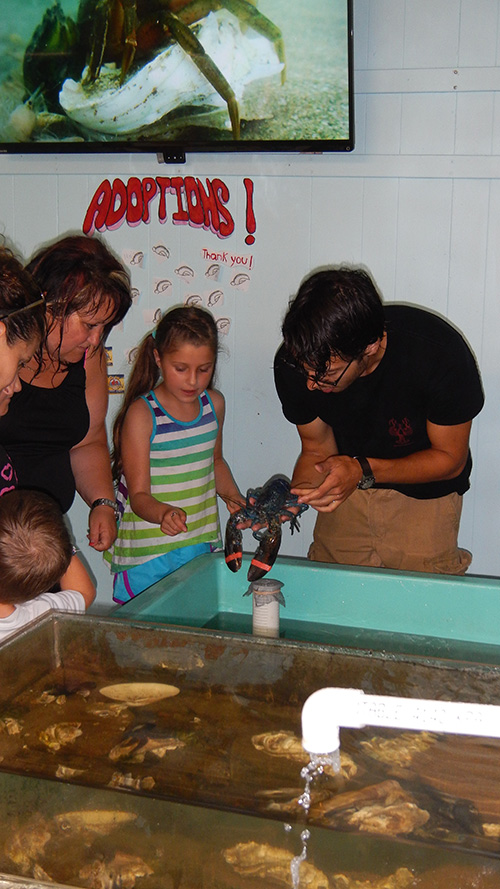 Mallet said the work to bring the resource back has been successful and credits the involvement of all involved, industry, government, and fishermen.

Now Mallet says the focus must shift to economic viability. “They can have all kinds of lobsters to fish but, if it’s not cost effective to go every day and fish then it’s not viable.”

But Mallet points out the fact that the lobster industry has been ongoing for over 100 years and has survived many challenges.

“If we are still there today it’s because of the tremendous amount of work done in terms of being sustainable and I think there is still work to do.”

Homarus employs 20 people during its peak season. The organization is based in Shediac.

No Replies to "Organization Doing its Part to Promote Lobster Sustainability"