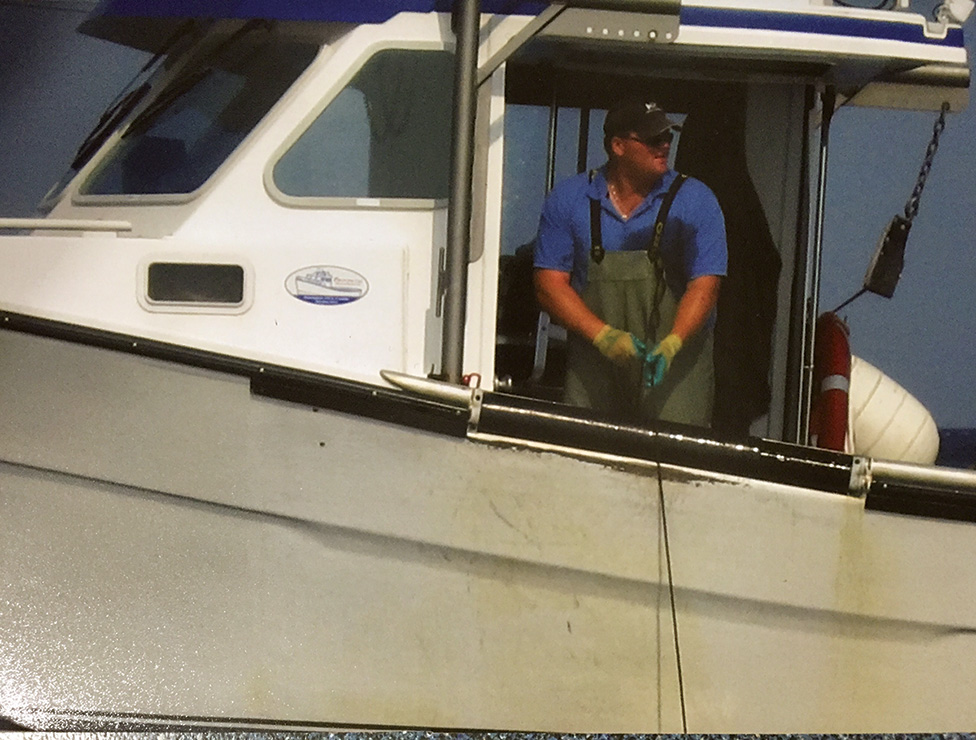 On September 22, Prince Edward Island lost an important and universally respected leader in the province’s fishery.

Tony Carter, a fisherman out of Red Head Harbour in Morell, was just 47 when he died suddenly. Tony was an active volunteer in the fishery for almost 15 years. He was the president of the Eastern Kings Fishermen’s Association (EKFA), a member of the board of directors of the PEI Fishermen’s Association and a long-standing member of both the LFA 24 Lobster Advisory Committee and the Groundfish Advisory Committee.

More than that, he was well-known as being a fair and honest representative for all Island fishermen. “Tony was the most passionate person I ever met when working on a particular issue,” said Craig Avery, President of the PEI Fishermen’s Association. “He was a true leader.” 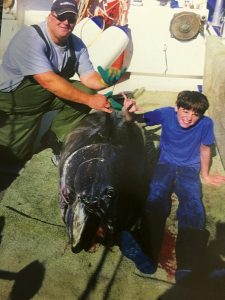 “I always called him Gentle Ben,” said his close friend and fishing partner, Terry Squires. “He was a great guy to fish with. He never got too worked up about anything.”

While Tony brought the voice of Island fishers to the table, he left his opinions at home.

“He never pushed his own agenda,” said Scott Bruce, Harbour Rep for the EKFA. “He tried to give people information, have a vote and what that’s what he went with.”

Over the years, Tony was involved in some of the most contentious issues facing the P.E.I. fishery and regardless of the issue, his sense of fairness was a common thread in all his work.

“Tony wanted to do the right thing for the fishery and fishermen,” said Provincial Deputy Minister of Fisheries John Jamieson.

“He was always thinking three to five to 10 years down the road. There was always an environmental component — he wanted to protect what we have, while still maintaining a living for people.”

Figuring out what the right thing to do is not always an easy task in fisheries management with so many fishermen, competing interests and limited resources for research. Tony became particularly involved in halibut work over the past five years. Like many fisheries, halibut quota allocation is rife with political involvement and interference, but Tony believed there could be a different way.

In 2012, after another devastating allocation decision, the Groundfish Advisory Committee decided to take another approach. Island fishers knew there was an abundance of halibut in their waters and needed to prove it.

The committee also questioned if there was a separate stock of halibut in the Southern Gulf like there are with cod. By the time the research project came together, it was November. The halibut tagging wasn’t supposed to start until the following season, but the committee was keen to get started. Tony offered his boat, found the bait and he and other volunteers went out on an unseasonably warm day in November to start the tagging project.

“It was an amazing day,” said Laura Ramsay, Research and Liaison Officer, with the PEI Fishermen’s Association. “After all the ups and downs, it was so great to be on the boat catching halibut to tag, seeing their hard work in action.”

In addition to the research project, Tony’s influence on the halibut fishery was felt on many levels.

He was generous with his knowledge and showed other fishers how to rig their halibut gear, he worked with DFO to change the management of the fishery and was the key P.E.I. representative at the special meeting of the Gulf Groundfish Advisory Committee last year in Montreal. 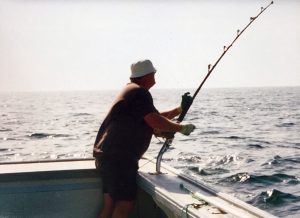 DFO works with the local fisheries advisory committees to develop management plans. Chris Mills is the Chief of Resource Management for P.E.I.

“Tony was great — very respectful and level headed in the way he approached the department in the negotiations,” he said.

A few years ago, DFO needed fishermen to come up with a new type of management for halibut. The P.E.I. fleet routinely went over its quota and the department wanted the problem addressed.

“We are still trying to find solutions to other issues that have come up and Tony was very much a leader in doing that,” said Chris.

The work to re-imagine a management style for halibut was ground-breaking and Tony’s work bringing together the Southern Gulf fleets around halibut is historic.

“Tony led a collaborative effort between New Brunswick, Nova Scotia, and P.E.I. to find common ground on which the provinces could begin a shared approach to halibut allocation,” said PEIFA Executive Director Ian MacPherson. “To anyone’s recollection this has never been done before, and it takes a special kind of person to head that up.”

Tony worked for many years to build relationships with fishermen and associations in Nova Scotia and New Brunswick.

“It was a testament to his character,” said Laura. “These groups have such a rich history of pissing each other off and Tony played a major role in getting them to agree. He had the personality to do it because there was a trusting way about him. It was only a few points of agreement for the three provinces, but he helped bring us together, and that is an incredible feat.”

Halibut continues to be a work in progress with more downs than ups for the P.E.I. fleet in this past year. Tony was committed to keeping the conversations going, building the relationships and doing the science they needed to better understand the fishery.

Melanie Giffin from the PEIFA worked closely with Tony to prepare and present P.E.I.’s perspective at the meetings in Montreal last year. “He had such a huge heart — fishing and family are what he cared about. Halibut, Helen, and Emma are what I heard about when we met. He raised the bar high for being a volunteer and what he put into the fishery. He will be missed.”

His legacy will live on, though. When Tony died, his family suggested memorial donations go to the P.E.I. Halibut Research and Development Fund. A commitment to not seeing Tony’s hard work go to waste seems to be shared by many.

By Sara Roach-Lewis, Special to The Navigator