The conservation efforts of the Department of Fisheries and Oceans (DFO) to protect North Atlantic right whales in the Gulf of St. Lawrence continue to delay, interrupt or even shut down numerous valuable fisheries.

To date, fisheries involving snow crab, toad crab, rock crab, lobster, whelk, turbot, winter flounder and halibut have, in some way, been negatively impacted by new right whale-related restrictions. As long as right whales continue to be seen in the Gulf, such restrictions will continue. Such closures are sure to have a negative financial impact on fishing enterprises across the region.

And now with right whales being seen in the Bay of Fundy, fishermen there are worrying the same restrictions might be placed on fisheries in that region.

All of these recent closures have brought the topic of ropeless fishing gear technology back to the surface. This technology was once thought of as pure science fiction, but not anymore.

The concept of using reliable fishing gear that is not attached by ropes to a surface buoy is not a new one, but has certainly garnered a lot more attention since the 2017 right whale entanglements and deaths made international headlines.

This technology is referred to as acoustic release fishing equipment and was first manufactured by Desert Star Systems, a company based in Marina, California. According to the company, the equipment dates from the mid-1990s when a lobster fisherman in Australia wanted to prevent trap losses from gear entanglement with ships.

The equipment replaces the typical surface buoy and vertical rope that lobstermen attach to their traps on the seafloor to identify the trap locations. Instead, the new equipment has a bottom-anchored mesh bag full of rope and floats that can open and pop up to the surface with an acoustic command from a boat.

Also, in the fishing technology pipeline is equipment that would inflate a bag to bring lobster traps to the surface. The ‘line-less lobster raft’ is sold by Sea Mammal Education Learning Technology Society, known as SMELTS, in Sedro-Woolley, Washington.

According to Desert Star Systems, a conglomeration of Canadian fishing associations, government bodies, seafood processing plants and the community at large has begun efforts to test the company’s ropeless fishing technology. But these are mainly small-scale, experimental tests.

Is ropeless fishing technology such as this really the future of the fishery, notably for snow crab and lobster?

Ultimately, it will be the markets and consumers of Atlantic Canadian seafood that will make that decision. 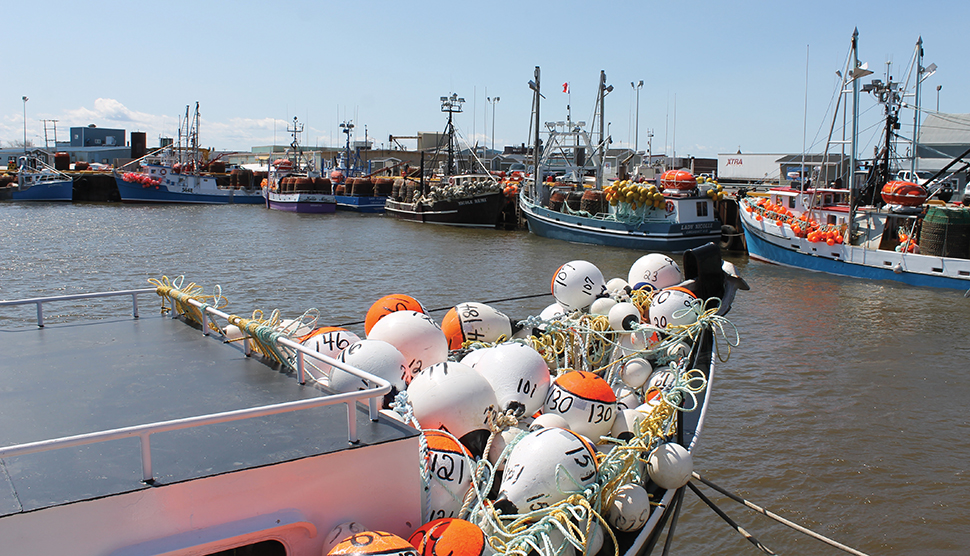 For example, after an emergency audit, with consideration given to the right whale deaths last year, the Marine Stewardship Council removed the Gulf of St. Lawrence snow crab fishery’s certification as sustainable.

International seafood consumers appear to be watching the plight of the right whales very closely.

The assessment of the right whale population is bleak, reported the Cape Cod Times recently. According to scientists Tim Werner and Scott Kraus, with New England Aquarium’s Anderson Cabot Center for Ocean Life and Mark Baumgartner and Michael Moore at the Woods Hole Oceanographic Institution, in a prepared statement of the new Ropeless Consortium based in Woods Hole.

Based on the overall deaths of right whales in the past half-dozen years and an imbalance in the deaths of females, the total population of less than 450 within two decades would have “so few females left that recovery of right whales would be impossible,” the four scientists said in the statement.

Still, the technology has encountered resistance among fishermen and rightly so. It is far from proven that such fishing gear can work reliably in the harsh conditions of the North Atlantic. And there is the cost. Currently, each release mechanism costs about $1,500 to $1,700 and can last for 10 years. It is ludicrous for anyone to expect fishermen to immediate absorb such a significant cost increase to their already fragile business enterprises. 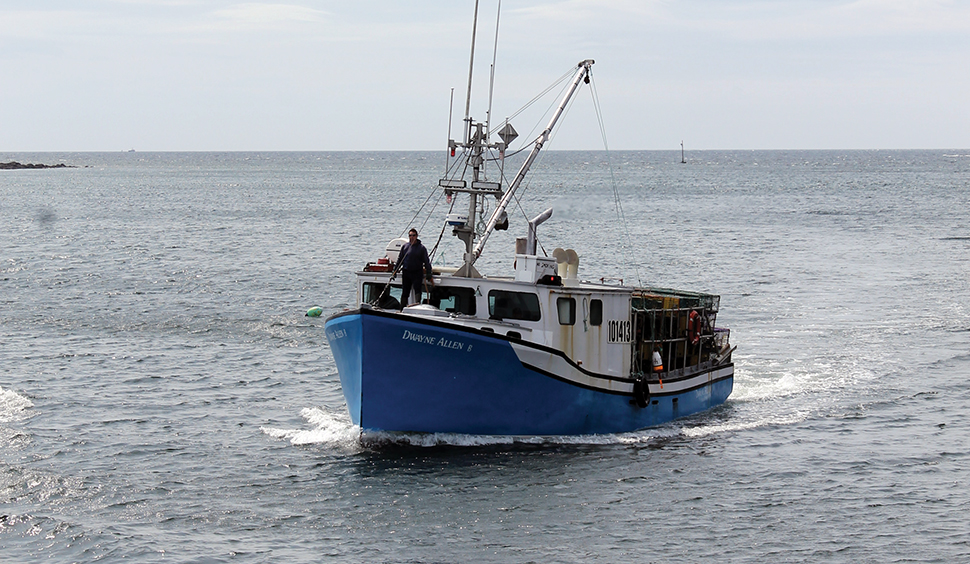 Right now, it is a question of priority and economy and socioeconomic survival of Atlantic Canadian fishing communities versus survival of a species.

But it is imperative that fishermen not be painted as the villains in this scenario. Obviously, something is happened in the ecosystem that is causing the North Atlantic right whales to migrate to the water of the Gulf of St. Lawrence. Fishermen, better than most, understand how the entire ocean ecosystem is interrelated and do not want to do anything that would harm or jeopardize a particular species.

In the midst of massive snow crab fishing closures, Robert Haché, director general of the Acadian Crabbers Association, told CBC this past spring that fishermen want to do all they can to prevent entanglements. That’s why they’ve committed to testing the modern traps and new technology.

Now is not the time for allotting blame and finger pointing, a lot of the technology needed to overcome the right whale concerns already exists. But the next step involves cooperation and patience. Consultations need to continue with the aim of establishing an experimental fishery funded by government or private foundations to get the technology in the hands of fishermen to use and improve.

No Replies to "Ropeless Fishing Gear Technology Surfaces Once Again"