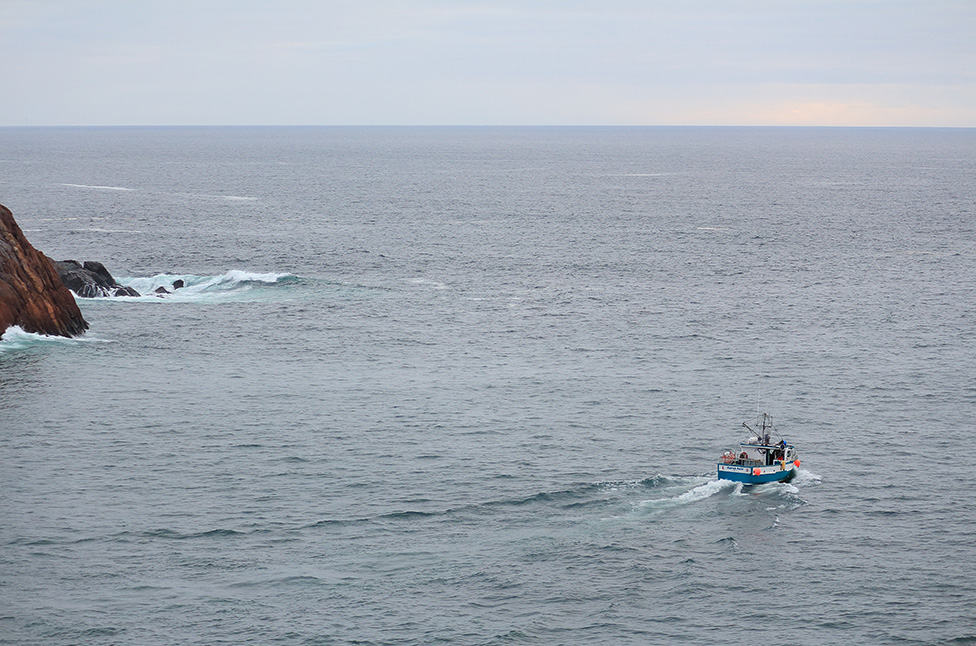 The Harper government certainly did a job on Fisheries and Oceans. Budgets were slashed, scientists muzzled, all in the name of having a balanced budget which Harper hoped would return his party to power for a third term. Fortunately, this didn’t happen.

The frustration of working under these adverse conditions led many of the department’s top scientists — the older and wiser cadre — to leave outright or take early retirement. These people are very difficult to replace.

This suspicion of the scientific community in the fisheries department didn’t begin with Harper, but he sure honed it to a fine art and this at a time when this magnificent orb we call earth was and is undergoing major changes in terms of climate.

The world’s oceans are warming up at the same time that they are becoming more acidic. Everything that lives in the ocean is highly sensitive to temperatures, so an increase of a degree or three can have dire repercussions. The same can be said about acid contents. Some clams have been identified on the U.S. side of the Gulf of Maine to be affected by this increase in acidity.

The Gulf of Maine, which includes the important fishing nurseries of Georges, Browns and German Banks, provides employment for thousands of people both in Nova Scotia and New England.  In the case of the Bluefin tuna fishery, the benefits extend to Newfoundland and Quebec.

It’s ice-free nature and varied collection of species from lobster to haddock, to herring to redfish, to scallops to clams is a key element in the economies of bordering provinces and states, so any shift in fish populations will have dire consequences.

I note that during the past winter, temperatures only dropped below 40 degrees Fahrenheit for two days, and then were up in the 40s again. This could lead to an early lobster moult for U.S. fishermen, which isn’t what they would like to see considering that prices have tumbled this past spring from what was paid a year ago.

It is therefore of the utmost importance that Ottawa rights the good ship DFO and pumps in the dollars necessary to re-stock the scientific segment of the department and give them enough money to come up with credible analysis of the state of fish stocks in our waters.

Fishermen have long had issue with scientists because a lot of times what the PhD folks said was the state of a particular stock wasn’t what they were witnessing.

What they questioned is how quotas can be set on so few trial fisheries conducted by the scientific sector. A few tows here and there just doesn’t cut it with the fishermen who usually know where and when a particular fish species can be located at any time.

A case in point is the furor of cusk and its possible inclusion in the protected species list due to its status as an endangered species, according to the scientists. But fishermen are finding cusk all over the Gulf and Bay of Fundy, so the possibility of it being protected and therefore disallowing any other fishery in these areas is puzzling to say the least.

Recently, a letter signed by 47 organizations and individuals implored the federal government to hurry up and repair the damage done to the fisheries by the previous administration.

They want previous habitat protections to be immediately reinstated because delay in the environment costs us dearly. Nature is very slow to pardon mistakes, the letter says.

At issue is the controversial 2012 Omnibus Bill. The commercial fishery took precedent over prohibitions against the harmful alteration, damage or destruction of any fishery. The act needs to be strengthened, not weakened.

According to Linda Nowlan of the West Coast Environmental Law Centre, one of the signatories on the letter said protecting commercially valuable fish without protecting the habitat for all fish just doesn’t work.

DFO Minister Hunter Tootoo has been advised  to restore the protections. In a letter from the Prime Minister, Tootoo was advised to work with the minister of transport to review the previous government’s changes to the Fisheries and Navigable Waters Protection Acts, restore lost protections and incorporate modern safeguards.

John Smol, an ecologist at Queen’s University in Kingston, Ont., says after the minister is done with that chore he can move to reforming the 150-year-old Act to put science at its heart and with a view to the future.

It is felt that an amended act should limit the discretion of politicians to override scientific evidence and enshrine cautions that ensure future generations enjoy the same fisheries as Canadians do today, Linda Nowlan adds.

This could be a tough one to sell because politicians always felt they could override the egg heads when push came to shove. And they were usually backed by their leaders.

It bears repeating that we need more and better fish science. Once that is achieved, the gap between fishermen and scientists should be removed to the benefit of all. But we need science to truly reflect the realities of the situation and this can only be done by pumping more cash into the department.

No Replies to "Scientists, Environmentalists Plead for Repairs of Damage Done by Harper Government"