See a Whale or Marine Mammal This Summer? “Tell Jack”

Why not add more sense of “porpoise” to your outdoor adventures this summer while you are exploring all the beauty Newfoundland and Labrador has to offer?

If you are out around our colourful and lively coast, have a keen eye on the ocean and shores for whales and leatherback turtles because Fisheries and Oceans Canada (DFO) wants you to “Tell Jack” what you see.

As a child, Lawson was “always reading encyclopedia articles about animals or watching television for nature shows. Of course, the big one at the time was Jacques Cousteau specials.”

“A lot of my books as a kid were his books with whales and dolphins in them” says Dr. Lawson. “While I liked whales, it was never a particular career aspiration. I wanted to study any animal.” 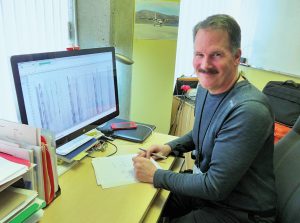 Jacques Cousteau once said “The sea, once it casts its spell, holds one in its net forever.” By the sound of it, the sea certainly cast a spell on Lawson at an early age.

Lawson first came to Newfoundland and Labrador in 1981 to do graduate work with seals.

“The first day I arrived in Newfoundland in 1981 my supervisor, Dr. Deane Renouf in the biopsychology program at Memorial University of Newfoundland, took me out to this point overlooking Kelly’s Island. In those days St. Philips was a rural spot and people still fished out of there for capelin and cod. She pointed out Bell Island and as we were looking two large fin whales came to surface and swam by. I recall saying ‘this is a great spot for marine animals,’” says Lawson.

“Tell Jack” is an awareness campaign to help DFO’s scientists understand more about the marine animals off of our coast. The name describes itself. Whale watchers, tour boat operators or anyone who sees marine animals are encouraged to tell Jack what they are seeing in our waters.

“DFO has a special email account for people to submit their information and pictures,” says Lawson. DFO also has a Twitter account for those on social media.

Newfoundland and Labrador’s stunning coastal trails offer spectacular ocean views and a front-row seat to marine animals in their natural environment. While you are out hiking the coastal trails this summer, or maybe just out for a drive along the coast, see if you can spot some of the biggest animals on earth‚ whales.

“Over the years I have received almost 100 reports via the “Tell Jack” email address, plus many more through my Twitter account. Many of these have provided useful imagery that DFO has used to confirm species identity and add to our humpback and killer whale image catalogues,” says Lawson. 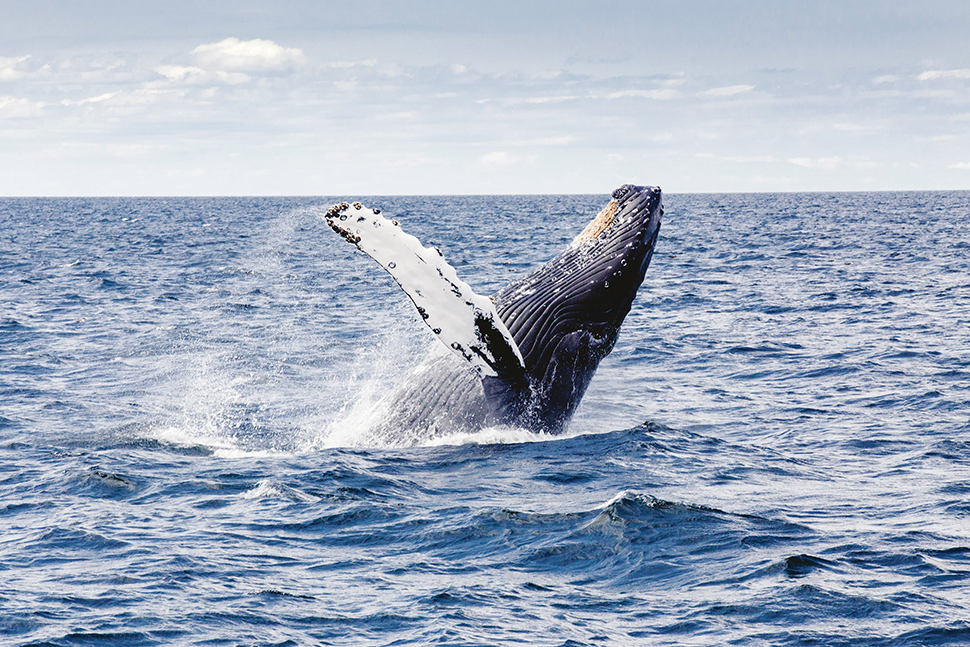 DFO wants to hear what kind of whales you saw, where you saw them and what they were doing. If you can snap their photo to include, that’s even better.

Any information that you send Lawson will be assessed and stored in a database. The data is used in marine animal catalogues to which scientists all over Canada contribute. The catalogue tracks what animals are being observed in different areas and takes note of their body condition, age and behaviour.

Not only are citizens contributing to DFO science, but boat tour operators are as well.

While out on boat tours, some operators record sighting events and post photos, or directly “Tell Jack” through the campaign’s email account.

Having so many eyes on the water adds to the richness of Lawson’s research and what information is collected for all Canadians. And this data is collected in areas and times that no government could afford to do with research vessels and aircraft.

What are the types of things you can look for?

There are some telltale signs that might indicate a whale is nearby. Lawson describes a cool feeding phenomenon called “carousel feeding’ that one might be lucky enough to witness.

“Killer whales have a real sense of community,” says Lawson. “Sometimes killer whales use this feeding method to catch their prey; carousel feeding is a cooperative hunting method that takes place in two phases: the herding phase and feeding phase.”

“The killer whales will surround their prey causing them to form a bait ball and once that happens the whales will take turns darting through the formation to eat,” says Lawson.

If there are sea birds circling overhead and diving into the water this might indicate carousel feeding as the birds try to take advantage of this delicious opportunity too.

“There are over 30 species of cetacean, six pinnipeds (seals) and walrus here in Newfoundland and Labrador. And that’s just the marine mammals,” says Lawson.

There are many large shark species seen in the waters surrounding the province, including the basking shark and the great white shark. Sunfish, also known as mola mola, are more commonly seen recently and of course there’s a good chance you might see a leatherback turtle, or the rarer loggerhead sea turtle.

But that’s not all.

“We get tropical fish coming up with the ocean warming and warm core rings that spin off the Gulf stream. Someone sent images of tropical fish hiding under a floating fish box off the south coast a couple of years ago,” says Lawson.

This “citizen science” programme has been happening for a number of years and has provided useful and valuable information to DFO’s marine mammal research.

Next time you see whales from a boat or from the shore be sure to Tell Jack. Email telljack@dfo-mpo.gc.ca or tweet @DFO_NL with the hashtags #whale or #leatherback.

No Replies to "See a Whale or Marine Mammal This Summer? “Tell Jack”"