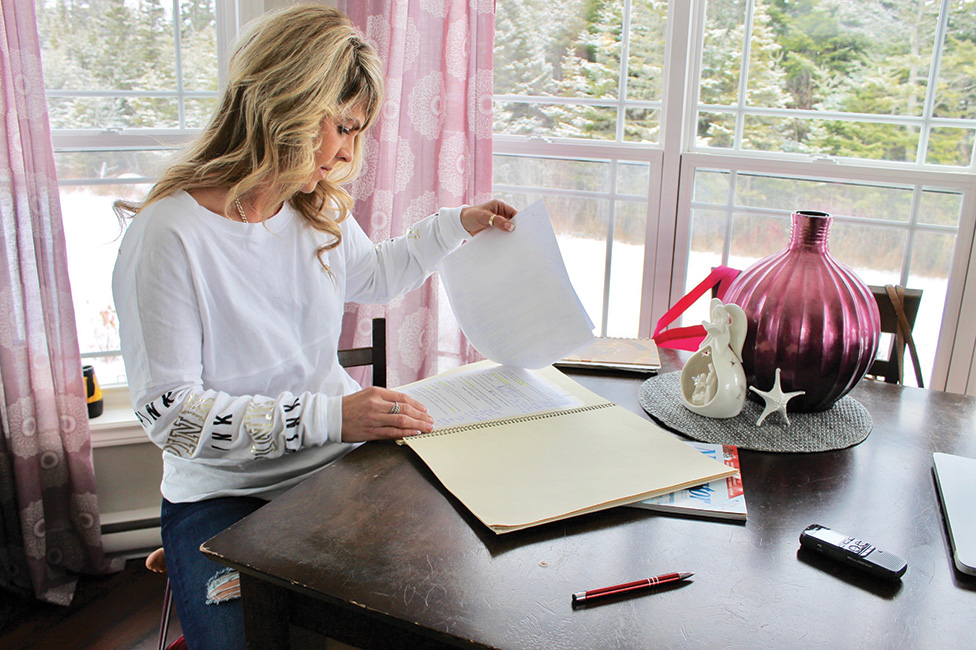 The Tragedy of the Miss Ally – Part II

The loss of the Miss Ally still sends chills down the spines of fishing families in southwestern Nova Scotia. Five young men died when the 44-foot vessel was overwhelmed by a huge wave as they were steaming home from a fishing trip. Last month, we introduced you to Della Sears Newell, the mother of the young captain of the Miss Ally. Della told us about her son and his accomplishments. She also told us about driving Katlin to the boat on February 12, 2013 and watched as his longliner headed out the harbour from West Head, Nova Scotia. It was the last time she would see her son.

This is Part II of The Tragedy of the Miss Ally.

Although there was a 12-year age gap between Billy, the oldest of the five and Katlin, the youngest, they all grew up in the same neighborhood and among other things, played hockey together. Billy had also fished with Katlin’s dad, Todd Nickerson.

All five were hard working young fishermen, so when Katlin purchased the Miss Ally, he didn’t need to look far for a crew. 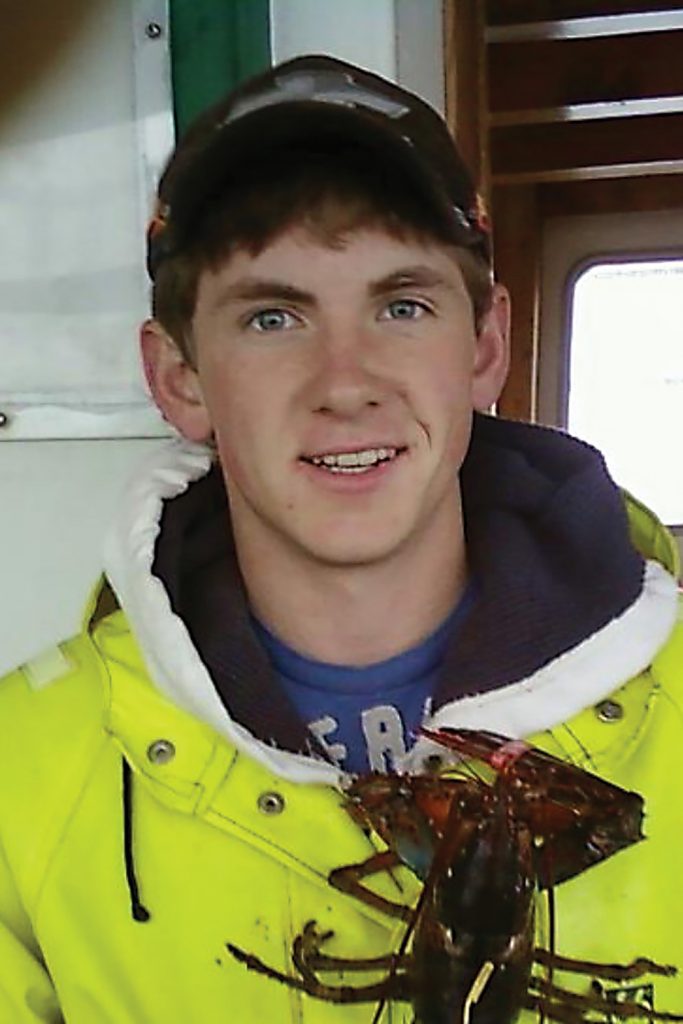 On Tuesday, February 12, 2013, Katlin was busy working on gear, preparing to leave for the fishing grounds that evening. The fall and winter lobster fishery is southwest Nova Scotia had been a tough season for fishermen because prices were poor. At just more than $3/pound, vessel owners could only hope to pay their expenses and keep their crews employed.

Winter is also halibut fishing season in southwest Nova Scotia and Katlin was eager to get out because halibut fetched a good price and for the relatively new owner of a 44-foot fishing vessel, a successful halibut trip would be a great help toward making additional payments, as well as making a few upgrades to his boat.

Della was away from the house on Tuesday afternoon. She called Katlin to see if he needed supper before leaving. He informed his mom that he would indeed like supper and asked if she could drive him to West Head afterwards. The Miss Ally was docked at the West Head wharf on Cape Sable Island about a 10-minute drive away.

Katlin ate quickly and finished supper about 5:45 P.M. and wanted to get on the road right away. Della and her son drove to Barrington first and picked up Billy and then on to get Tyson.

Arriving at the wharf, they saw that Cole was already there, so after dropping Billy off, Della and Katlin went to pick up the one remaining crewmember, Joel Hopkins.

As Della was approaching the wharf, Joel mentioned that the Miss Ally was not tied directly to the wharf as it had been earlier in the day, but rather was rafted outside another vessel.

Katlin said the owner of the other boat knew the guys were heading out that evening and must have changed the positions of the vessels to allow the Miss Ally an easier and faster departure.

“I remember finding a cap, a toque, in the truck and as I was stuffing it into Katlin’s clothes bag in case he needed it to keep warm, I was thinking how that it was a really nice thing that man did and I thought Katlin would probably turn out to be that kind of considerate captain too,” Della smiles.

When Joel and Katlin joined their shipmates onboard, Della says there was an air of excitement all round.

“It was a nice evening and everyone was eager to get going and I remember Cole was all pleased about having fixed a piece of heating equipment that was broken and there was just a good feeling of excitement onboard the boat that evening,” she says.

Della watched as the Miss Ally was heading out from the harbour at approximately 6:20 p.m. and off to the fishing grounds about 100 miles away. This was the Miss Ally’s second halibut trip for the season.

She took a few pictures and waved to her son and the guys as they steamed past the breakwater.

“I also remember feeling a little strange — a little extra worried, but then, I felt a little bit like that almost every time Katlin went fishing,” Della recalls, adding that her fear of winter seas was a constant. However, she, like other family members of fishermen, learned to cope with those anxieties so perhaps this evening’s concerns were merely a lack of controlling her worry.

As usual, when Katlin was at sea, Della talked to her son several times over the next few days. Katlin called to wish her a Happy Valentine’s Day on Thursday, February 14. He also told her about a problem with his mast light, a powerful light referred too many fishermen as “crab” lights because they were necessary for night-time fishing. 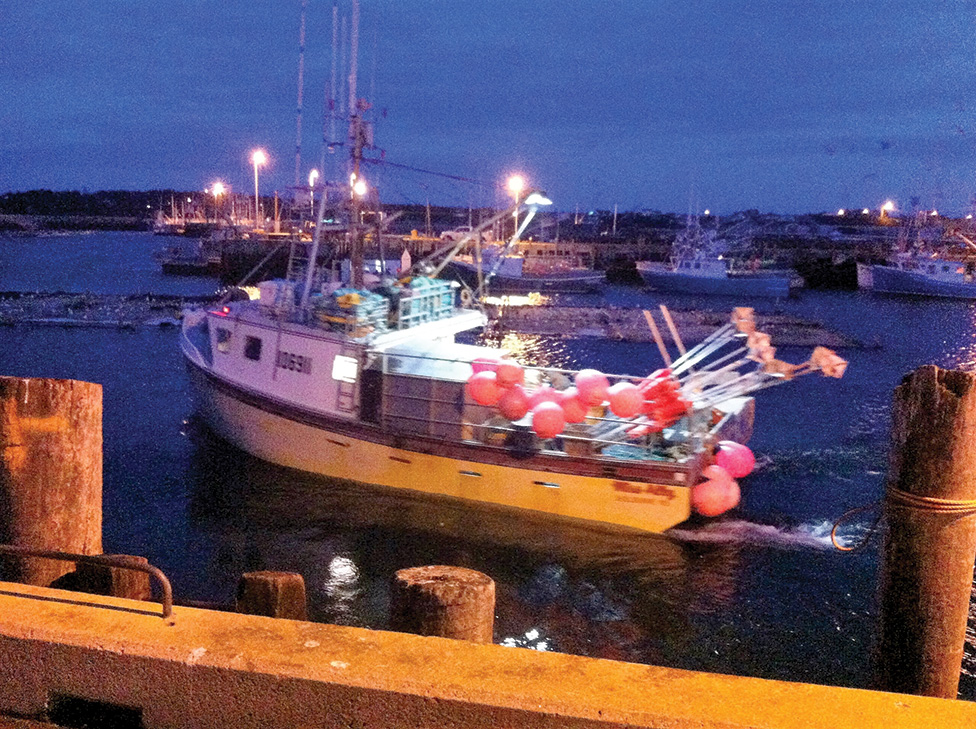 In recent years, those bright lights were used for several things, including spotting oncoming large waves in the night. The light itself appeared to be working but the inverter that powered the light seemed to be the problem. Katlin said he would like to talk to the business operator at the store where he bought the light to see if the man could suggest how to fix the problem.

He remembered that he hadn’t paid his bill for the light and asked Della if she could go to Barrington and make the payment because he would feel better about calling the man if he knew the bill had been paid.

Della’s chats with Katlin that week were generally short because she knew he was busy and she was only concerned about his well-being when they talked.

She never asked about whether catch rates were good or bad or what direction the wind was or any details about fishing.

“As long as he was well, comfortable and happy, that’s all that mattered to me,” she says.

Sandy Stoddard talked at length to Katlin about fishing though. The two discussed all sorts of things — things like their locations, winds and seas and all the usual banter fishermen get on with when they converse.

Sandy is a veteran fishing captain from Woods Harbour and kept a close eye on the younger fishermen in his region and was always there to offer advice or help if asked. Sandy was also fishing halibut that week and was in touch with the Miss Ally many times.

For the most part, there wasn’t a lot to talk about. Sandy was fishing about 125 miles northeast of Katlin, closer to Cape Breton and in a zone known as the Gully, while Katlin was in an area known as the Edge.

In fact, when the Miss Ally was steaming to the area, Katlin asked Sandy for coordinates of areas that the veteran fisherman might consider a good place for him to set his longlines.

“I told Katlin it should be half decent fishing pretty much anywhere in that area at that time of year, but I did give him a couple of coordinates.”

The weather that week was fair.

“It wasn’t great but not too bad, you could fish but you had to be a little careful on deck,” Sandy explained.

But the fair weather was about to come to an abrupt end at the end of the week.

On Friday, February 15, the weather forecast called for strong winds and heavy seas to develop offshore Nova Scotia by Sunday. On Saturday, things grew more ominous and weather warnings were issued. There was a low-pressure system developing of Cape Hatteras, North Carolina that was going to track north, intensifying as it moved.

Snow, strong winds and a sea state causing waves of 25 feet or higher were expected by Sunday night.

For boats at sea, that was a strong message it was time to head for port and for vessels 100 miles or more offshore, the sooner the better.

Join us next month for Tragedy of Miss Ally — Part III.

No Replies to "The Tragedy of the Miss Ally - Part II"