Thurber, 64, passed away on October 16. Born on March 23, 1957, he started fishing at age 17 and had salt water in his veins. An advocate of the lobster fishing industry, he spent 35 years representing the fisherman of Long and Brier Islands on the lobster advisory committee, working for a better future for the next generation on the water. He was a member of the Bay of Fundy Inshore Fishermen’s Association and advocated for the rights of the ground fisheries. He also was a founding member of Off the Hook, a group delivering fresh caught fish direct from the boat to individuals.

MacLeod, 83, passed away on October 15 at the Sacred Heart Community Health Centre. He was born in St. Rose on September 21, 1938, to parents John R. and Elizabeth “Bessie” (Rhymer) MacLeod. He was an experienced miner and iron worker, and finished his working days as a crab and lobster fisherman.

Robichaud, 65, passed away on October 11 at the Yarmouth Regional Hospital. Born on December 24, 1955 in Cap Sainte-Marie, he was a son of the late Pierre and Angèle (Frontain) Robichaud. He spent much of his life on or near the sea, as a sailor venturing as far as the Arctic Circle and as the manager of the wharves of Clare.

DesChamp, 88, passed away on October 16 at the Roseway Hospital. Born on January 17, 1933 in Shelburne, he was the son of the late William and Sarah DesChamp of Shelburne. He was an entrepreneur and prided himself on hard work, being self taught, and had a passion for boatbuilding from the early age of 15. He was the owner of DesChamp & Jackson Boatbuilders Ltd. for over 55 years, recently retiring and selling his business. He was a member of the Nova Scotia Boat Builders Association until his retirement and was honoured to receive a Lifetime Achievement Award.

Roache, 79, passed away on October 16 at the Roseway Hospital. Born on July 17, 1942 and raised in West Head, he was the son of the late Mervin and Eleda (Oickle) Roache. Aside from four years in Lockeport, he lived the rest of his life in West Head. He was known as the unofficial Mayor of West Head. He left school at age 15 to help support his parents. He worked at National Sea Products for a few years and then fished with his father. When his father had to leave the fishery due to ill health, he struck out on his own. He retired from the fishery in 2009.

Faye, 83, passed away on October 13 at the Roseway Manor. Born on December 21, 1937, he was a son of the late Josiah and Minnie Faye. He was a fisherman for most of his life.

Nickerson, 82, formerly of Woods Harbour, passed away on October 7. Born in Woods Harbour on March 23, 1939, he was a son of the late Wallace and Glenora (Nickerson) Nickerson. He grew up in Woods Harbour and started making his living on the water at a young age. He was a successful fisherman, owning and operating several vessels over the years.

Hausgaard, 85, passed away on October 11 at the Yarmouth Regional Hospital. He was born on April 16, 1936 in Hirtshals, Denmark. He was a son to the late Otto and Anne (Jensen) Hausgaard. Growing up in the seaport town, he and his three brothers had many adventures along the low cliffs and rocky beaches. In 1971, he moved to Yarmouth, N.S. He worked on many different sea vessels over the years. Before retiring in 1996, he was chief engineer on Marine Atlantic’s Bluenose ferry. 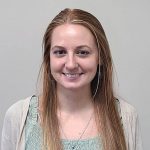 Maggie grew up in Hampton, New Brunswick and has a BSc in Marine Biology from the University of New Brunswick. She moved to St. John’s, Newfoundland in 2016 where she completed her Master’s in Fisheries Science and Technology at the Marine Institute. During her time at MI, she travelled to Nunavut several times to work on inshore multi-species resource assessments near two Baffin Island communities (Iqaluit and Kimmirut). She likes gardening and enjoys camping and hiking with her dog Zeppelin. 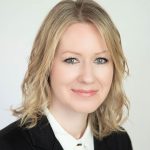 TriNav Marine Brokerage recently welcomed Yolanda Morgan onboard as its newest Newfoundland-based marine broker. Yolanda was born and raised a fisherman’s daughter in the vibrant fishing community of Port de Grave and has lived in the Port de Grave/Bay Roberts area all of her life. She started working with her father at age 15, helping take care of the business/accounting aspects of the family fishing enterprise and has had a passion for the ocean and the fishery ever since. After high school, Yolanda completed a Diploma in Business Administration and currently works as a realtor. In her spare time, she enjoys volunteering with minor hockey, her local school and church, as well as the Port de Grave Recreation Committee, Girl Guides of Canada, Heart and Stroke Foundation and Crohn’s and Colitis Foundation. Yolanda is excited to work with new and existing brokerage clients and is committed to go above and beyond with each and every transaction. 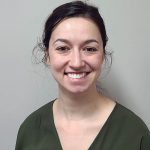 Having grown up in Middle Sackville, N.S., Marie developed a passion for the ocean and the Atlantic Canadian commercial fishery. This interest continued throughout her education where she graduated from Dalhousie University with a BSc in Marine Biology. In 2016, Marie started her career as an at-sea observer with Atlantic Catch Data (ACD), where she worked as an observer on multiple groundfish trawl vessels on Georges Bank as well as an Assistant Operations Manager. During her time at ACD, Marie made over 20 trips to Georges Bank and developed a strong understanding of fisheries policy, regulations and the harsh environment in which harvesters operate. At home she likes baking, reading and spending time with her 15-year-old bichon dog Chase.