Why Do We Process Fish?

A couple of months ago, I asked the question, “how should we define success in the fishery in Atlantic Canada?”

I went on to suggest we need to reconsider what it takes to be successful, because what we have been doing hasn’t been working.

Last month, I continued with that overall theme by asking the related question, “why do we fish?” This month, I will go to the next step in the value chain and ask, “why do we process fish?”

When your day job is catching fish, it is easy to think that the fishery is about catching fish. But it’s not. It’s about supplying consumers with fish products they want and are willing to pay for.

The only reason we catch fish is to sell it. That means we need someone to buy it.

In North America and most other relatively affluent countries, very few people are interested in buying fish right out of the water. The vast majority of people do not know how to turn a whole fish into an enjoyable meal. They want someone else who knows more than they do to do that work for them.

Fish processing plants do the initial stages of converting fish into products consumers want to buy. In effect, they prepare the fish for market. By doing so, they add cost and value to the raw materials they purchase, hoping they add more value than cost. Then, someone closer to the point of consumption turns the product into a meal.

How plants prepare the fish depends on the market where the products made from them will be sold. Markets can be categorized in terms of geography, use and time.

We sell nearly all our products in export markets — e.g. the United States, Europe, China and Japan. Each of these markets has distinctive ways of preparing and eating food. Therefore, the products — the cuts, the quality, the package size, the presentation — they want from us and what they will do with them differs, reflecting their local preferences.

In China, for example, they have historically liked to buy fish whole and fresh — even alive, if they could get it. But in North America, consumers want fish without any skin or bones. The Japanese “eat with their eyes,” so quality and presentation are critically important. 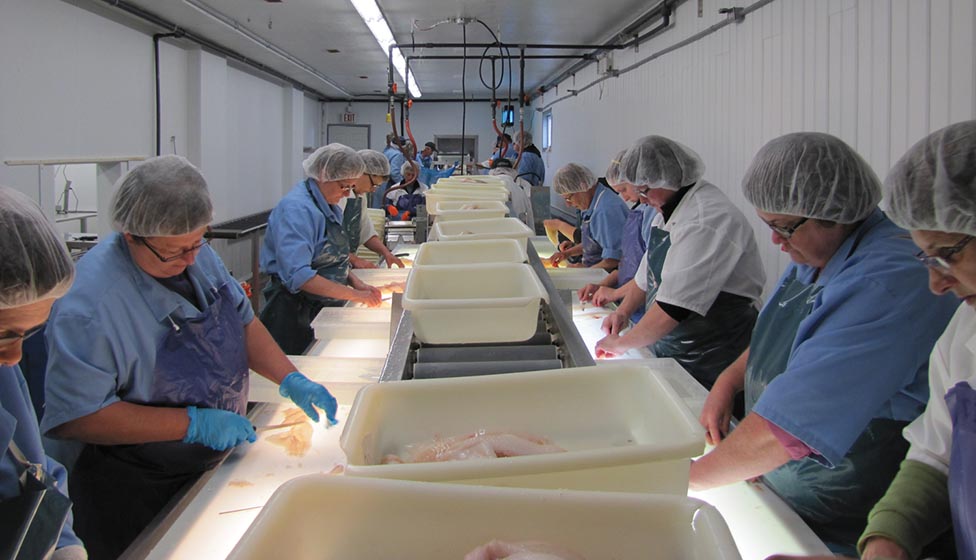 It must also be recognized that, even within countries, there are regional differences. Some regions consume more fish than others. For example, people living near the ocean or a large lake typically consume more fish than others who live further inland. And there can be regional cooking styles. Anyone who has been to France or Italy can attest that different parts of those countries have their own regional cuisines, based on their local history and traditions.

Within any geographical market, there are different users of fish products, who do different things with them.

Retail stores offer consumers products they can take home, to prepare a meal themselves. Increasingly, they are now offering products where some of the meal preparation is done, so consumers can finish the preparation with a minimum of knowledge, time and skill.

Restaurants and other commercial feeding operations offer consumers fully prepared meals they can consume right away. But what they offer ranges from relatively inexpensive “fast” food, to moderately-priced family dining, to expensive gourmet meals. Each of these user groups wants and is willing to pay for a different type of product that fits its particular mode of operations.

For example, portion control is extremely important for restaurants, because they sell meals and portion size has a big impact on their profitability. That means they want portions to be very consistent in size. Retail stores are less concerned about that, because they typically sell their products by weight, not by the portion.

Processing plants convert the fish they buy — the raw material — into the products the buyers they sell to want. And they must be able to do it at a cost comparable to the costs their competitors incur. Otherwise, they won’t be able to compete — either they will have to charge too much for the product or they will have difficulty covering all their costs. It is not an easy proposition.

In Atlantic Canada, most fish plants have no guaranteed supply of raw material. They must compete on a daily basis with other buyers to get the raw material they need. That doesn’t happen in any other industry I can think of.

Can you imagine someone investing in a mill to make paper without having an assured supply of wood or a plant to process minerals without a certain supply of ore? I can’t, either.

Plants also have to deal with very high seasonal peaks in landings for a short period and little or no supply during other parts of the year. That means they need a lot of capacity for the peak period that is not well utilized at other times. It is difficult to justify investing in plants and equipment that are used for only a short period of the year. 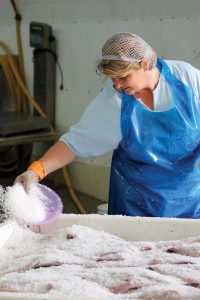 Instead of investing in equipment, plants continue to depend on human labour to do most processing tasks, simply because people can be laid off during slow periods, but equipment can’t. That means production costs are mostly variable, rather than fixed. But it also means employment is seasonal. And the labour force is now aging, retiring and shrinking and has been for some time.

Younger people are not interested in seasonal employment and have moved on to better opportunities elsewhere, so plants are increasingly having difficulty recruiting the people they need.

Plants are expected to sort those variable raw materials into products that are consistent in quality, so buyers can count on getting the same quality every time they buy. It is not an easy thing to do, especially when you have to deal with large volumes in a short season, using labour-intensive processes subject to human error. So, our outgoing quality is often more variable than buyers want or expect and the prices we get for our products reflect that.

Then, plants have to deal with the buyers themselves. They are typically much bigger organizations with deep pockets that buy from others, as well, so they don’t necessarily have to buy from a plant that can’t give them what they want at the price they are willing to pay. In other words, buyers have much more bargaining power than the plants they buy from.

The problem is made worse by the fact our plants produce large volumes in a short time, have a lot of money tied up in inventories, and need to get their money back to continue operation.

As I said above, we process fish to add value to the raw material. And, as I said in last month’s column, the quantity of raw materials available has been steadily shrinking over time — except for lobster. With a smaller quantity, we need to add as much value as possible, because the industry’s revenues and people’s incomes depend on it.

The processing sector has been shrinking. The number of plants and the number of plant workers are both lower today than they were even five years ago. But we still have more plants than we need for the quantity of raw material available. That means plants continually struggle to obtain enough raw material to make ends meet, so it is likely — and necessary — that the numbers will shrink even more.

In the meantime, the plants that remain can’t afford to invest in the equipment they need to be competitive with suppliers from other jurisdictions, where labour costs are lower or automated equipment is used to reduce costs.

For the reasons outlined above, our processing sector is struggling and its competitiveness is eroding even further over time.

Unless, we make significant changes, Atlantic Canada will have little choice but to sell increasing quantities of unprocessed or semi-processed raw materials to other parts of the world for further processing. We won’t be able to capture the extra value that is added by the processing sector.

How is that different from the period before getting the 200-mile limit in 1977, when foreign fleets came to Atlantic Canada, harvested our fish and took it back to their home countries?

Is that the future we want? If that is what we think is a successful industry, it won’t really be much of an industry.

As I said two months ago, how we define success is important. And, as I said last month, we catch fish to generate revenue and earn incomes, not simply to catch fish.

But how much revenue we can generate and the incomes we can earn depend very heavily on the processing sector. If we want to get more revenue and earn better incomes from the fish we catch, we need the processing sector to be able to turn out products that can be sold in more valuable markets. We need to enable them to do that.

Historically, the harvesting and processing sectors have been more adversarial — even antagonistic —towards each other than cooperative. That approach doesn’t work for anybody. Maybe it feels good to fight but wouldn’t it feel even better to have more money to spend?

The fact is both would be better off if they collaborated more in the effort to serve markets better and create more value that can be shared between them. As someone once said, “If we don’t hang together, we will all hang separately.”

No Replies to "Why Do We Process Fish?"