The much-anticipated face-to-face event is scheduled to take place November 19–20, 2021 — kicking off the 7th edition of this biennial event.

Pre-registration is now open and visitors are encouraged to plan their visit early to save money, get their show badge in advance and skip lines at the venue. Registration is $10 in advance, or $20 at the door.

“As our nation works to stabilize our economy, trade shows will play a key role in bringing people back together, with health and safety top of mind,” said Show Manager, Shawn Murphy. 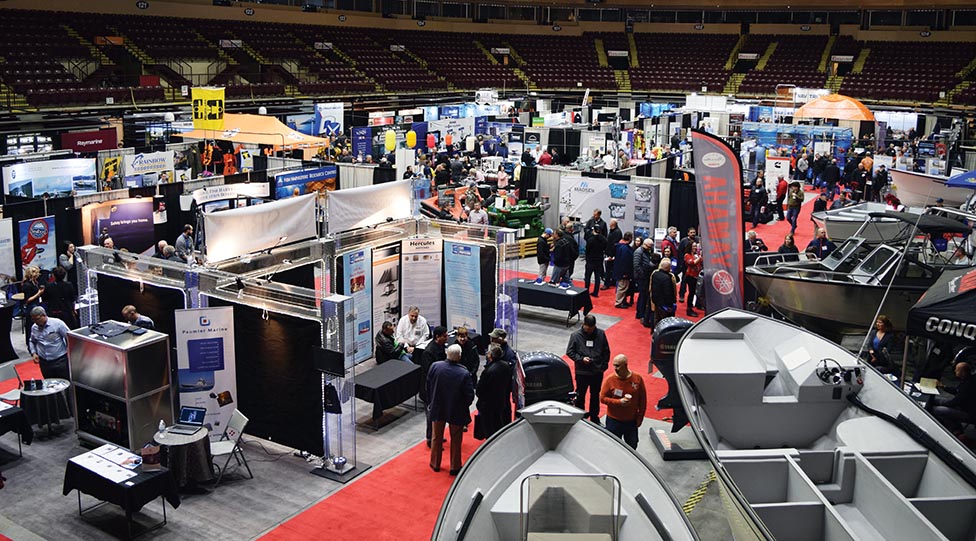 “We will be working jointly with both the Province of Newfoundland and Labrador and the Mile One Centre to ensure that this event can take place safely for all involved.”

Presented by The Navigator Magazine and produced by Master Promotions Ltd., this show is a can’t-miss opportunity for those who work within the marine industry. Show features include boats, engines, supplies, safety gear, fish processing and everything in between.

“We believe in the strength of face-to-face business and networking opportunities that this event provides. Therefore, we could not be more excited to bring everyone together again this fall,” says Murphy.

For complete show details, visit www.NAFISH.ca or find the show on Facebook.

Members of FFAW-Unifor recently congratulated the Liberal Party of Canada for its successful re-election and Justin Trudeau on his forthcoming reappointment as Prime Minister.

In early September, FFAW delivered its Federal Recommendations and Election Questionnaire to all parties with the platform For Now and For The Future, calling on the federal government to address a variety of fishing and labour issues.

“The sectors within our membership demonstrated their resilience during some of the most challenging economic times in recent history,” says Keith Sullivan, FFAW-Unifor President.

“Our priorities reflect a need to improve the livelihoods of workers throughout the province, stimulate our economy by ensuring Newfoundlanders and Labradorians are the primary beneficiaries of our adjacent resources and create opportunities to strengthen fisheries management and achieve a more prosperous and sustainable future.”

“In the Liberal Party’s previous term in government, some progress was made on commitments made to FFAW members, including protecting the independence of inshore, owner-operator fish harvesters through the passage of amendments to the Fisheries Act that enshrined owner-operator and fleet separation policies in law. However, there is much work left to be done when it comes to fair quota allocations for Newfoundland and Labrador harvesters, meaningful consultations and consideration for social, economic, and cultural factors in fisheries management,” FFAW stated in a press release.

Implementing a proper licensing process, creating a classification system for coastal areas and engaging with key stakeholders regarding the open pen aquaculture licensing process are top of the list in the mandate letter for newly minted Nova Scotia Minster of Fisheries and Aquaculture Steve Craig.

“As Minister of Fisheries and Aquaculture, you will:

According to his biography, Minister Craig was first elected to the Nova Scotia House of Assembly for Sackville-Cobequid in a by-election in 2019 and was re-elected in 2021.

He was elected to the Halifax Regional Municipal Council to represent District 15, Lower Sackville, in 2012 and was re-elected by acclamation in 2016.

Craig retired after a 30-year telecommunications career that began with MT&T in 1975.

New President at the Helm of Coldwater Association

“I’ve always been involved in some sort of fisheries politics I’ll call it,” said Amirault in an interview.

“I’ve been a port rep for a long time and was a founding member of Coldwater. It’s always been one of those things. Somebody needs to be sitting at the table because there’s always something coming down the pipe.”

Amirault takes over from Bernie Berry who served as the Coldwater president since its inception in 2014.

Amirault said all through the Atlantic provinces people have stepped up and turned fishermen’s organizations into what they are, resulting in representation and a voice at the table.

Under Newfoundland and Labrador’s aquaculture AP 17 Public Reporting Policy, abnormal mortality of equivalent of 10 per cent or higher must be publicly reported. The company’s updated report was posted on the Newfoundland Aquaculture Industry Association’s website.

This is a site-specific event, and no abnormal mortalities have been identified at other nearby sites. The affected fish were at marketable size and removal efforts are ongoing. Harvesting of the remaining live fish began on September 20.

Under oversight of the department, the company is taking all responsible steps to address the incident. Mitigation measures include deeper nets and aeration equipment at the site. Department staff have been conducting sampling and observing seining activities, with the full cooperation of the company.

The company’s public reporting confirms that government’s strengthened public reporting policy is working. Marine Harvest Atlantic Canada has been fully transparent and cooperative with the department.

The P.E.I. International Shellfish Festival has been cancelled for 2021.

“Due to the evolving public health situation in the Charlottetown area, we have made the difficult decision to cancel the 2021 P.E.I. International Shellfish Festival,” the organizers announced in a press release. 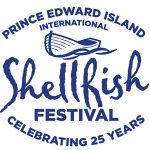 The cancelled event would have been the 25th annual shellfish festival. It was scheduled to run Sept. 16–19.

Organizers said the board has been working for the last six months to prepare to offer a safe and fun event.

“This is not the outcome we were hoping for, but our community’s safety remains our number one priority,” the release said.

Tickets will be automatically refunded, organizers said, noting it could take 14 days for refunds to appear on credit cards.

In past years, as many as 3,000 people filled one tent during parts of the festival. Festival organizers had been planning on cohorting (grouping people together), demanding that festival goers be double vaccinated and strongly recommending everyone wear masks.

The MLA noted the industry’s right whale conservation measures it has developed and implemented over the past two decades. The group cited that there has only been a single right whale entanglement in Maine lobster gear over that time period.

“NMFS is targeting Maine lobstermen because it is easy. We’re a bunch of small, owner-operated businesses. Taking on Canada and the shipping industry is hard,” commented Cutler lobsterman Kristan Porter, president of the MLA.

“Maine lobstermen understand the need to protect right whales, but if NMFS really wants to save right whales, they should be going after the things we know are actually killing them rather than dismantling our fishery piece by piece.”

According to the MLA’s complaint, “NMFS’s mandate ignores the reality that the Maine lobster fishery already has an extremely low incidence of interaction with right whales due, in part, to a suite of mitigation measures that have been implemented for many years. Reducing its already low impact by another 98 per cent is not possible without driving most of Maine’s harvesters out of business permanently.”

Small and mid-sized seafood businesses across the United States have been  invited to apply for the inaugural cohort of Scale Your Local Catch (SYLC) program.

Applications are open online through November 5, 2021, for the program beginning in early December and concluding in April 2022.

The organizers told The Navigator “at least initially, SYLC is limited to businesses located in the United States due to the content of the sessions, which focus on taxation, employment law, etc… that is applicable in the U.S. As the program evolves, expanding the content for Canadian businesses is certainly something that will be considered.”

SYLC is produced by The Local Catch Network, based at the University of Maine and is offered at no cost through a grant from the U.S. Department of Agriculture’s AMS Farmers Market Promotion Program (FMPP).

It was developed in partnership with Ecotrust and alongside Orca Design Group, Oasis Consulting, Farm Commons, Winona Dorris of CFO Consulting Services and Davis Wright Tremaine, with the goal of strengthening local and regional seafood systems by addressing challenges associated with direct marketing and by building the knowledge, skills and networks needed for direct marketing seafood businesses to scale up their operations and increase their capacity and viability for long-term resilience.

“We are thrilled to have the opportunity to engage with and facilitate connections between innovative small-scale and community-based seafood producers to strengthen local and regional seafood systems,” said Jordan Richardson, Coordinator of the Local Catch Network.

“We’ve successfully built a training program for farmers, ranchers and fishers in the Northwest to expand their ability to feed the region. I’m excited to work with the Local Catch Network and our partners to expand the model and reach communities across the country,” said Tyson Rasor, Fisheries and Food Systems Program Manager at Ecotrust.

Thordon’s heavy-duty elastomeric bearing materials have been keeping the Comeau Marine Railway operational under locally concentrated loads and in some of the harshest, abrasive waterways for more than 40 years.

“The patent slip, or marine railway, a cost-effective alternative to a conventional drydock or synchrolift, uses a large cradle on rolling stock to hoist vessels out of the water up an inclined rail track,” said Thom Hofmann, President, Avalon Marine, Thordon Bearings’ Nova Scotia-based distributor.

“Over the past 40 years, the railway has used all types of bearings, including phenolics, bronze, Lubrite®, but as far as I can tell the best success the yard has had has been with ThorPlas-Blue.”

Thordon’s XL and SXL bearings were also used in this application, but in 2018 Comeau made the decision to install 110mm (4.3in) diameter ThorPlas-Blue bearings in the critical areas of high loading wheels of the ship cradle.

“After inspecting several wheels and looking at how the ship hoist was being operated, we learned that two vessels were routinely loaded at the same time,” said Hofmann. “This meant that the entire load capacity was concentrated over a longitudinally central section of the cradle, requiring the use of extreme performance bearing materials.

“Performance was further compounded by the fact that the marine railway, which operates all year-round, is located in the Bay of Fundy, an area on the southwest coast of Nova Scotia noted for its extremely high tide. A large amount of abrasive sand and sediment would frequently flush down the estuary and end up covering the tracks and wheels.”

Hofmann added, “While the earlier XL and SXL bearings performed as well as could be expected, the cradle needed something more robust. We considered a number of Thordon options and after considering the commercial implications, the owners opted to use ThorPlas-Blue material as it was the best option.”

Avalon designed the bearings and supplied the material as rough moulded tubes so the shipyard could quickly and easily machine and install the bearings between drydockings.

Joe MacDougall, General Manager, Comeau Marine Railway, along with his assistant, Brian Amirault, stated: “We haven’t had any issue as yet, all is good. The ThorPlas-Blue has been in use now for a couple of years and, so far, the material has not failed, despite the uneven loads, sand and debris.”

The success of the bearings is in no small part a result of the upfront engineering by Avalon. Access to this superior bearing material has allowed Comeau to improve bearing wear rates and reduce maintenance time and costs, while significantly improving yard performance.

Reflecting on the Legacy of Bruce Wareham