The following is the departmental mandate letter sent to Bernadette Jordan, Minister of Fisheries, Oceans and the Canadian Coast Guard by Prime Minister Justin Trudeau.

Thank you for agreeing to serve Canadians as Minister of Fisheries, Oceans and the Canadian Coast Guard.

On election day, Canadians chose to continue moving forward. From coast to coast to coast, people chose to invest in their families and communities, create good middle class jobs and fight climate change while keeping our economy strong and growing.

Canadians sent the message that they want us to work together to make progress on the issues that matter most, from making their lives more affordable and strengthening the healthcare system, to protecting the environment, keeping our communities safe and moving forward on reconciliation with Indigenous Peoples. People expect Parliamentarians to work together to deliver these results and that’s exactly what this team will do.

It is more important than ever for Canadians to unite and build a stronger, more inclusive and more resilient country. The Government of Canada is the central institution to promote that unity of purpose and, as a Minister in that Government, you have a personal duty and responsibility to fulfill that objective.

That starts with a commitment to govern in a positive, open and collaborative way. Our platform, Forward: A Real Plan for the Middle Class, is the starting point for our Government. I expect us to work with Parliament to deliver on our commitments.

Other issues and ideas will arise or will come from Canadians, Parliament, stakeholders and the public service. It is my expectation that you will engage constructively and thoughtfully and add priorities to the Government’s agenda when appropriate. 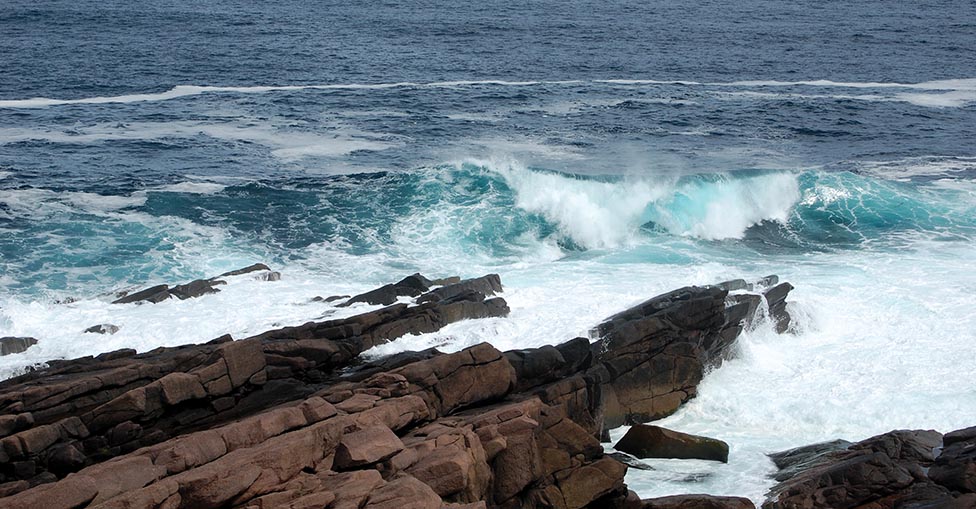 Where legislation is required, you will need to work with the Leader of the Government in the House of Commons and the Cabinet Committee on Operations to prioritize within the minority Parliament.

We will continue to deliver real results and effective government to Canadians. This includes: tracking and publicly reporting on the progress of our commitments; assessing the effectiveness of our work; aligning our resources with priorities and adapting to events as they unfold, in order to get the results Canadians rightly demand of us.

Many of our most important commitments require partnership with provincial, territorial and municipal governments and Indigenous partners, communities and governments. Even where disagreements may occur, we will remember that our mandate comes from citizens who are served by all orders of government and it is in everyone’s interest that we work together to find common ground. The Deputy Prime Minister and Minister of Intergovernmental Affairs is the Government-wide lead on all relations with the provinces and territories.

There remains no more important relationship to me and to Canada than the one with Indigenous Peoples. We made significant progress in our last mandate on supporting self-determination, improving service delivery and advancing reconciliation. I am directing every single Minister to determine what they can do in their specific portfolio to accelerate and build on the progress we have made with First Nations, Inuit and Métis Peoples.

I also expect us to continue to raise the bar on openness, effectiveness and transparency in government. This means a government that is open by default. It means better digital capacity and services for Canadians. It means a strong and resilient public service.

It also means humility and continuing to acknowledge mistakes when we make them. Canadians do not expect us to be perfect; they expect us to be diligent, honest, open and sincere in our efforts to serve the public interest.

As Minister, you are accountable for your style of leadership and your ability to work constructively in Parliament. I expect that you will collaborate closely with your Cabinet and Caucus colleagues. You will also meaningfully engage with the Government Caucus and Opposition Members of Parliament, the increasingly non-partisan Senate, and Parliamentary Committees. 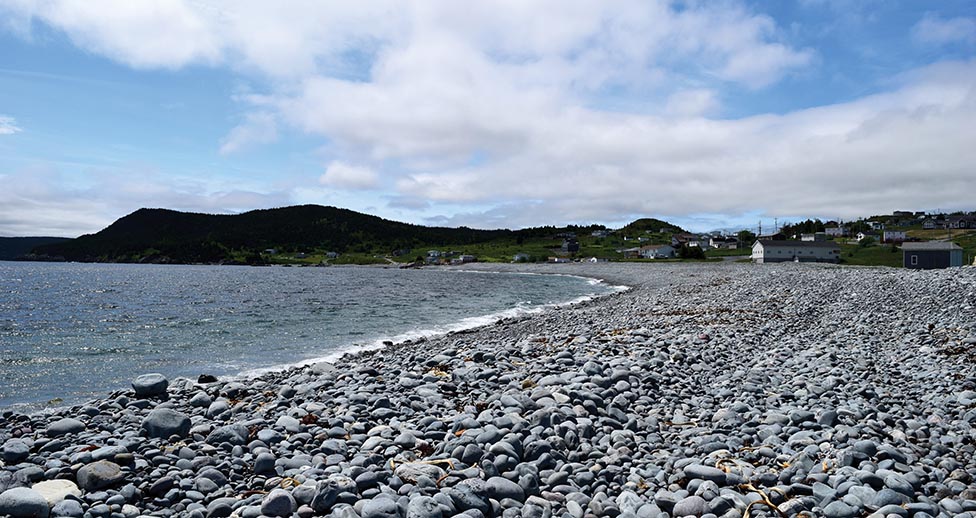 It is also your responsibility to substantively engage with Canadians, civil society and stakeholders, including businesses of all sizes, organized labour, the broader public sector and the not-for-profit and charitable sectors. You must be proactive in ensuring that a broad array of voices provides you with advice, in both official languages, from every region of the country.

We are committed to evidence-based decision-making that takes into consideration the impacts of policies on all Canadians and fully defends the Canadian Charter of Rights and Freedoms. You will apply Gender-based Analysis Plus (GBA+) in the decisions that you make.

Canada’s media and your engagement with them in a professional and timely manner are essential. The Parliamentary Press Gallery, indeed all journalists in Canada and abroad, ask necessary questions and contribute in an important way to the democratic process.

You will do your part to continue our Government’s commitment to transparent, merit-based appointments, to help ensure that people of all gender identities, Indigenous Peoples, racialized people, persons with disabilities and minority groups are reflected in positions of leadership.

As Minister of Fisheries, Oceans and the Canadian Coast Guard, you will lead the Government’s work to protect and promote our three oceans and our waterways, sustain and rebuild the fisheries, and ensure that they remain healthy for future generations, while providing important economic opportunities to Canadians and coastal communities.

I will expect you to work with your colleagues and through established legislative, regulatory and Cabinet processes to deliver on your top priorities.

In particular, you will:

These priorities draw heavily from our election platform commitments. As mentioned, you are encouraged to seek opportunities to work across Parliament in the fulfillment of these commitments and to identify additional priorities.

I expect you to work closely with your Deputy Minister and their senior officials to ensure that the ongoing work of your department is undertaken in a professional manner and that decisions are made in the public interest.

Your Deputy Minister will brief you on the many daily decisions necessary to ensure the achievement of your priorities, the effective running of the government and better services for Canadians. It is my expectation that you will apply our values and principles to these decisions so that they are dealt with in a timely and responsible manner and in a way that is consistent with the overall direction of our Government.

Our ability, as a government, to implement our priorities depends on consideration of the professional, non-partisan advice of public servants. Each and every time a government employee comes to work, they do so in service to Canada, with a goal of improving our country and the lives of all Canadians. I expect you to establish a collaborative working relationship with your Deputy Minister, whose role, and the role of public servants under their direction, is to support you in the performance of your responsibilities.

We have committed to an open, honest government that is accountable to Canadians, lives up to the highest ethical standards and applies the utmost care and prudence in the handling of public funds. I expect you to embody these values in your work and observe the highest ethical standards in everything you do. I want Canadians to look on their own government with pride and trust.

As Minister, you must ensure that you are aware of and fully compliant with the Conflict of Interest Act and Treasury Board policies and guidelines. You will be provided with a copy of Open and Accountable Government to assist you as you undertake your responsibilities. I ask that you carefully read it, including elements that have been added to strengthen it, and ensure that your staff does so as well. I expect that in staffing your offices you will hire people who reflect the diversity of Canada, and that you will uphold principles of gender equality, disability equality, pay equity and inclusion.

Give particular attention to the Ethical Guidelines set out in Annex A of that document, which apply to you and your staff. As noted in the Guidelines, you must uphold the highest standards of honesty and impartiality, and both the performance of your official duties and the arrangement of your private affairs should bear the closest public scrutiny. This is an obligation that is not fully discharged by simply acting within the law.

I will note that you are responsible for ensuring that your Minister’s Office meets the highest standards of professionalism and that it is a safe, respectful, rewarding and welcoming place for your staff to work.

I know I can count on you to fulfill the important responsibilities entrusted in you. It is incumbent on you to turn to me and the Deputy Prime Minister early and often to support you in your role as Minister.

As the Decade Ends, What Battles Will the Industry Face Over the Next 10 Years

A Way Must be Found to Reach Out to N.L. Inshore Harvesters

No Replies to "2020 Minister of Fisheries, Oceans and the Canadian Coast Guard Mandate Letter"