25 Years After the Moratorium

July 2017 marks the 25th anniversary of the announcement of the moratorium on fishing Northern cod off the northeast coast of Newfoundland and Labrador, in NAFO Divisions 2J3KL.

It is worth noting that 1992 was just 15 years after Canada obtained a 200-mile exclusive economic zone, with widespread expectations that we could increase our fish catches substantially but resources would still increase in abundance over time, due to good Canadian management.

However, the 1992 moratorium was subsequently followed by others on fishing cod and other species in other NAFO Divisions, affecting people throughout Atlantic Canada. Although the initial announcement said the moratorium on fishing Northern cod was for two years, that moratorium and most of the others that followed are still in effect today.

There was a lot of fallout from these events that transformed the capture fishing industry in Atlantic Canada and changed many lives.

Some have referred to the 1992 moratorium as the largest lay-off in Canadian history. That year, Newfoundland and Labrador’s population was 580,109, the highest ever, but it then began a steady decline, reaching a low of 509,039 in 2007, before starting to increase again. 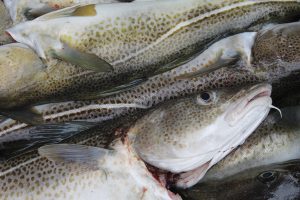 People left rural areas in droves, as they were forced to move elsewhere to earn a living. The steadily decreasing population meant fewer taxpayers, making it increasingly difficult for the provincial government to balance its books and causing a long period of spending restraint that was eventually relieved only by an increasing flow of revenues from the oil industry.

On the other hand, the federal and provincial governments poured billions of dollars into adjustment programs of one kind or another over several years.

National Sea Products and Fishery Products International, the two largest companies in the industry in 1992, with vertically integrated harvesting, processing and marketing operations, became very different organizations and no longer really exist, although some parts of their operations continue, under different names and/or ownership. Because of that, most of our offshore wetfish trawler fleet has disappeared and fishing is now nearly all done by much smaller, independently operated vessels.

Where there were once reasonably clear distinctions between the inshore, nearshore and offshore fleets, those distinctions have become increasingly blurred, with smaller vessels venturing further and further from land in their search for fish to catch. Because the vessels have been limited in length, they have become wider and deeper, to increase capacity. But the larger range and vessel configurations have had significant implications for the safety of vessels and crews.

Partly because of favourable environmental conditions and partly due to reduced predation by cod and other groundfish, shellfish species increased dramatically in abundance in 2J3KL and other areas following the 1992 moratorium. Initially, that allowed an increase in crab catches, followed by development of an inshore shrimp fishery off N.L.’s northeast coast. Later, similar developments also led to increased catches of lobster, especially in Nova Scotia.

Nevertheless, the number of vessels in the inshore sector has fallen, too, along with the numbers of harvesters, processing plants and plant workers.

The Community Accounts Unit of the Government of Newfoundland and Labrador publishes EI statistics for the fishing industry, which provide reasonable approximations for the number of people employed seasonally. According to those statistics, the number of fish harvesters in N.L. who claimed EI in 1992 was 13,905. It fell to 9,205 the following year. After the scale-up of crab and shrimp catches over the next few years, the number increased again, to a peak of 13,700 in 2002 and then began a steady decrease to 8,235 in 2015.

Over the 23 years from 1992 to 2015, the number of harvesters claiming EI decreased by 40.1 per cent but the number of plant workers decreased by 70.9 per cent. For several years now, plants have had a challenge to find enough workers to meet their needs, so the number is very likely to decrease even further in the future. And the diminishing workforce translates into less processing and lower output value. 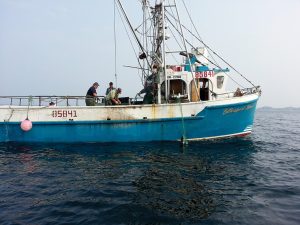 Prior to the moratoriums, the fishery in Atlantic Canada was dependent on groundfish species, mainly cod, for hundreds of years. Pelagic and shellfish species were important contributors but their contributions to employment and the overall economy were much smaller than those of groundfish species. Per tonne of fish, they created far fewer jobs.

For most of the 15 years before 1992, there was a lot of optimism in the industry, because the 200-mile-limit offered opportunities to expand the industry. This fitted well with the baby boom generation then coming of age and needing jobs but faced with high unemployment in rural areas. Aquaculture was a small, struggling industry, both locally and globally. Fishing and fish processing were energy-intensive activities but fuel, electricity and other energy inputs were still relatively inexpensive.

Our primary market was the United States and we produced large quantities of mass-market commodity products — notably cod blocks — that provided inexpensive food for the middle class. A substantial part of our output was sold through restaurants and other commercial feeding operations, because there was increasing demand for meals away from home. Our competitors for those markets were mainly other high-cost North Atlantic nations — Iceland, Norway, Denmark — that produced similar products.

During the past 25 years, our industry has been transformed. It is now predominantly based on shellfish species, with pelagics and groundfish catches steadily decreasing in importance. Because we have become a shellfish industry, our markets are also different. We still sell a lot into the United States but China, Japan, other Asian countries and Europe have increased in importance.

Instead of selling inexpensive mass-market products, our shellfish now sells for much higher prices to more affluent consumers, who consume them less frequently. Because of the challenges in buying and preparing them, restaurants are an even more important distribution channel than they were before but we are also increasingly seeing retail store operators offering prepared foods for home consumption.

As our markets have diversified, our competition has increased.

Aquaculture now provides half the fish for human consumption. That has been a game-changer in both global and local markets for fish products. But, to make matters worse, low-wage developing countries have increased their output, partly through aquaculture, partly through an increase in capture fishing, and partly through processing fish imported from high-cost developing countries, including Canada. Because of that, they now account for about 60 per cent of global seafood exports and are taking increasing shares of our traditional markets, so our competitors are now mainly low-cost Asian nations.

Canada and other high-cost nations typically now sell either unprocessed or semi-processed fish for processing elsewhere or use automation to reduce labour costs. Because our fragmented, seasonal operating pattern, with high peaks in landings, makes it difficult to invest in automation, processing in Atlantic Canada continues to be labour-intensive but is gradually diminishing and more of our products are being sent elsewhere to be processed. That translates into a reduced need for plant workers, contributing to the loss of jobs referred to earlier. And the trend is reinforced by the fact that the baby boomers who came into the industry during the 1970s and 1980s are now aging and moving into retirement, but can’t be replaced by a smaller younger generation interested in better opportunities outside the industry.

Another significant change over the past 25 years has been in social attitudes toward exploitation of natural resources. In 1992, although there was some concern for environmental degradation, the prevailing view was that natural resources were there to be exploited, to maximize job creation. Now, there is an increasing expectation that natural resources must be conserved, so sustainability of harvests has become increasingly important for access to markets and customers.

To add to the industry’s challenges, energy costs and currency exchange rates have become wild cards, fluctuating over a wide range.

If you add it all up, our industry and the people and communities dependent on it have endured an enormous amount of change since the 1992 moratorium.

Because of the wrenching changes, the uncertainty that accompanied them, and the ongoing dependence on EI, young people have increasingly been leaving rural areas for more attractive opportunities elsewhere.

Now, after enjoying a period of increasing shellfish abundance, we are again facing a future with diminishing abundance of some of our most important species, with lobster the notable exception. Shrimp quotas have been drastically reduced. Crab quotas in the N.L. region have also fallen, but not as much, at least yet.

As I said in last month’s column, from 2012 to 2016, overall landings were at the lowest levels since 1994-96, just after the moratoriums came into effect.

Looking ahead, we can’t possibly foretell all the things that will happen over the next 25 years, just as we could not have predicted back in 1992 what has actually happened over the past 25 years. However, the way things are shaping up, there are lots of challenges ahead.

Our industry is likely to be smaller in the immediately foreseeable future, because of decreased catches and a smaller workforce. How will we cope with an increasing supply of groundfish, which will require more processing labour?

The industry will undoubtedly be very different in the future than it has been in the past. We can either let nature take its course or take a more pro-active approach to building the future we want. There are lots of things we need to think about.

But we should no longer be talking about maximizing the number of seasonal jobs the industry creates. Instead, we need to focus on supplementing the limited number of people available with technology and improving the quality of jobs, because recruiting new people to work in the industry will require offering them a better deal in terms of income opportunities, working conditions, job security and career progression. Unless we do, we may not have much of an industry.

Will 2017 Produce Another Game Changer?

No Replies to "25 Years After the Moratorium"