The Fisheries and Marine Institute’s (MI) Holyrood Marine Base will benefit from a $3-million investment from the Atlantic Canada Opportunities Agency (ACOA).

The funding was announced in Holyrood by the Honourable Navdeep Bains, Minister of Innovation, Science and Economic Development and Minister responsible for ACOA, who was accompanied by the Honourable Judy Foote, Minister of Public Services and Procurement and Member of Parliament for Bonavista-Burin-Trinity and Mr. Ken McDonald, Member of Parliament for Avalon.

“The Government of Canada is cultivating a culture of innovation and entrepreneurship and wants to put in place the right conditions for growth, ensuring the Canadian economy remains at the leading edge. Through this investment in the Fisheries and Marine Institute, we are supporting a key piece of infrastructure in the Town of Holyrood that will help contribute to a stronger ocean technology industry in this region,” said Minister Bains.

MI is further developing the Holyrood Marine Base into a world-class facility to support the applied research, education, training and testing requirements of Newfoundland and Labrador’s growing ocean technology industry. The next phase of the initiative includes constructing a breakwater and marginal wharf, repurposing the existing wharf, developing laydown space and adding underwater infrastructure to support the development and testing of next generation ocean technologies.

The project will enhance community and regional capacity within the province’s ocean technology industry. Ocean technology and its associated sub-sectors have been identified as a strategic sector in Newfoundland and Labrador; this project will help build capacity in this emerging sector. 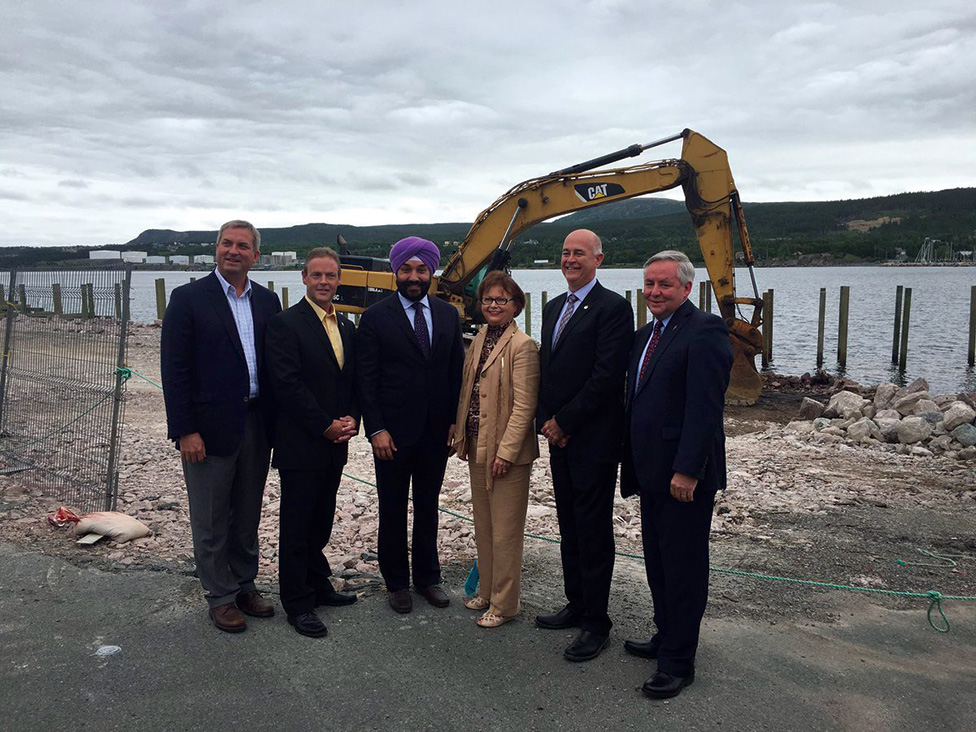 Further development of the Holyrood Marine Base will enhance MI’s ability to maintain its position as a first-class provider of ocean technology training and research.

“The Marine Institute is Canada’s leading maritime and fisheries institute and the Holyrood Marine Base gives us the platform on the edge of the cold, Arctic-like ocean, which will be critical to our students, our researchers and our industry partners. I believe it will be the portal to the sea for everyone engaged in ocean technology, research, development and management.”

On July 4 the Government of Canada and the governments of the four Atlantic provinces launched an Atlantic Growth Strategy that will direct targeted actions to stimulate the Atlantic Canadian economy, including supporting key infrastructure projects that support long-term growth and position the region to capitalize on emerging opportunities. This announcement builds on this commitment.

“The Government of Canada is committed to partnering with other levels of government and educational institutions to ensure federal programs create lasting and meaningful impacts in our communities,” said Minister Foote. “This project aligns with the Town of Holyrood’s efforts to attract business investment, oceans-related activity and the development of an ocean-technology business park.”

“The federal government is working to engage, make investments and put the right framework in place for economic growth and community projects like this one, which demonstrates our commitment to collaboration,” said Mr. McDonald.

“The development of a marine base at this facility has allowed a rural community to view ocean technology as a source of economic development for the town and surrounding region.”