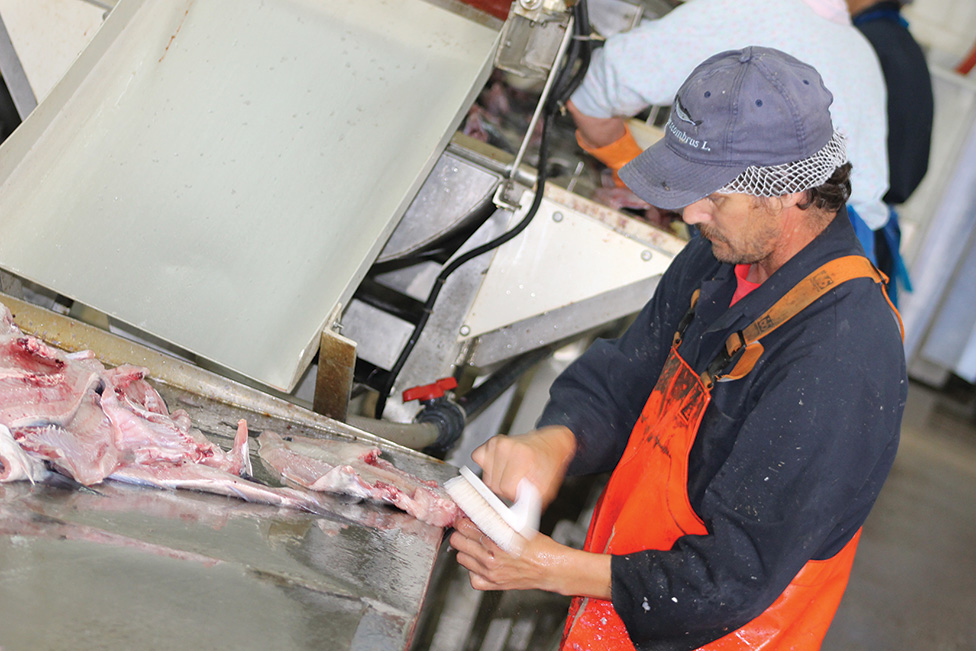 The thought of being legally tied to an employer is borderline laughable for the average Canadian.

Citizens and residents of Canada are free to quit and take jobs as easily as switching hats — if they can get them.

But not everyone living in our society is so fortunate.

People working in this country under the federal temporary foreign worker program, and its various sub-programs, are largely tied to the employer to whom they are hired and approved to work for under the program. If, for whatever reason, those workers leave or lose that employment, they have little choice but to go home and try again to be approved to work here.

There are those who believe the current temporary foreign worker program rules leave participants in an unfair, if not dangerous, situation — which is how Josie Baker found herself in front of a microphone at a Charlottetown, Prince Edward Island, press conference in October.

“Temporary foreign workers are the only workers who are tied to one employer; this has created a captive workforce, since changing jobs is extremely difficult. This low-wage, low-rights workforce has lead to the lowering of work conditions and keeping salaries low for all workers,” Baker told her audience.

She was speaking that day as a representative of the Cooper Institute. The Charlottetown-based organization is dedicated to advancing social issues like food sovereignty and livable incomes in the province.

It has also been keeping tabs on P.E.I’s temporary foreign workforce since 2010. There are believed to be about 1,000 people working here under the program, most in the province’s fish and agricultural processing plants.

That experience led to the Cooper Institute and four other Island organizations, including the United Food and Commercial Workers union (UFCW), P.E.I. Food Security Network, Council of Canadians and Women’s Network P.E.I., in joining the national Coalition for Migrant Worker Rights Canada, a pan-Canadian affiliation of provincial groups that monitor the plight of the nation’s temporary foreign workers.

The press conference Baker was speaking at was part of that group’s national call to action, demanding that the newly elected federal Liberal government make what they call key changes to the temporary foreign worker program.

Some of those changes were:

“We would like to offer some suggestions and some education to some of the MPs who, like most people, don’t actually know that much about the temporary foreign worker program, and just to offer some policy alternatives that could help to cleanup some of the mess that happened over the past number of years,” said Baker.

That “mess” as Baker called it, started in June of 2014 when the then Conservative federal government of Stephen Harper undertook sweeping changes to the temporary foreign worker program.

The changes were designed to make it more difficult and expensive for employers to access temporary foreign workers, and were meant to ensure that more jobs stayed open for Canadians.

The agricultural sector was exempt from the changes but the seafood processing industry was not, creating an uproar among many in P.E.I.’s lucrative lobster fishing industry, most of which is processed here.

The days of Islanders starting and ending their careers in the plants are done, the sector argued, and finding locals willing to do the work becomes more difficult every year. Temporary foreign workers, they argue, are the only way they can keep their productions lines open and continuing to offer a competitively priced product.

Jeff Malloy, CEO of the Acadian Fishermen’s Co-op in Abram-Village told TC Media during an interview in October that his plant was not running at full capacity because of a lack of workers, and that others were in the same situation.

“If the plants aren’t viable then there won’t be any jobs for the Canadians that are working in them presently. So we need the temporary foreign workers to be able to augment our workforce and ensure that the plants remain viable,” said Malloy.

He committed to pushing for a review of the program if the Liberals were elected, and he’s reiterated that commitment since taking office.

He also said he’s in favour of finding a way to keep some of those workers in his riding on a more permanent basis.

“We should be sitting down as a government and figure out how to get some of those temporary foreign workers to stay here,” said Morrissey.

Talk like that is encouraging for Baker and her colleagues.

It also doesn’t hurt that P.E.I. now has four Liberal MPs in government instead of just one Conservative under the previous government.

“It’s definitely a bit heartening to know that we may have more people with the ear of government that we can meet with in the province and help get some perspective on the temporary foreign worker program,” said Baker.

In fact, the Cooper Institute is working to arrange a meeting between some temporary foreign workers and the Island’s four MPs.

Morrissey especially, as a newcomer to federal politics, could benefit from the experience, said Baker.

“(That) would accomplish a lot because it allows these workers, who mostly keep to themselves and keep their heads down and work, it allows them to express their needs and their desires. And I mean I can talk until I’m blue in the face about their situation and where they are coming from but it really cannot replace the experience of having someone tell you ‘I haven’t seen my kid in five years, he’s eight years old, I’d really like to be able to bring him here.’”

“That (situation) is standard… and it’s sad, but it’s almost everybody.”

No Replies to "A Call to Action: P.E.I. Groups Join National Call to Improve Rights for Temporary Foreign Workers"