A Changing Tide for the Golden Cod of Gilbert Bay

Scientists Proposing New Initiatives to Help Save the Unique Fish

Dr. Corey Morris would rather spend his vacations on the coast of Labrador than Florida.

For 21 years, Morris has been to Gilbert Bay three times a year for weeks at a time, working on conserving the famous Gilbert Bay cod, known for its golden colour.

Geographically, the area around Gilbert Bay is a coastal fiord in Southern Labrador, isolated from the coast by a bunch of islands. It covers 60 square kilometers. Port Hope Simpson, which has about 600 people, is the closest community.

“It’s a spectacular place,” beams the Northern Peninsula native, who is with the Science Branch of Fisheries and Oceans Canada (DFO).

“It has barren hills, it’s rugged, coastal and there are icebergs and whales. It’s got a long history of European fishing settlements; starting centuries ago with the English and a much longer history for local Indigenous peoples.” 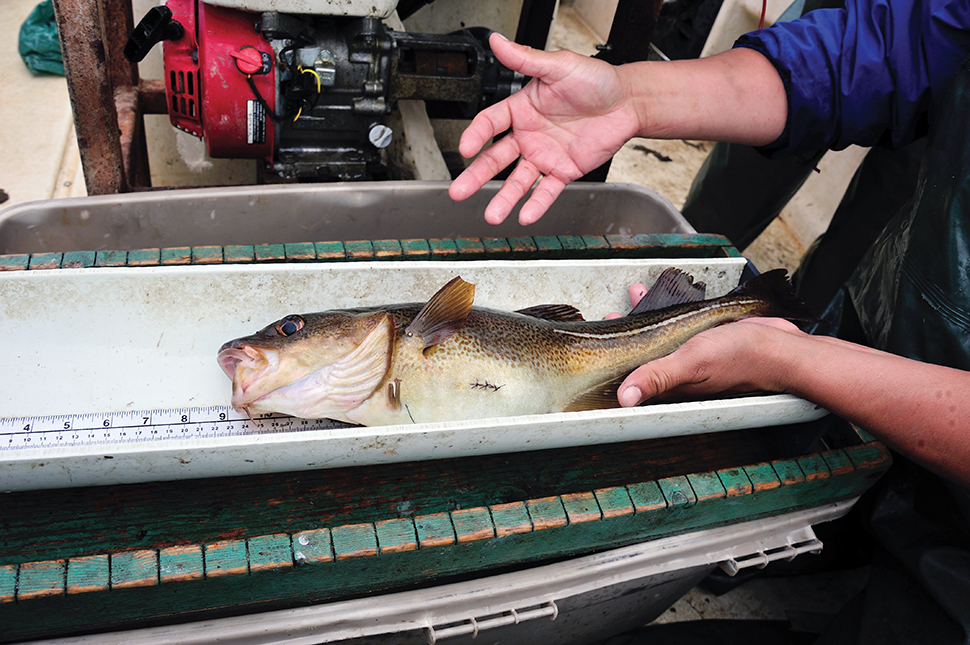 “Today, you can see a bunch of abandoned fishing communities from the heyday of the Northern cod fishery. They were small summer settlements that are like ghost towns now. It’s like stepping back in time. In some of the houses that are falling apart you can still see the old coats hung on the wall, children’s shoes, dishes on the table.”

Morris does, in fact, spend some of his vacation time on the coast. His father is from Battle Harbour. His summer place is on Seal Island, his maternal family’s home where they lived on the coast in the summer and travelled inland in the winter.

He lists off the flying, driving and boat ride it takes to get there but he likes the journey and he still visits aunts and uncles up and down the coast.

In 1998, the project to conserve the Gilbert Bay cod started. A lot of work and consultations took place before it officially became a marine protected area (MPA) under Canada’s Oceans Act in 2005.

DFO played an important role in creating the MPA, leading community consultations as well as a steering committee. The department held two to three consultations per year and conducted preliminary scientific monitoring as well during that time.

Now one of the longest monitoring programs in Canada, scientists have used the same indicators over the entire project.

“That way we have a good handle on the biology. So, we know what’s happening and what we want to see. We want to be able to protect the unique population of cod and its habitat,” explains Morris.

With more than two decades of data, the plan is ready for a new direction.

Although the monitoring stays consistent, the management plan is reviewed every five years. The MPA monitoring was first reviewed in 2009 and five existing monitoring indicators have since provided some interesting, albeit negative, population trends.

Data suggests that Gilbert Bay cod have declined significantly over time. In 2016, sampling caught one fish per hour compared to nearly six fish per hour in 1998. They’re also getting smaller with an increased abundance of other fish, such as flounder, sculpin and rock cod showing up. Morris believes this change in the fish community is alarming.

There is good news. The results suggest that Gilbert Bay cod are locally adapted to their environment and are reproductively separated from other cod populations.

The knowledge they have gained since the beginning of the project is helping the overall cod population. This is important because after the Northern cod collapsed in 1992, there was a long period of cold ocean conditions during which time the Northern cod did not recover.

“Conditions weren’t good for that fish to thrive and grow,” notes Morris. “But the Gilbert Bay cod recovered spectacularly. They are locally adapted genetically to that environment. That adds to the overall diversity of Atlantic cod. In other words, we’re learning that Gilbert Bay cod provide an important contribution to the overall health of all cod stocks.” 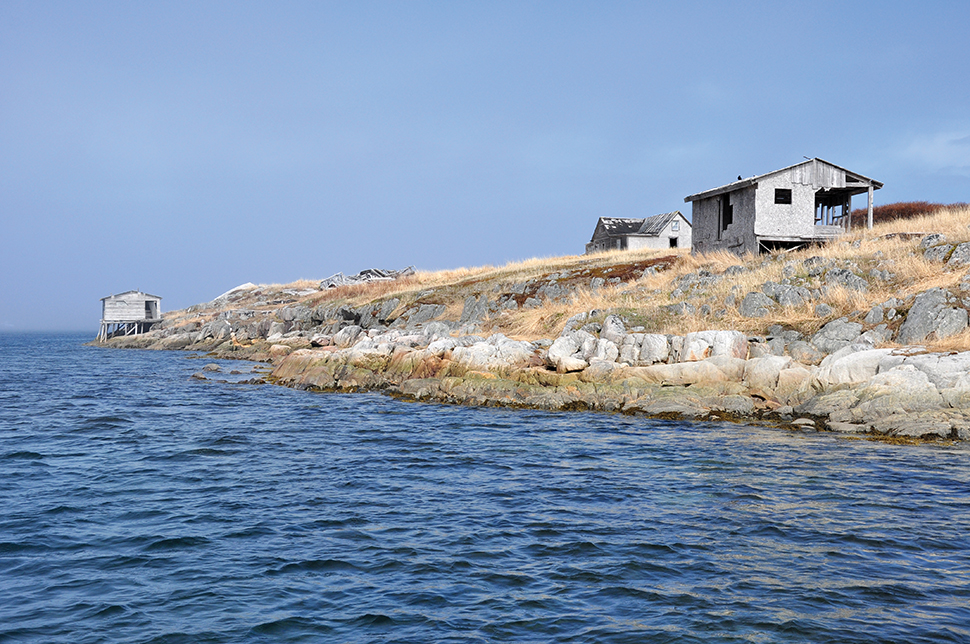 He goes on to talk about how they are distinct from Northern cod both genetically and behaviorally, including in their overwintering location, timing and location of spawning, shallow water residency, and ability to tolerate sub-zero temperatures for a six-month period. All of this means Gilbert Bay cod have adapted very well to their environment.

“When people talk about protecting fish, the Gilbert Bay cod have something unique. They can persist in conditions where other cod may not survive. So, if we’re looking for healthy cod populations, in addition to the number of fish we’d also protect diversity and that diversity will help the species to be healthy.”

“We think they’re good. We try and create them with a positive goal but often times what we hope will happen, doesn’t happen or we cannot measure it. There are many variables in nature that change over time, which make it difficult to understand and predict impacts of MPAs. We’re 20 years in and have observed many changes.”

That’s where adaptive management comes in. The scientists are again assessing the information they have and revising it based on what they now know.

A new approach to protecting Gilbert Bay cod is to promote the use of cod pots by commercial harvesters fishing near the MPA. Gillnets don’t discriminate between which fish they catch and when they’re caught, they’re dead.

With a cod pot, when fish are brought into the boat, they’re alive so fishermen can throw back the golden cod, which they can identify by its different colour.

“We looked at what they were doing in Fogo and looked at a bunch of cod pots and gave them to fishermen, just to see if they would work and they seemed to work,” says Morris.

For the first trial with the cod pots last year, the scientists didn’t collect data; the department simply provided fishermen access to some pots and said, “try this.” And, according to the fishermen, they work. This year, they’ve invested more and will get up to five fishermen fishing around the boundaries of the MPA from August until October to use the pots, collect the data of how many they catch and use genetic clips to figure out if the Gilbert Bay cod are doing what we think they’re doing.

The researchers have also incorporated acoustic telemetry into their long-term monitoring program in Gilbert Bay to study fish behaviour. Telemetry involves tagging fish with a transmitter and then tracking it after it’s released. In the coming months, they’ll use acoustic telemetry to validate the use of cod pots as an effective conservation tool.

Scientists also need to test whether the fish are likely to survive after they are released from a cod pot. Some fish that are captured in pots will be tagged with transmitters, released and then tracked for many months. While tracking the fish, the transmitter will measure the depth, temperature and movement of a fish to determine whether it survived.

“We expect that the survival of a cod is greatest if the cod pot is used in shallow depths and relatively cold water. If we can determine fishing practices that ensure good catch rates as well as good survival of released cod, it will help to improve the application of cod pots as an accepted conservation tool,” says Morris.

One thing they do know is that the pots work better when the fish are feeding rather than moving around so he believes if they figure out how to use the pots effectively, they can use them in the larger fishery outside the MPA.

All the science behind the conservation of the Gilbert Bay cod is important but so are the partnerships and collaborations in making this conservation project a success. Garnering support for the project has been a lot of work. It took a lot of consultation with local fishermen, the NunatuKavut Community Council (NCC) and academics.

Helping with these efforts is the Gilbert Bay Advisory Committee (GBAC) with representatives from the NCC, municipal governments, DFO, Memorial University, Department of Fisheries and Aquaculture, and the fishing industry.

The committee provides advice to DFO regarding the management of the MPA, assists in science and enforcement monitoring, and takes a lead role in initiatives such as coordinating education and awareness programs. The committee also explores ways the MPA can assist in environmentally sustainable economic development and seeks funding opportunities and partnerships to support MPA projects.

In addition, Morris believes their partnership with the NCC and GBAC, who make up most of the fishing population, is also key to the MPA project’s success.

“Partnerships are what’s kept the project alive,” he says. “The NCC understand the value of protection and taking ownership of their resources and being involved in conservation is becoming a large part of their mandate.”

”DFO has been leading this for a long time with the help of the NCC,” He says. “They have a lot of boats and they know the area so that’s hopefully where we’ll see this go in the next five to 10 years.” 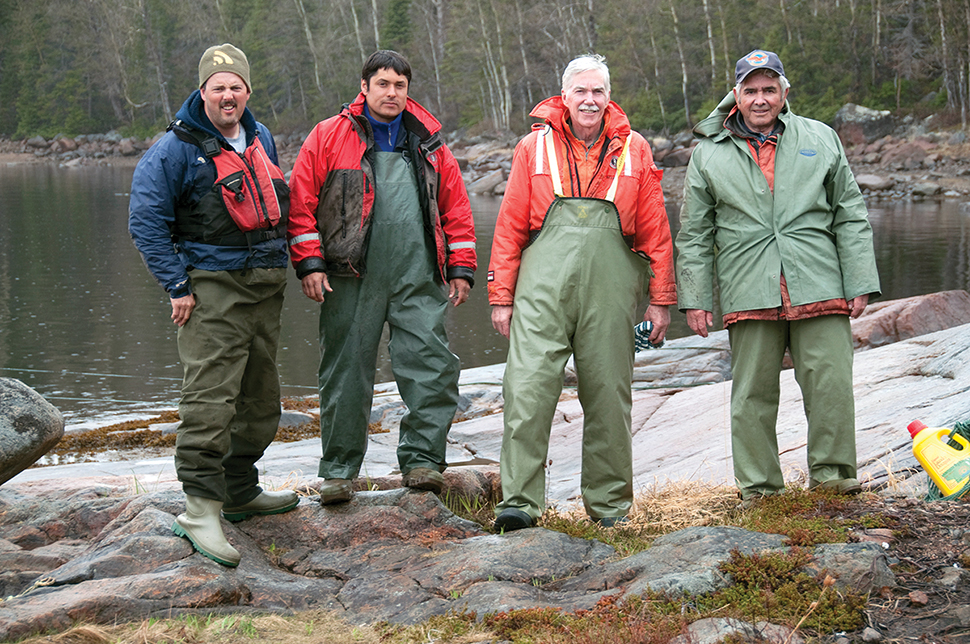 “The Gilbert Bay MPA and its management plan have provided a great opportunity for the NCC and DFO to work collaboratively on site management, achieving conservation objectives, interpreting regulations and ensuring overall stewardship is maintained.

Russell adds that the Gilbert Bay MPA is a working model of how an Indigenous group, such as the NCC, can work with DFO and numerous stakeholders on a very complex issue in a respectful and inclusive way to make informed decisions.

“This process/project was developed with input from local knowledge holders as well as from scientific data, which has contributed to its success.”

“Based on feedback we have heard, the fishermen are receptive to using the pots and can see its benefits but there are some concerns about the economics as it relates to catch per effort. That is why it is important to have pilot projects where DFO or NCC assists with the purchase of pots initially, so the capital investment required by fishers is minimal.”

“The Gilbert Bay MPA is an excellent example of how the federal government, through DFO, can work collaboratively with Indigenous groups, as well as a multitude of other stakeholders, to include both local traditional knowledge and scientific data in ensuring the success of a project,” notes Russell.

“It is our hope that this MPA will continue with the development of a new management plan and that, ultimately, the golden cod stock and population will grow and flourish as a result.”

Everyone seems to agree that achieving the conservation goal is what’s most important.