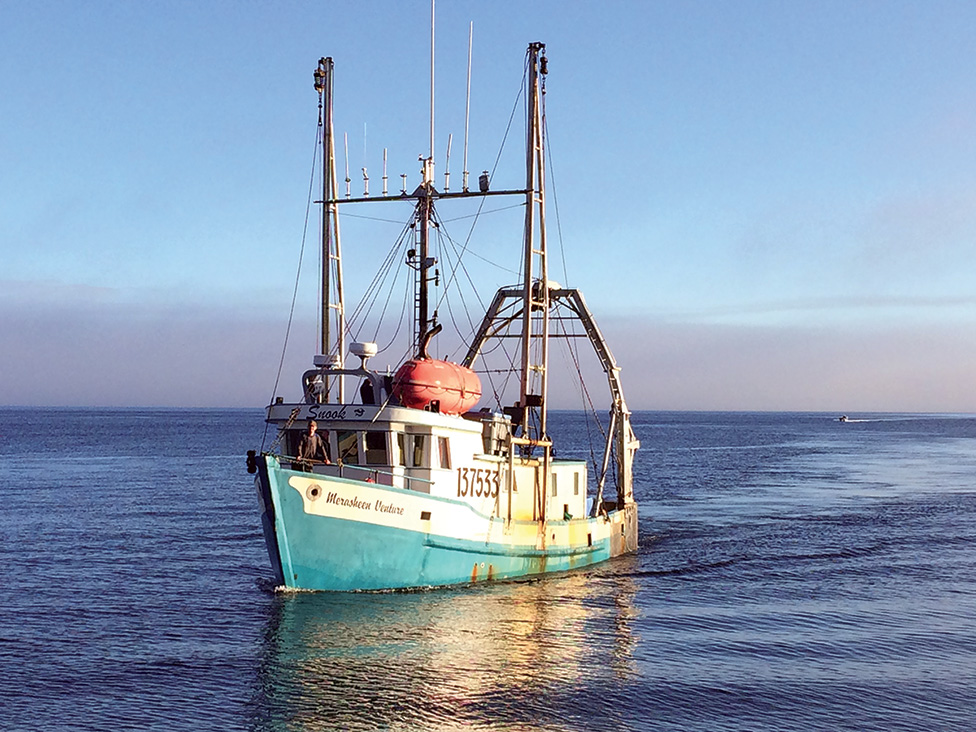 Above photo: The Merasheen Venture is currently fished by the Forseys. It was purchased by Max Forsey as a temporary boat while he searched for a larger vessel. Submitted photo.

On a wall in Travis Forsey’s shed in Fortune are photos of the fishing vessels his father, Maxwell (Max) Forsey had fished on or had bought over the years while running his fishing enterprise.

There are photos of Max Forsey and his brothers on the deck of a boat. Some of the boats pictured were lost during incidents — fire and sinking — at sea.

There’s a small ship’s wheel in the middle of the group of photos from one boat that was damaged beyond repair.

The wall represents a life of ups and downs, perseverance and dedication in the Newfoundland fishery. 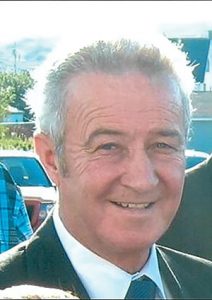 It also tells a story of the life of one fishing family and, in particular, that of Max Forsey who was undeterred by the challenges that faced him while carving out a living from the unpredictable and sometimes dangerous North Atlantic.

Though from Fortune, Max Forsey had been living in Hillview near Clarenville.

Hillview offered the unique location of only a couple hours drive from Fortune and St. John’s where his boat would be docked and to his cabin in central Newfoundland where he enjoyed his outdoor activities such as moose hunting and salmon fishing.

As a young boy, Max Forsey had been caught up in the Smallwood-era resettlement years.

He spent the first five years of his life on Brunette Island in the middle of Fortune Bay. The family moved to Fortune in the late 1950s as did so many families of those small, isolated communities in bays around the island. 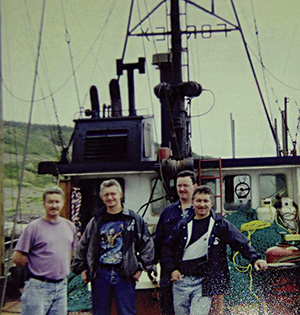 Max Forsey and his brothers Bill, Wayne and Simeon on the deck of the Fortune Pride, a steel ship Max Forsey had built in 1989. Submitted photo

Max Forsey only learned he had cancer in February of this year. As his battle with the dreaded disease progressed, he carried on with his usual daily activities and focused on the spring fishery and of finding a new and larger boat for his crew.

“He went a lot quicker than we thought. He was out working in his garden a couple days before he died,” Travis said. “After he found out he had cancer last winter, we spent two to three months looking for a boat. All he wanted to do was to talk fishing and go get a better boat.”

Fishing was always in the blood of the Forsey family. Max’s father sailed on schooners going to the Grand Banks where he fished for cod from dories.

When Max became a teenager, he began fishing on draggers out of Fortune. He was said to have been the last living person of the original dragger crews there.

Even in those young years on the draggers, he showed a strong business sense.

“He would have a little canteen on the draggers,” Travis said. “He’d carry out stuff like bars, chips and pop to sell to the other crewmembers. He was always thinking of how to make a dollar.”

In 1989, Max Forsey had a steel boat built, the Fortune Pride. That’s when his bother Simeon — who also worked on the draggers — teamed up with him. They fished together until about 1994 when Max decided to stay ashore to concentrate on the business side of the enterprise while Simeon took over as skipper of the crew. 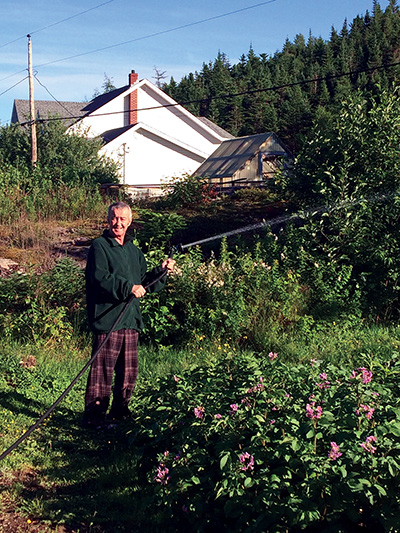 Maxwell Forsey loved gardening. He is pictured here about two weeks before his death from cancer in August. Submitted photo

“I used to relieve him as skipper over the years, and then he started staying ashore around 1994. I took skipper full-time on his boats then and I am still doing that today,” Simeon said.

“He took over dad’s licence and Max decided to get a bigger boat, and otter trawl was the thing then. As we went along, we got rid of the otter trawl and got into the crab fishery because the crab fishery was excellent about 10 years ago. The last few years, however, the crab fishery has been a failure, so we’ve done some scallop fishing and last summer he invested $160,000 in a sea cucumber licence. He went and got another boat and put a new engine and gearbox in it, and we had a beautiful boat. But last fall we had a load of cucumbers onboard and lost her on the way in. There were four of us on board — two deckhands, the mate and me. We all got off OK. It happened so quick. She went to her side, I guess something must have busted open on it. That was a big setback. By the time we got everything straightened with the insurance, he was trying to buy a boat. He couldn’t get the one he wanted but he got (the current boat) last spring just for the time being. His plan was to get a 65-footer and we were looking at boats for months after he got sick.”

“He knew he was going to die but the business kept him going. Travis and I would meet up with him in Clarenville and we’d drive and drive and look at boats.”

Travis added that in the last number of years, in addition to the continued focus on the fishing business, his father fussed over his grandchildren, loved snowmobiling, salmon fishing, moose hunting and gardening.

He grew everything from potatoes and cabbage to onions and carrots.

“You name it, he grew it,” Travis said. “After he got into gardening, I never had to buy a potato for seven years.

“Three days before he died, he asked me to run up to the cabin to see what we needed there, get a list of stuff we needed for moose hunting.”

Simeon said that Max was always optimistic and was really excited about the prospects for this year’s sea cucumber fishery, which turned out to be a fairly good season. It shows that his business sense paid off once again. 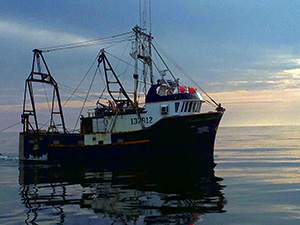 the Amanka Explorer, which Forsey had purchased, sank last fall. All the crew were safe. Submitted photo

“That was his goal up to his last day, that the boat had to make money. He was a very good businessman, always paid his bills. He was smart, really smart and I’m not just saying that because he was my brother,” Simeon said.

“He was getting so excited about us going at the sea cucumbers, especially when he got really sick. It’s too bad he wasn’t around to see it because we got our quota really quick this year.

“We talked over stuff about the business almost every night. Max was good with anything about boats and gear. I miss him a lot. We all miss him a lot.”

No Replies to "A Life Forging Ahead on Sea and Land"