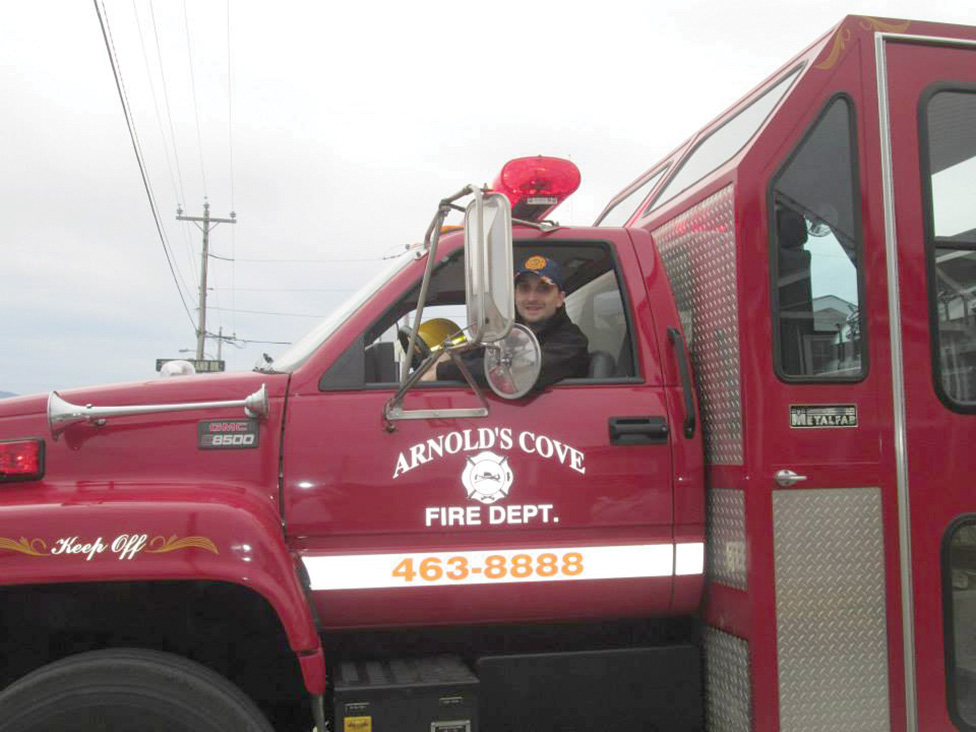 Rick Hunt is fascinated, some would say, “obsessed,” with offshore fishing vessels, although he has never worked as a commercial deep-sea or inshore fisherman.

“My interest started when my dad started work on the FPI trawler Zandvoort out of Catalina. I was only three years old at the time — I’m 36 now,” he says.

Rick’s dad, William (Billy) Hunt was a lifelong trawlerman who loved the adventure of working on the sea. Billy relished recounting every last detail of those heady days of rough and ready trawlermen who took on the harshest weather and sea conditions that the North Atlantic could muster. 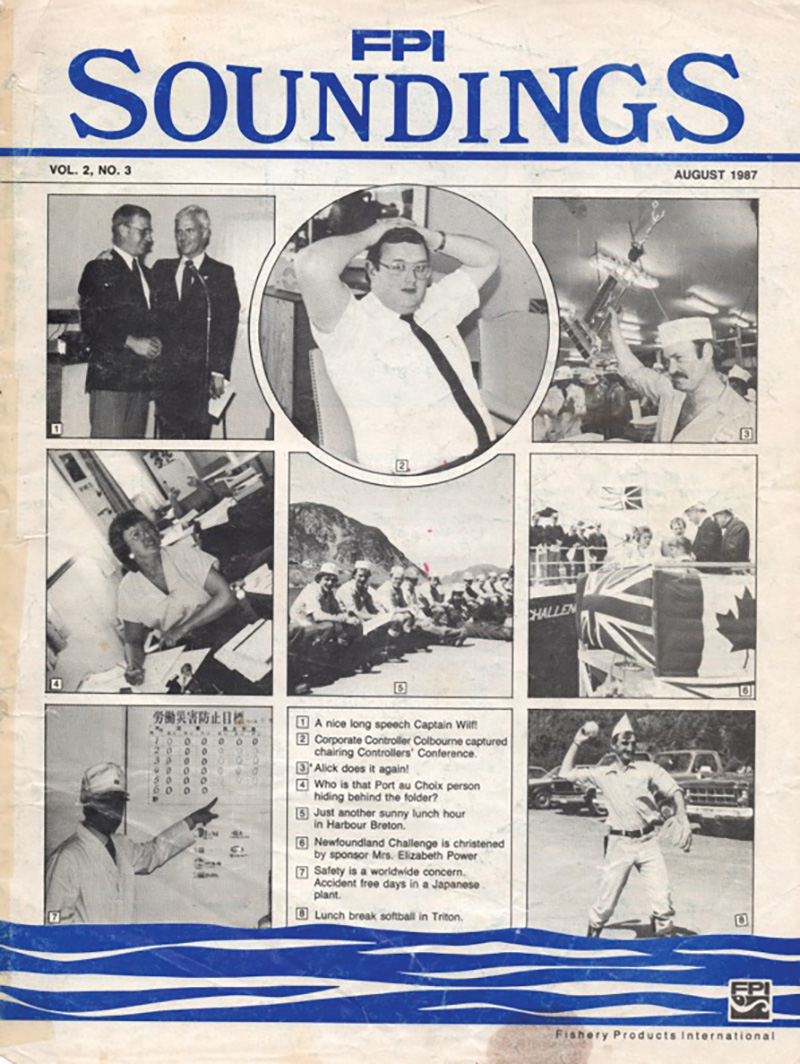 To a young boy like Rick, Billy’s stories of surviving winter storms at sea 100 miles from shore or landing big catches of cod was more exciting than anything else in the world, including watching TV superheroes or playing hockey.

“My father was out the night the Ocean Ranger went down and he was out there during the storm that the movie Perfect Storm was based on,” he says, still with some of the wide-eyed wonderment of how it felt when he was a child.

These days, when Rick sees pictures of the Zandvoort and other ships in the FPI Catalina fleet, the stories from those days listening to his dad and friends relive those amazing tales come flooding back.

Rick started collecting information when he was just six or seven years old. His dad would bring home FPI Newsletters, annual reports and other publications and Rick would look at every picture and read as much as he could.

He remembers being especially proud when there was an article about the Zandvoort crew winning an award for having an accident-free year.

In the winter of 2014, Rick took his passion for fishing trawlers to a higher level than just personal memories. As a user of Facebook, he noticed people from various countries had developed groups dedicated to the offshore/deep-sea industries.

“I would look at those and think, what about Newfoundland — why aren’t we there?”

After all, the deep-sea industry in Newfoundland was very significant and provided the economic backbone for several regions, especially on the south coast. Towns like Burin, Fortune, Harbour Breton, Gaultois, Grand Bank, Ramea and others were steeped in deep-sea tradition from the days of sail to the era of large steel, stern draggers.
In the 1960s, Marystown and Catalina/Port Union became home to two of the largest fish plants in the province, employing approximately 1,000 people each. After a financial restructuring of the fleet in the 1980s, Fishery Products International alone had a fleet of more than 50 trawlers in its heyday.

The deep-sea industry landed and produced millions of pounds of fish every day and generated tens of millions of dollars to the Newfoundland and Labrador economy annually.

With those thoughts echoing in his brain, Rick realized he would try and do his bit to raise the awareness of the deep-sea business and in February 2014, he developed a discussion group on Facebook. He called it simply Newfoundland Trawlers.

His goal was to provide a platform for former trawlermen, their family members and anyone else with an interest to post photos and comments and also partake in discussion on posts by other people.

“I don’t want this to be about me and just pictures and comments I add — this is for everyone to get involved in,” he says.

At that point in the conversation, Rick asked if I would make an entry or two on the site sometimes. I replied that I don’t have much to say on Facebook, but he countered with a compelling argument that people of my age, who has had some knowledge of the industry and was there in its heyday, should add information they have.

“How will younger people like me ever learn about it, if you guys don’t tell us?” he argued. 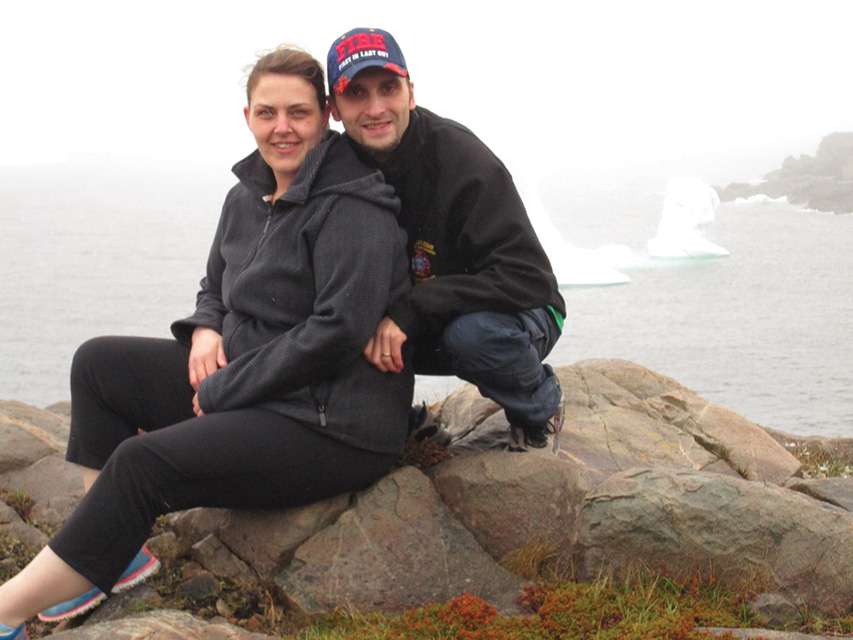 It’s not as if our young people learn much about it through the school system or anywhere else. The offshore sector more or less died when cod was placed under moratorium in 1992 so Newfoundlanders under 30 wouldn’t know much about it.

Creating Newfoundland Trawlers merely served to direct Rick’s attention to other ideas. Just over a year after the launch of his first group, he has several more online. Buoyed by the response to Newfoundland Trawlers, he had new ideas and now he administers several other groups, including one about navy ships and one called News on Ships and Vessels, New and Old.

He also has a group dealing with shipwrecks, one about longliners and another group focused on Newfoundland fish processing plants and plant workers. He says that one is attracting new membership at a fairly rapid rate.

“I have to add new people just about every day on that one,” Rick says, adding that he worked in a fish plant for a while.

Rick’s interest and dedication to those groups is far from waning. In fact, every time he reads posts from viewers/readers, he is increasingly inspired and often sees the need for yet another group. By the time this article is published, he may have a couple of brand new sites up and running.

Rick says some people get the wrong impression about his reason for creating those Facebook groups. He says a few of them seem to think he is trying to impress people with his knowledge of the deep-sea fisheries, but he says it’s exactly the opposite. Because of his passion for the industry, he wants to learn from others by trying to generate discussion. He is also concerned about people who make rude, defamatory remarks on the site because one of his fondest hopes is that his own sons and other young people will visit the group to learn.

Rick doesn’t have the kind of control whereby postings are directed to him before publication but he can, and does, remove posts if he sees something worrisome.

Rick’s Facebook group sites are definitely worth a look. You will see vessels and people that you knew or heard about and learn about those you haven’t. The sites are both interesting and educational.

Rick has approximately 10,000 photos of trawlers and other fishing vessels, but has only uploaded a small number of those yet. More will be added as time permits.

Rick is married and lives in Arnold’s Cove with his wife Charlene and their two sons. He is a volunteer fireman and he anticipates becoming involved with the Army Cadet movement later this year. He drives a school bus and if he has an hour to spare sometimes, he turns to one of his several hobbies — painting being one of those.

“I’m never without things to do,” he laughs.

No Replies to "A Trawlerman’s Son"