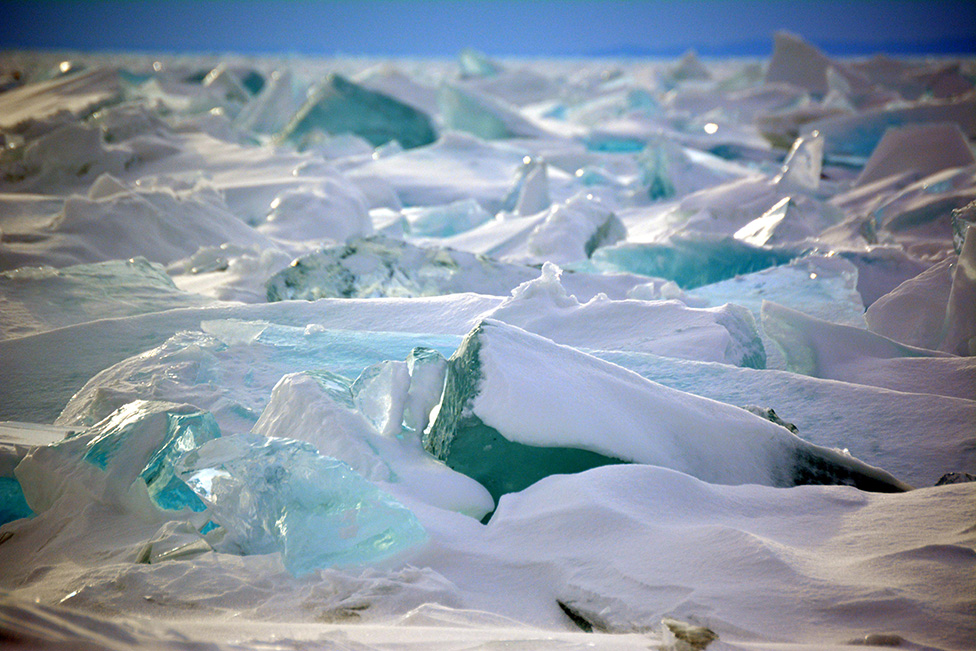 A Winter From Hell: P.E.I. Shellfish Industry Back to Full Production Following Worst Winter Ever

There is a now famous NASA photograph, taken in March of 2015, of Prince Edward Island from space.

More than 520 centimetres of snow fell on P.E.I. this winter, one of the worst in recorded history.

In the photograph, the outline of Canada’s smallest province is so completely covered in snow that its outline is barely distinguishable from the ice surrounding it.

Somewhere amongst all that, James Power was trying to reach his oyster cages, buried under more than four feet of snow, ice and frigid North Atlantic water. 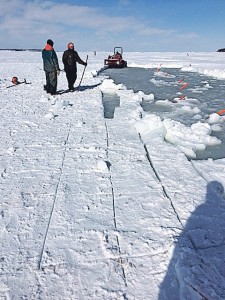 “This was probably one of the worst winters to work out on the ice,” said Power, reflecting on a season he’d sooner forget.

“Between the gargantuan amount of snow, storms, and things like that — it was a tough winter out there.”

Power is the general manager of Raspberry Point Oysters, a cultured oyster operation on the Island’s north shore that raises most of its stock in the picturesque New London Bay.

The company is famous, not only for their Raspberry Point brand oysters, but also for being one of the few oyster aquaculture operations that operates 12 months of the year.

Most shellfish aquaculture in the U.S. and Canada shuts down in the winter months, but not on P.E.I. Here there is a tradition of harvesting cultured shellfish all winter long — which is what Power was trying to do when the winter from hell dumped on his operation.

Traditionally, he or one of his crew will drive their trucks right out onto the ice of the bay and set up their work stations above their oyster leases. They use chainsaws to cut holes in the ice, fish out the long poles marking the positions of the oyster cages and use a winch to haul out the enclosures.

But not this year.

By February, there was so much snow on the ice that the weight was pushing it down, forcing water up, which would then be reburied in another storm. This created thick layers of snow, slush and ice that harvesters had to get through. 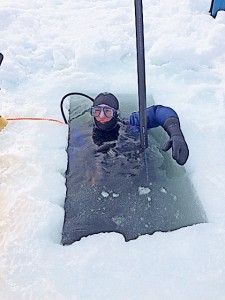 A diver with Raspberry Point Oysters slips into the frigid waters of New London Bay to search for the markers indicating the locations of cages filled with thousands of valuable oysters.

Power spent tens of thousands of dollars on new gear, vehicles and extra manpower. He even had to send down divers to find the cages, because their markers were buried too deeply to find. He’d normally use divers a handful of times in a winter, but this year he used them every day.

“As the winter progressed and kind of got worse and worse, it was to the point where what we used to be able to do in half a day was taking us an entire week. We weren’t even filling our orders. There were points where if we were filling half of our orders we felt very fortunate,” he said.

Surprisingly though, those shortages did little to impact the company’s relationships with its customers, insists Power.

The company did not raise its prices to reflect the increased time and effort it took to harvest their product, despite the fact they were basically the only supplier on the market at the time and could have auctioned off their product for unheard of prices.

“Our philosophy would be to reflect on it after the season and decide that if there was a price increase, it would be across the board, rather than taking advantage of the situation… and as of yet we still haven’t put our prices up,” he said.

That kind of effort and consideration goes a long way to maintain relationships, said Power.

“People are understanding… we would show them pictures and video of how things were going and I think people were more appreciative of our efforts and certainly understood, especially if they’re from a northern climate, that winter happens. 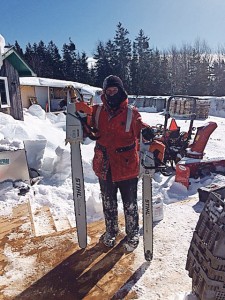 Harvesters had to use extra long chainsaws to cut through thick layers of ice, slush and snow in order to reach open water, and the shellfish growing beneath.

“I mean when you tell people that we had over 18 feet of snow here this winter — it’s amazing that we got anything done.”

Not surprisingly, the winter was also hard on the Island’s mussel growers, who faced many of the same challenges as Power and his crew.

However, the major difference between the two situations is a question of the scale of the operations.

P.E.I. alone produces about 80 per cent of Canada’s cultured mussels.

Bottom line, mussels are big business here, said Linda Duncan, executive director of the P.E.I. Mussel Council and the amount of effort harvesters put into retrieving them from the icy water reflects that.

“This was the worst winter ever in mussel farming on P.E.I.,” said Duncan.

Over the course of the winter, the industry had roughly 10 weeks of significant disruption; meaning only some harvesters could bring in product, depending on the weather. This left producers failing to meet the demands of distributors.

However, like Power, Duncan doubts the disruption in the supply of mussels had much impact on the industry overall.

If anything, their scarcity and the buzz that created probably brought in some new customers, she theorized. 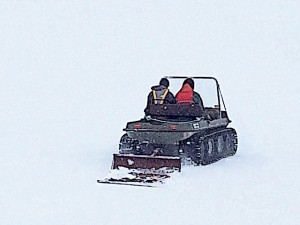 Shellfish harvesters had to spend a lot of money on new gear this winter, including this Argo ATV purchased by Raspberry Point Oysters.

“It’s only been a couple of months since we’ve been back to full production, so it is maybe a little early to make that assumption — but we’re leaning (that way),” said Duncan.

Jon Hebert, executive chef of The Portsmouth Brewery in New Hampshire, certainly seems to concur. He was featured in a mussel council press release recently, explaining that while supply was disrupted he was forced to take mussels off his menu — but he’s happy as a clam to have his mussels back.

“There was only one option to us, which was to take them off our menu until supplies returned, because it’s very important to me to serve only the best mussels we can,” said Hebert.

From Tragedy Comes Hope: Mother of Tabusintac Victim Taking up Cause of PFDs for Fishermen

No Replies to "A Winter From Hell: P.E.I. Shellfish Industry Back to Full Production Following Worst Winter Ever"