The capture fishery in Atlantic Canada is currently in the early stages of radical change, mostly caused by forces outside our control.

Our resource base has been changing — some species increasing and others decreasing — and will likely continue to change, due to global warming, climate change, and their effects on water temperatures and other aspects of fish habitat.

Free-trade agreements are opening up market opportunities but also exposing us to new consumer expectations and more competition. Consumers of seafood and NGOs are becoming increasingly knowledgeable and raising their expectations of the products we offer. Markets once supplied by capture fishing are being taken over by aquaculture. 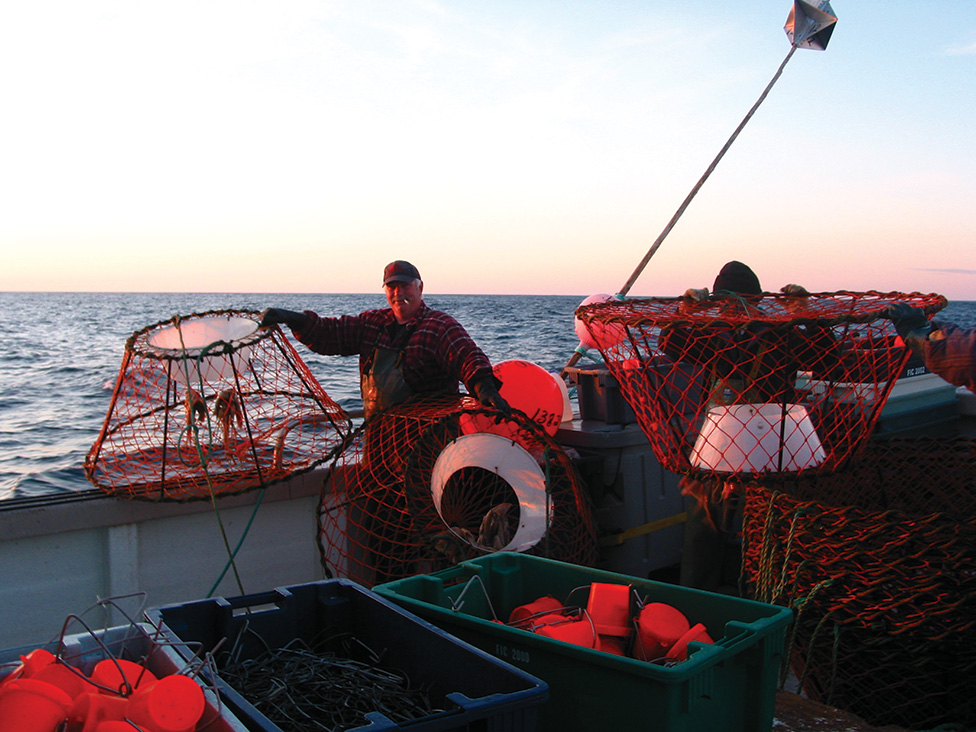 Capture fisheries in low-wage developing countries are increasingly competing with those in high-wage developed countries like Canada. China has emerged as a major global player and products from there — including Atlantic cod — are widely available at competitive prices even in food stores here in Atlantic Canada.

As members of the baby boom generation gradually move into retirement, there is already a shortage of vessel crew members and plant workers that is likely to get worse over time. Technology is changing rapidly in both sectors, due to the need to replace human labour and the increasing capabilities of new technologies becoming available. Energy prices and currency exchange rates can be expected to fluctuate, sometimes favorably and sometimes not, so they are wild cards in the hands we are dealt.

In short, the only constant we can expect in this industry is change.

The impacts of all these changes on our industry will be significant. Within the next five to 10 years, the industry will be radically different from what it is today, even though we cannot yet say exactly how it will be different. Anyone who seriously thinks the future will be much like the past is either not very well informed or dreaming.

Whether it is better or worse will depend on how we adapt to the changes. If we don’t adapt, we likely won’t have much of an industry. If we don’t do it voluntarily, change will be forced on us, because the forces of change are very powerful, indeed. And we probably won’t like the outcome.

Although there may be a few surprises — as there always are in this industry — we can see the change happening now and we can reasonably foresee what the consequences are likely to be. But adapting to change is difficult and the fishery in Atlantic Canada has always been slow to adapt, so we have had major change forced on us many times, simply because we failed to take the initiative before it was too late. 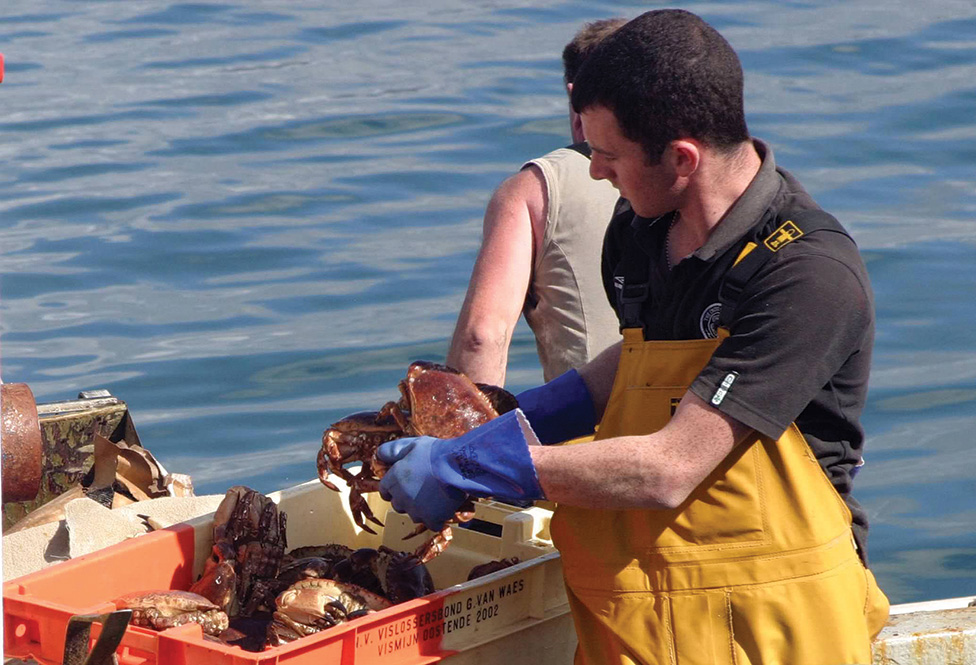 A few relatively recent examples include:

All of these examples developed over a period of years. We could see them developing and the consequences were foreseeable, but we did not want to make the difficult decisions required to prevent disaster. So we ended up in crisis.

In each case, the crisis led to financial distress for individuals, companies, and governments, along with community upheaval and a lot of personal heartache. Change is hard but the consequences of not changing can be even harder.

Will it be different this time? As the examples above indicate, the odds are against it.

Certainly, there are some people in the industry who see both the threats and the opportunities change is presenting and want to prepare. But, based on what I see and hear, I think the vast majority are content to leave things the way they are. As the saying goes, there are drivers and there are passengers. In this case, we can expect the passengers to resist efforts by the drivers to take them to a better place.

A few years ago, I was invited to speak at a workshop on economic development held in a particular region of Newfoundland. Things were rather gloomy in the industry at the time, so I decided to talk about the opportunities that were available to us, based on markets, resources, and technologies. 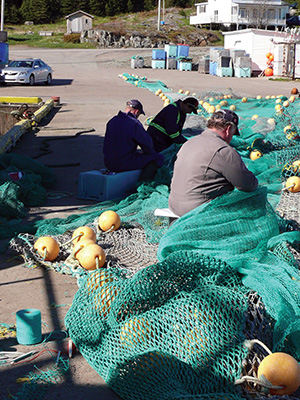 My presentation was well received and many in the audience said they had no idea so many opportunities were available. Later in the day, a man from the audience approached me and said, “that was a very good talk you gave this morning. But I don’t think we want to do any of the things you suggested. We’ve got it pretty good here right now, so there isn’t much interest in doing anything different.”

This is pretty typical of human experience in general. Most people do not foresee the consequences of changes taking place around them, do not see the need for them to change what they are doing and do not want anything to disrupt their comfort zones.

Nevertheless, things are changing all the time in practically every aspect of our lives — not just in the fishery — whether we want them to or not. Some changes are good and others are not. What we have to deal with is our ability to cope. So what do we need to do?

No doubt, adapting to change takes work, sometimes over a period of years before there is any payoff. It won’t be easy.

Mostly, people don’t want to do that work, look for the easy way out and hope things will turn out alright. They are also typically afraid that, even if they do the work, they won’t get the payoff they were hoping for, so they leave the work and the risk to others. As Vincent Van Gogh, the great, but troubled artist, once said, “the key to success is for you to make a habit throughout your life of doing the things you fear.”

Essentially, we have to embrace change and make it work for us. When we do that, we gain control. Instead of being victims of change, we will become its master. In the process, we will shape the outcomes, improve our own abilities, and gain confidence. It will also help us deal with the ongoing changes that will continue to happen but cannot now foresee.

First, we need to figure out what is happening and how to respond.

Figuring out how to respond may mean we have to reset our hopes and expectations, to bring them more in line with what is actually likely to happen.

Second, we need to deal with our personal, organizational and financial capacities to make the change happen. These capacities determine the pace at which change can happen and how that pace compares with the pace of the changes we are responding to. If we are changing more slowly than the changes impacting on us, it won’t work well.

Third, we need to deal with the emotions that go with the change in hopes and expectations and the risks that have to be taken to make the change. Somehow, we need to turn anxiety, fear and a sense of loss into optimism, relief, and, eventually, joy for having made the effort and achieved success. 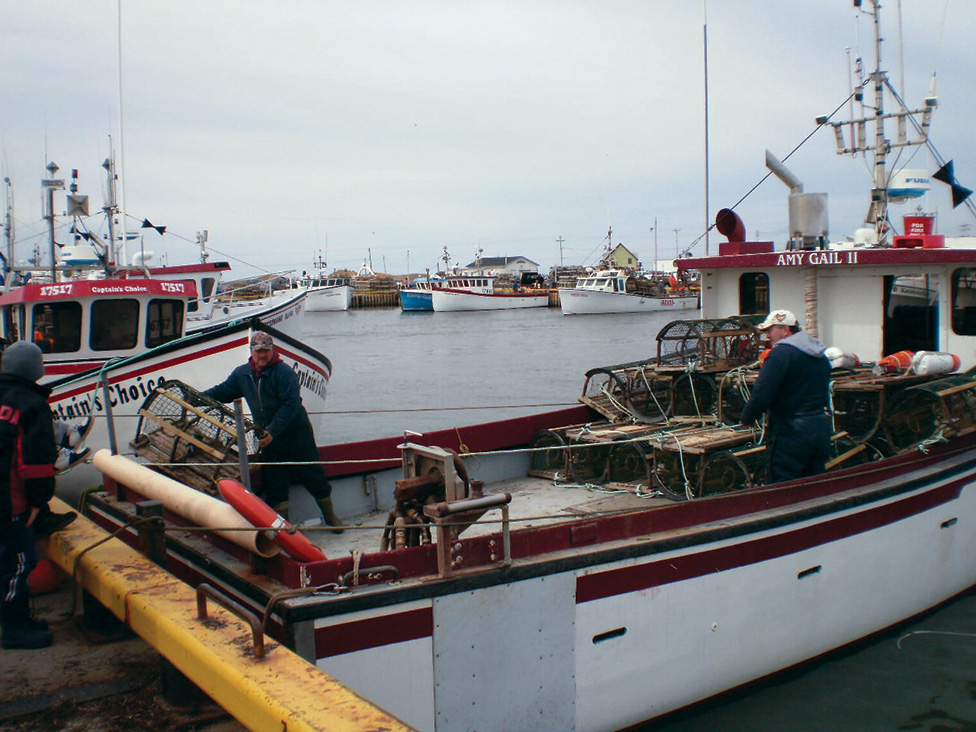 Initiating, planning, and carrying out change are challenging enough. But getting the different stakeholders in our industry to agree on the changes needed and how they will be implemented is probably the biggest challenge, because that is what typically brings change initiatives in our industry to a screeching halt. In this case, the stakes are high.

Whether that will be enough to motivate the stakeholders, remains to be seen. In the past, the motivation to change has been a crisis, where there was no other way out.

Experience indicates that significant change likely can’t be achieved by the industry itself, without some help.

The Canadian Centre for Fisheries Innovation is in the business of dealing with change — either driving it or adapting to it — along with our industry partners.

We have been in that business for nearly 27 years. We were created as a response to the changes that shook the industry in the early and mid-1980s. Since then, we have worked primarily with the drivers of change, while the passengers were in the back seat, waiting to see what would happen.

As we contemplate the changes that will affect the industry in the future, we again expect to work with the industry’s pioneers to work through the challenges. Some years ago, the tagline of Tim Horton’s ads was, “Your friend along the way.” That will be our role as the industry faces the changes ahead.

Due to a production error, some information contained in a fish landings table, that was part of the February CCFI column, was incorrect. In the 2012 other category, the number displayed was 39,047 — the correct number should have read 395,047. The Navigator regrets the error.

No Replies to "Adapting to Change"