Although there have been continual improvements in vessel design, training and technology to prevent accidents, emergencies at sea are still commonplace. 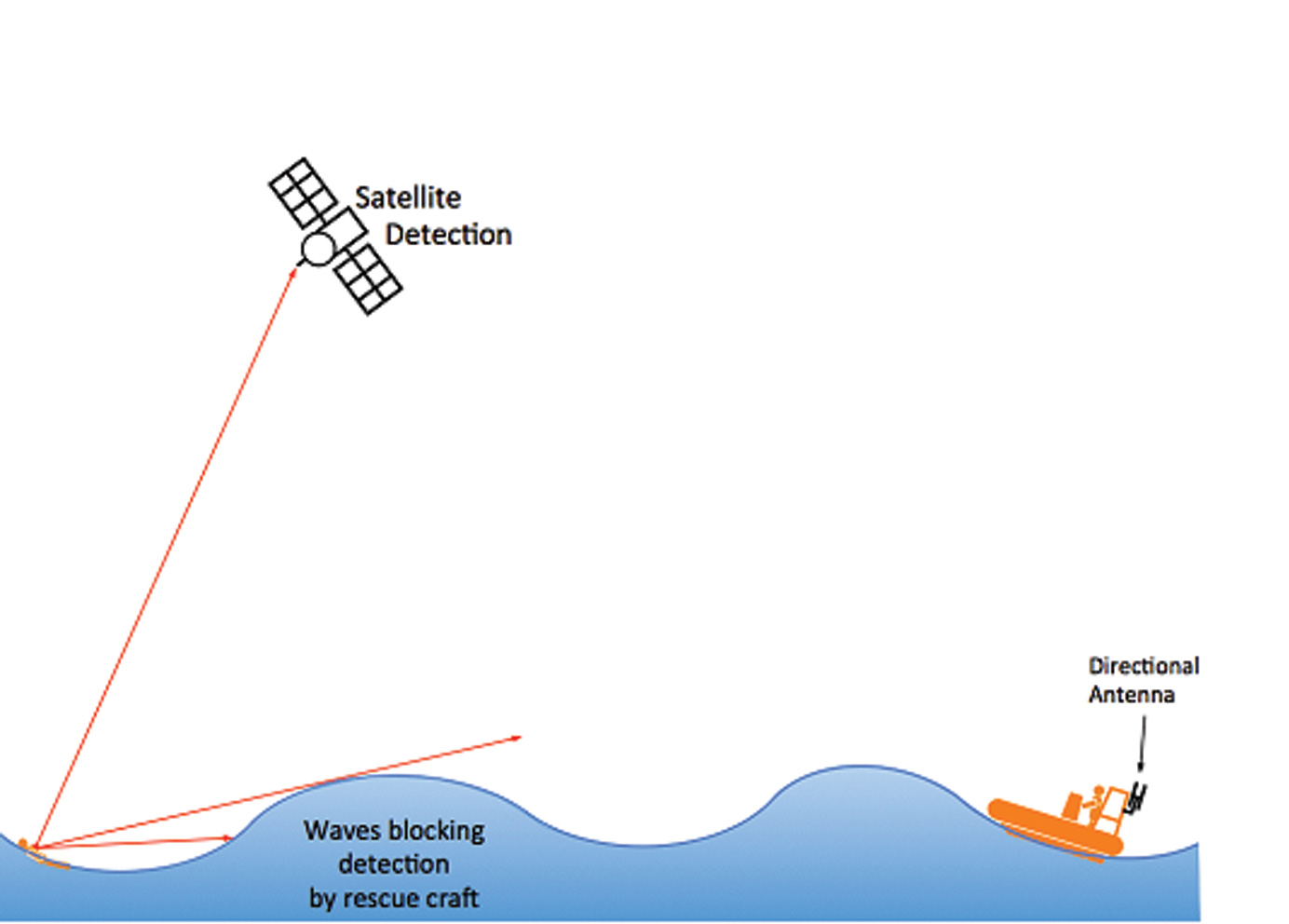 Figure 1 – Illustration of beacon transmission and how ocean waves may impede detection performance.

It is well understood that the likelihood of surviving a maritime emergency improves as we reduce the time elapsed between the event and rescue. For this reason it is important that first responders be notified as soon as possible after an event occurs.

Emergency locating radio beacons are electronic devices that are meant to do just that — raise an alarm if someone is in distress and provide a signal to help locate the person. These devices have existed since the 1930s when they were developed for use in the aviation industry, but beacons are now used in a wide range of applications from backcountry hiking and mountaineering to maritime transportation, fishing and the offshore.

The most commonly used devices fall into two main categories — those that transmit on VHF distress frequencies (typically 121.5MHz) and can be detected only locally using line-of-sight VHF directional radios and those that transmit globally (at 406MHz) to satellite constellations used by the Cospas-Sarsat system. These satellite-based systems are also equipped with an additional 121.5MHz transmitter and use this signal as a secondary means of local detection.

It is important to understand that for these systems to work, signals transmitted from the beacon must be successfully detected. Successful detection depends on many factors, including the environment in which the device is being used. In survival situations where the user has some control over his or her position, it may be possible to actively improve signal detection success (for example, backcountry hikers can move from a valley to a high-point of land).

For an individual floating on the water’s surface, however, it is generally not possible for the user to actively change position to improve chances of signal detection. In addition, if the beacon is underwater the signal will not be detected, even at close range, since water inhibits propagation of electromagnetic (radio) waves that the beacon emits.

Similarly, beacons transmitting from the water surface can be adversely affected by spray or if located in a wave trough, since the surrounding water may momentarily block a signal from reaching the detecting device. This is particularly relevant for line-of-sight systems where detection occurs on nearby resources rather than satellite-based systems overhead (Figure 1). 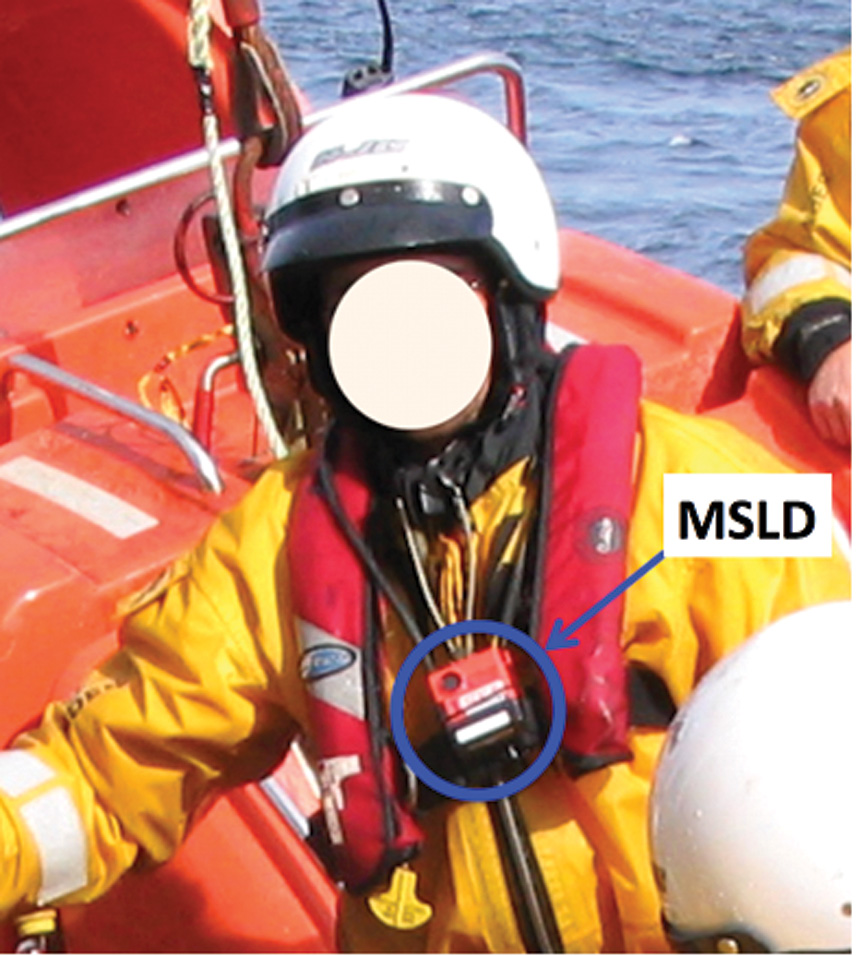 The project (funded by Petroleum Research Newfoundland and Labrador and the Research and Development Corporation of Newfoundland and Labrador) will focus on devices used by the offshore industry (depicted in Figure 2), however, results will provide an improved understanding of beacon performance as it applies to any aspect of operations in the maritime environment, including the fishing industry.

The research will take place in two experimental phases with a variety of devices. Phase I (baseline testing) will be conducted in controlled conditions on calm, clear days in order to define the best possible performance that can be expected for all beacons chosen.

Phase II (realistic sea conditions) will be carried-out over a two-week period from an offshore supply vessel operating on the Grand Banks.

For all tests, beacons will be attached to rescue mannequins that will be setup to mimic expected floating attitude for a person wearing an immersion suit. Sea and environmental conditions will be measured throughout the tests, along with mannequin position and the signal detection characteristics by local means of detection and by Cospas-Sarsat satellite system detection.

Project results will identify the main factors affecting the ability for a beacon signal to be successfully transmitted and detected by comparing baseline performance to sea trials performance for the range of sea conditions experienced. At the end of the project, guidelines will be provided to industry that can be used to set performance requirements when selecting emergency location systems.

Every vessel over eight metres in length that operates in Sea Area A1 (as defined by the IMO) is required to carry an emergency position indicating radio beacon (EPIRB) which operates through the Cospas-Sarsat satellite systems. However, in Canada the use of personal locator beacons (PLBs) (that operate on both 121.5MHz and 406MHz) or maritime survival locator devices (MSLDs) (that operate on 121.5MHz local detection only) is not required for individuals in the maritime transportation or fishing industries.

Recognizing the use of an emergency locating device is the decision of the user, we feel it should be considered an essential part of the personal maritime survival equipment onboard ships.

This is particularly important in fishing applications where accidents can happen in remote regions where time savings in the search for survivors could mean the difference between life and death. We hope the research being carried-out will have a positive impact on the general understanding of performance expectations of personal location devices in open ocean conditions and that results will lead to improvements in emergency response and safety for those who work at sea.

Risk Versus Reward in the Fishery

We’d Have Been Better Off Staying Home - Part III