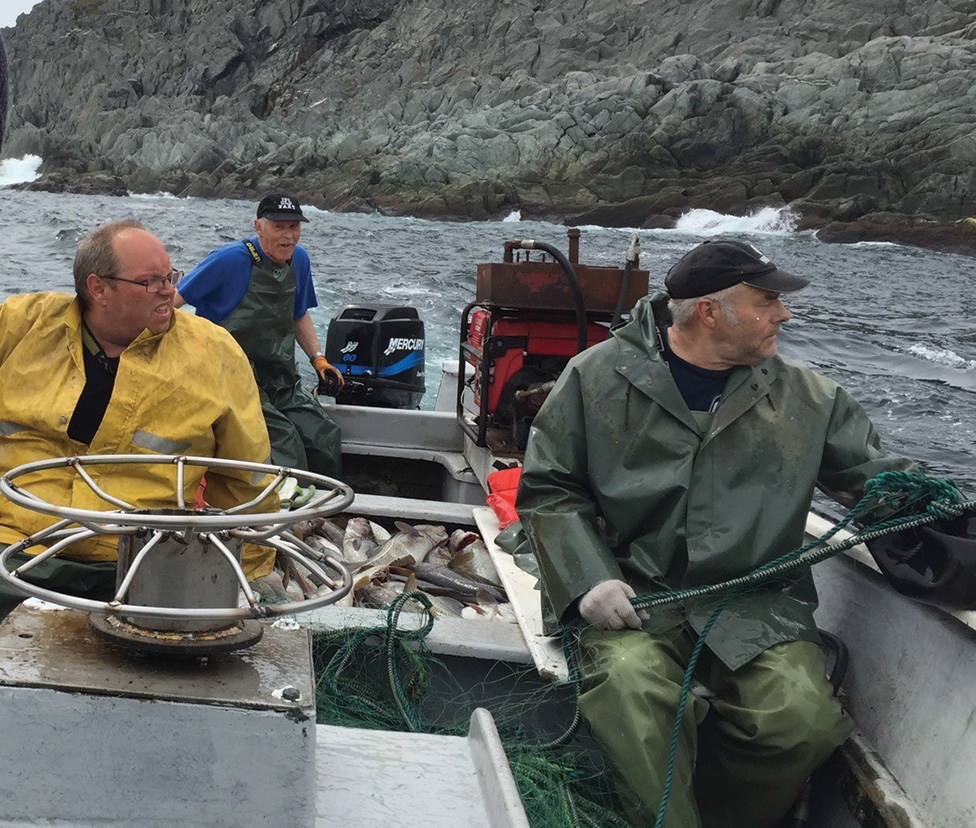 Harrison (Harris) Richards has fished alongside his brothers for 50 years.

In fact, for many of those years, there were at least five and sometimes six brothers fishing onboard the same vessel.

His eldest brother is Willis Whyatt. Willis carries his mother’s maiden name because his father drowned in 1941 when Willis was just five months old. His mom, Elizabeth Whyatt, was to marry Willis’ father later that year but tragedy struck the small fishing community of St. Carols on Newfoundland’s Northern Peninsula. Nine men were thrown overboard from a fishing vessel. Two men, including Willis’ father, perished.

Elizabeth later married John Richards and had 10 more children for a total of six sons and five daughters.

Willis purchased his first vessel when he was 28.

Harris and Hedley signed on as crewmembers with their older brother, starting a family tradition that continued until all six brothers fished together.

“Hedley and Harris were the only two old enough when I bought the Bonnie Corrine so, as the younger boys got older and finished school, they all came onboard too,” Willis explains.

The Bonnie Corrine was a 50-foot longliner, a rarity in small fishing towns like St. Carols in the 1960s and 1970s.

Most of the inshore fishing fleet consisted of the Newfoundland and Labrador traditional “trap” boats or other small open boats less than 35-feet in length. Willis and his brothers onboard a 50-footer stood out among the crowd.

“Oh yes, she was like an ocean liner back then,” Willis laughs.

Willis later purchased a larger vessel. The Robert Bradford was only two feet longer than the Bonnie Corrine, but she was also wider, providing for a greater carrying capacity.

Harris Richards turned 65 on June 29 this year, six months after he was diagnosed with prostate cancer.

He says he’s not ready to retire yet, but admits the cancer diagnosis put a halt to his plans for the 2017 fishing season. He elected to have radiation treatments in St. John’s and he needed flexibility to allow travel time from his home in St. Carols to and from the hospital. At the time of this writing, Harris was still waiting for “the call” to arrange his first treatment. 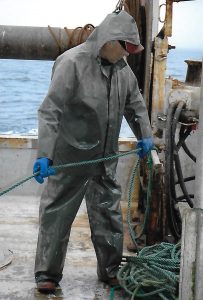 Willis and the Richards brothers were all known as “dogs to work,” but Harris had a special talent. Willis says Harris was an exceptionally fast worker and developed an unusual skill to engage his feet as well as his hands while working the nets as they came over the side filled with codfish. Harris says he plays a kind of fish soccer.

“I always worked back aft and discovered that I had a knack for kicking the fish out of the net and straight down the fish hold,” he laughs. His brothers say they’ve never known anyone else who worked both their hands and feet at the same time the way Harris did.

Willis says the brothers worked together really well, not something all families can do.

He explains that because they all fished together from day one, each knew the others’ strengths and skills and worked as hard and as fast as they could. The boat was set at a certain speed and there was no slowing down, whether there were 100 fish or 500 fish in the net, that was the speed the men had to maintain.

Basically, the brothers were like a well-oiled machine. There might have been a bit of brotherly competition too — no one wanted to be the “slacker” in front of his brothers.

“We’d have a scattered argument about hockey, but that was about it,” Harris says.

Harris credits his eldest brother as being a very “fair” skipper. Willis might have been the boss, but he managed the enterprise by consensus. There was always discussion on every major decision and everyone was asked to have his say and when the majority agreed on a strategy or policy, they all agreed and worked hard to get the job done without a murmur of dissent.

Harris has fond memories of his 50 years fishing with his brothers.

“We fished a lot of cod and we often went to Batteau and a couple other places in Labrador,” he says. “And we also did a lot seining. We were the first ones from home to seine herring, often working as far south as Green Bay and sometimes down as far south as Trinity Bay.”

“I remember one year we landed two million pounds of mackerel,” Harris says.

The first three brothers fished together in the late 1960s and 1970s along with their dad, John Richards and the other three joined as they became of age.

By the time David, the youngest brother, was old enough to join the crew, John had passed away and David replaced him on the boat.

In keeping on with the family tradition, Elizabeth Richards, their mom also joined her boys for a few seasons after her husband died.

The all-brother crew started reversing the family tradition about 12 years ago when Willis started preparing for retirement.

She studied the craft of fishing at the Marine Institute in St. John’s, donned a suit of rubber clothes and went crab fishing with her relatives.

“One of the most rewarding experiences of my entire life has been working side by side on deck with my uncles and my dad. I don’t have the words to describe how special that was for me,” she says.

As for the human dynamo named Harris or in Sabina’s case “Uncle” Harris — “The most important thing Uncle Harris taught me is the value of a strong work ethic. He has one gear and that’s full steam ahead. Back when I started at the crab, I learned really quickly to either keep up or get the hell out of his way. As energetic as he is in his mid-60s, I imagine he was something to see when he was young. I’ve heard the stories from dad and Uncle Hedley. Apparently, having Uncle Harris pick cod out of the nets was as good as having three men onboard,” Sabrina laughs with her family pride showing more than just a tad.

When Willis retired, Sabrina needed to find a new skipper. The new captain was not a brother to her dad and uncles, but she didn’t have far to look to find a replacement for her dad. Her cousin Glen Richards, stepped up to the wheel of her newest vessel, Lady Kenda and is still the man in charge.

“We still managed to keep the family tradition going,” Sabrina smiles, showing her obvious pride in her dad and uncle’s legacy that still continues, albeit on a smaller scale, as the brothers grow older and retire.

Hedley and Les eventually retired after Willis moved on, while David, the youngest, took a job in Ontario so only one brother, Hubert, remains as a crewman on the Lady Kenda so far in 2017.

But don’t count Harris out yet.

“I have every intention of going back fishing again — as soon as I can get out after my radiation treatments — and if the doctors call me soon to start treatments I just might make it back in time to do some cod fishing this fall,” he says in a very determined voice, adding that he also intends to fish again in 2018.

Harris points out that Hubert is looking at another couple of years before retirement and adds that he would like to stay on as long as Hubert is there.

Something tells me that Harris Richards just might do that — because, as he states confidently, “I’m not gone anywhere yet.”

No Replies to "All in the Family"