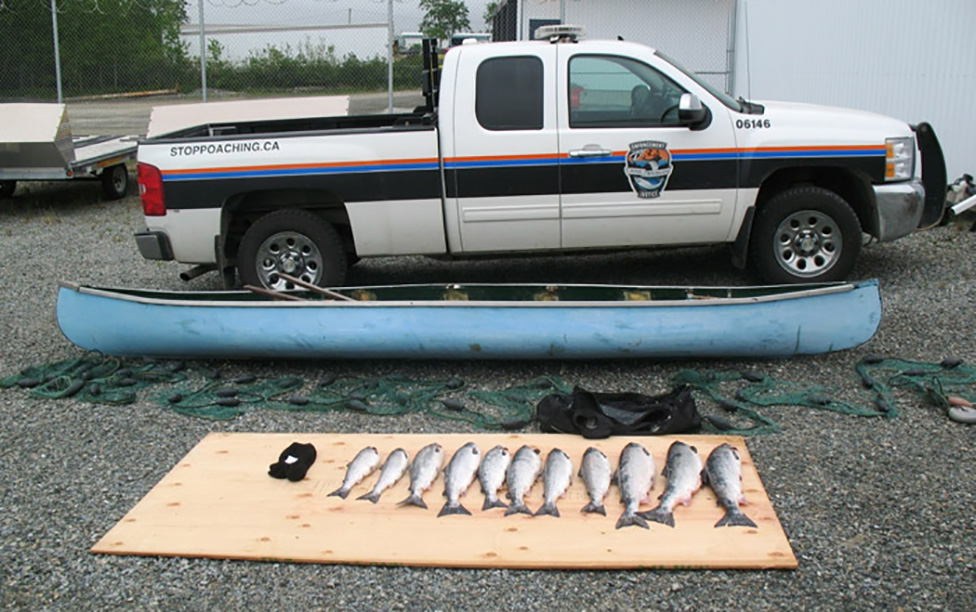 While on foot patrol early in the morning along the shore of Gander Lake near the mouth of the Southwest River, officers observed two individuals setting what appeared to be a net.

After calling for assistance, the officers stayed in the area to observe and at approximately 5:30 a.m., watched the two suspects in a canoe retrieve the net. One of the individuals was wearing a black ski mask concealing his face.

When officers attempted to arrest the individuals, a foot chase ensued with both suspects ultimately being apprehended and arrested. They are facing a number of charges for violations of the Federal Fishery Act and further investigation is ongoing in relation to possible charges under the Criminal Code of Canada. Both men are expected to appear in Provincial Court in Gander at a later date.

Seized as a result of this incident were a canoe, a net, 11 Atlantic salmon, a black ski mask, and a black duffle bag.

Both of the suspects in this case were already known to officers with Fish and Wildlife Enforcement.

No Replies to "Alleged Salmon Poaching Incident Leads to Charges"