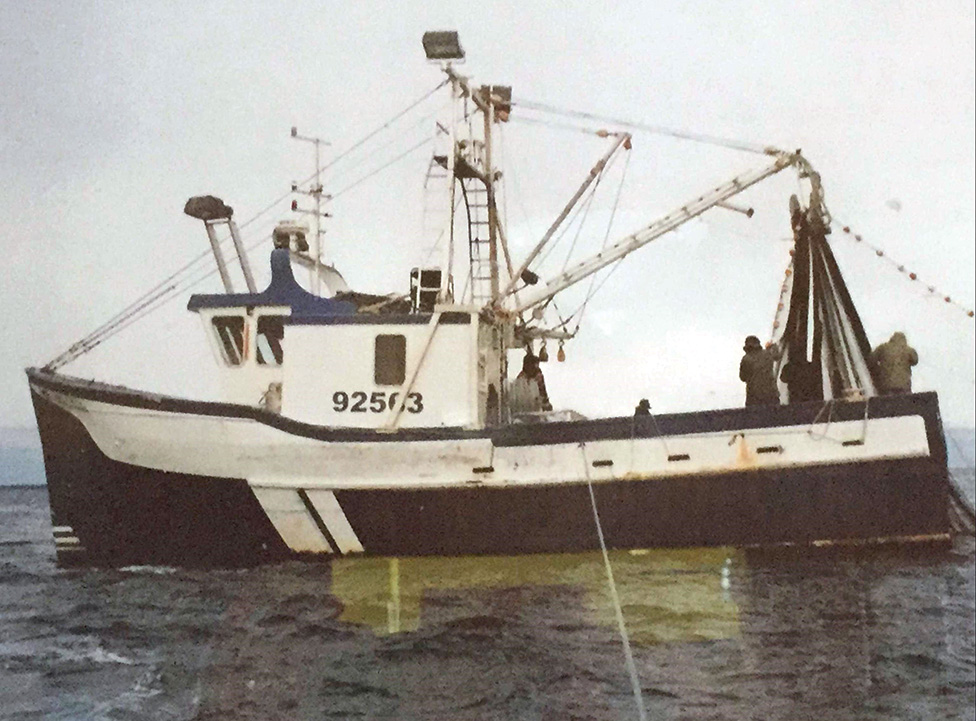 In the early hours of an October morning in 2009, Captain Dean Hynes and his four-man crew were looking forward to getting home after a long evening and night mackerel seining off Stephenville on Newfoundland’s southwest coast.

Dean, from Fox Island River, was captain and owner of the Blue Islander, a 45-foot seiner. His crewmembers consisted of three brothers, who were also Dean’s cousins — Wally, Paddy and Doug Leroy. The fifth man was Shane Lafitte, a new addition to the crew. Shane was fresh out of high school that year and Dean hired him as a new deckhand to work with the Leroy brothers.

The five men fished all night until approximately 2 a.m. when Dean got word that winds were expected to strengthen, so he decided to head toward homeport at Port Harmon, Stephenville. The men had a successful night seining and because they were only an hour or so away from port, they continued to fish along the way home to make it the best trip possible.

About four or five miles from port, Dean saw a sizeable school of fish on the sounder and decided to make one last set.  Things went well, but winds started to freshen quickly so they decided to let the last of the catch go because the forecast called for strong winds and this looked like the beginning of it.

With a full load of mackerel, it took some time before the Blue Islander could build up a good speed, so it was nearly an hour before they approached the fairway buoys at the entrance to the harbour. 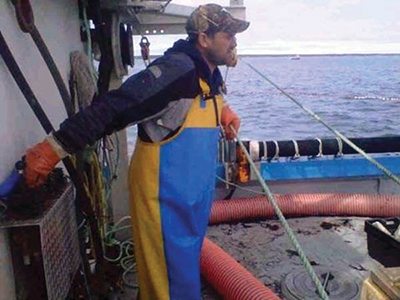 As they turned to enter the channel, the brisk northwesterly wind was directly on their port side, but the Blue Islander was a sturdy 45-foot boat and with a full load onboard, she was low in the water so the wind wasn’t a big concern, at least not then.

A minute later, Dean pulled back on the throttle to slow down his boat in order to line it up directly for the approach to the channel and suddenly, the engine stalled.

At first Dean figured there might be a problem with the alternator because they had fished for several hours that night and had used their high-powered lights to attract mackerel closer to the surface and in a position to drop the seine around them. Dean had a generator onboard and it wasn’t long before they had the engine running again.

Everything was fine until Dean put the engine in gear and the engine immediately stalled again. That was when he realized the problem was not with the alternator — it had to be something else.

Besides the strong wind, there was a big swell on the ocean and although only a few minutes had passed from the time the engine first stalled, the vessel was drifting dangerously close to the rocky shoreline.

During the seining process, fishing crews follow a very precise and finely tuned set of procedures. It requires a skilled crew who must understand what every other crewman is doing at the same moment that he is carrying out his duties. Timing is crucial. Each man on deck has his specific job and then there is the operator of the tow-off skiff. He’s the one who boards a small boat and tows the seine away from the larger vessel, dropping it around the fish, corralling them in the net.

Wally Leroy was the tow-away operator, so he was the obvious choice to take a line on the smaller boat and try to tow the Blue Islander out of harm’s way.

Dean knew that it was pointless to drop anchor because they were on top of sandy bottom and the anchor wouldn’t hold, so he had just one option.

The plan was to keep the larger vessel from crashing on the rocks and also move it away from other vessels lining up to enter the channel.

Like Dean and his crew, most of the boats had finished their night fishing and were on the way home and those who hadn’t, headed straight for port as soon as the winds picked up so there would soon be a lineup waiting to enter the channel. Hopefully, Wally, in the tow-away boat, could at least hold the Blue Islander in position long enough for another larger vessel to come by and get a line onboard and tow them away from the channel to safety.

“My father (Gus Hynes) was only a couple of miles behind me in his boat so I knew he’d be there pretty soon,” Dean explains.

Meanwhile, Wally did manage to move the stricken vessel away from the threatening rocks nearby, but as he got a little farther from shore the swells grew bigger and the small outboard motor on the tow-away skiff was simply not powerful enough to make further headway.

“Wally bought us a few extra minutes and almost got us away from the big rock that was close by,” Dean says, explaining that a few more feet would have taken them out of the immediate danger zone and into calmer waters.

Meanwhile, Captain Andy Hickey pulled alongside in his 65-foot seiner offering to help.

Despite being tossed around on the large waves, Wally managed to pass the towline to the big boat and for a minute there was hope. But hope was short lived.

“Andy couldn’t get us away; seas were washing over the deck of his boat and some of his ropes and stuff was washing overboard and then the tow rope busted,” Dean recalls.

Despite being in very dangerous waters, Andy said he would try and get a bigger rope to the Blue Islander, but by then, the stricken vessel was again drifting perilously close to the rocks and in shallow water, so Dean had to make a critical call.

With a window of only five or six minutes before it would be too late, he had to think fast. Would he give it another try, knowing that both vessels might end up on the rocks if attempts to get a line onboard failed, or would he make the call to abandon ship?

At age 33, Dean wasn’t a veteran skipper, but having fished since he was a teenager, he had a lot of experience to draw from. Aware that he and the crew could possibly get onboard the tow-away skiff with Wally and then transfer to safety, Dean made the call to leave his vessel and not risk the lives of his crew and possible would-be rescuers.

It was a wise decision.

Boats can be replaced — people are obviously far more precious and can’t be replaced.

Meanwhile, in the process of trying to get a larger rope to Andy, Dean discovered why the engine stalled. He noticed that one of his span lines attached to the bow of the boat, used for securing the vessel to a wharf, was drawn taut across the side of Blue Islander toward the stern where it disappeared under water. When he realized the span line wasn’t just hanging loosely over the bow, Dean knew it was because the end was wrapped around the propeller shaft.

But, there was no time to consider cutting the rope from the prop. It was time to get his crew to the port side of the Blue Islander and prepare to board the tow-away boat.

With the wind and seas pounding the small aluminum boat against the larger vessel, it wasn’t easy getting off the seiner.

Dean said they had to time their jump carefully because both boats were riding up and down in the rough seas but not at the same height or consistency. After several minutes, all five men had managed to climb onboard Andy’s boat, steaming through the channel to the welcoming comfort of home.

“The storm lasted all the next day and by that time, the boat was smashed to pieces — I never saved a thing off her,” Andy says.

Dean admits that he was shaken by the close call and the loss of his vessel but he also knew that fishing was the only life he knew and he was back at sea the following week, fishing on his father’s boat. By the next fishing season, he had purchased a 55-footer that he still fishes today.

No Replies to "Almost Home"