Nova Scotia Fisheries and Aquaculture Minister Keith Colwell is back at the helm of an annual conference he initiated 20 years ago, as a forum to bring fishermen from throughout the province together and talking.

This year, as many as 400 industry stakeholders are expected to attend the Nova Scotia Fisheries and Aquaculture’s 20th anniversary conference on February 22 and 23 at the Halifax Convention Centre.

Started in 1998 by Colwell, the conference “was an initiative I started then to get fishermen together,” said Colwell in an interview.

“The goal at the first conference was to get fishermen together, talking to each other and hopefully we could get them organized so we could lobby the federal government with more effect really, and with one standard voice that could really help move the industry forward and help the industry all together. It was a really good conference, the first one,” he recalled. “It’s different today of course but I think that maybe it helped bring the industry a little bit closer together.”

In recent years, the conference has grown to include all sectors of the industry, as well as exhibitors. 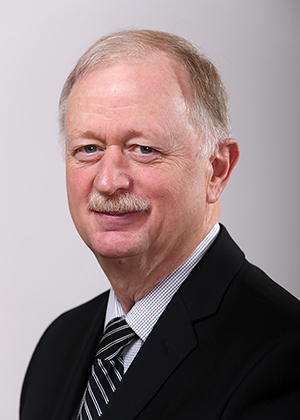 “It really has grown,” said Colwell, with about 300 people attending last year’s conference and upwards of 25 exhibitors. This year, upwards of 400 people are expected to attend and at least 40 companies are booked to exhibit.

“We are very, very happy about that,” said Colwell, noting it is turning it into the biggest conference yet. “We’re even getting interest from outside the province.”

This year’s conference will focus on quality, said Colwell. “We’re going to be talking quality because quality means a higher price at the wharf and for the dealers, a better return on investment.”

“Having already delivered a number of key outcomes for industry there are many exciting developments in store for the program in the near future that we’re excited to share with conference participants,” said Hodge in a press release.

Another conference highlight will be a presentation on the rehabilitation of the West River Sheet Harbour through the combined efforts of the department’s Inland Fisheries Division, the Nova Scotia Salmon Association, the Atlantic Salmon Federation, the Department of Natural Resources and other partners and supporters.

A project that was initiated more than a dozen years ago, for the last two years it has become the “biggest liming project in North American history,” Colwell said.

Colwell said other topics will also be up for discussion.

“Other issues that the industry has told us they are interested in,” such as succession planning, which is “a big concern for a lot of people so we’re going to talk about a lot of different topics all directly related to the industry,” he said.

The annual export value of the Nova Scotia seafood industry is $1.8 billion annually, with exports to the U.S. valued at $200 million.

“The fishery has a huge economic impact to the province” that creates “a lot of economic opportunities for people that are spin-offs from the industry as well as for people working directly in the industry,” Colwell noted. A lot of really positive things happen that are industry driven.”

No Replies to "Annual N.S. Minister’s Conference Focusing on “Wealth Through Quality”"