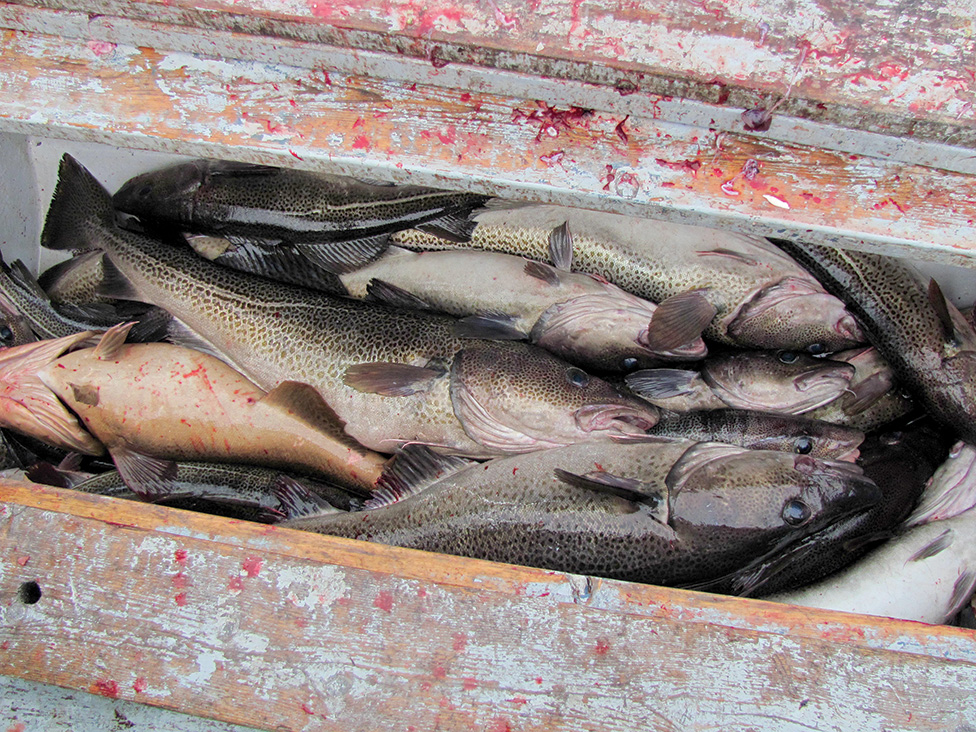 With snow crab and Northern shrimp quotas in decline, more and more attention is being given to the return of groundfish, particularly cod.

Fisheries and Oceans Canada (DFO) recently announced that in keeping with recent recommendations of both the House of Commons Standing Committee on Fisheries and Oceans and the 2+3KLNO Groundfish Advisory Committee, DFO (Newfoundland and Labrador Region) will commence full stock assessments beginning in winter 2018 and continuing for the next five years.

These assessments will enhance the understanding of Northern cod stocks and better inform management decisions, which could ultimately benefit fishers and communities who use this iconic resource, DFO explained.

Northern cod stocks have been increasing since the mid-2000s. While this trend continued in 2016, the stocks still remain in the lower half of the critical zone. DFO scientists have been studying the impact of changing ocean conditions on our fisheries resources, including Northern cod, and on our ecosystems more generally.

The department continues to do this important work. Over the next five years, DFO science staff will monitor changes in Northern cod closely and carry out full stock assessments each year at a cost of approximately $2.75 million per assessment.

“All DFO science advice follows a rigorous peer-review process. Fish harvesters sit at the table with our scientists when reviewing the state of fish stocks, and the results of science assessments are shared publicly. The fisheries management decisions are evidence-based, using the best available science, with the ultimate goal of conserving the important fishery resources so that they are available now and for future generations of Canadian fishers.”

Steve Crocker, Newfoundland and Labrador’s Minister of Fisheries and Land Resources, said he is pleased DFO will commit $14 million over the next five years to conduct full Northern cod stock assessments starting in 2017-18.

“I have been requesting increased fisheries science into the species around our waters since becoming minister and I am pleased the federal government has listened to these requests and will invest $14 million into full annual scientific assessments for Northern cod. Having greater scientific activity is critical especially as we prepare for the transition to groundfish. This announcement builds on the commitment the federal government has made towards our province’s fishery including the recently announced Atlantic Fisheries Fund.”

The FFAW-Unifor, as a member of the Newfoundland and Labrador Groundfish Industry Development Council (NLGIDC), has spearheaded a 2017 proposal for the Northern cod fishery that will both result in a sustainable harvest and more value returned to fish harvesters, plant workers and their coastal communities. This proposal was put forward by the Council to DFO for the 2017 2J3KL cod fishery after extensive consultation on the successes of the 2016 management plan for the Stewardship Fishery. This proposal would help grow on these successes and is a one year management plan.

During 2016, the NL-GIDC proposed a management plan for a one year Stewardship Cod Fishery in areas 2J3KL. This plan was approved by DFO in early August 2016, with a fishery start on August 15, 2016. The elements of the 2016 NL-GIDC Plan were:

This approach allowed harvesters to catch significantly more cod than in any year since the moratorium, with many harvesters landing upwards of 35,000 pounds of cod — providing significant growth and value to enterprises who had previously been limited to a three-week, 5,000-pound fishery. It also helped spread out the harvest to levels where current processing capacity could handle landings, as well as give confidence that investment in plants and processing technologies are both needed and encouraged, and a high quality product is able to be landed over an extended period of time.

The 2017 proposal is derived from the results of post-season consultations undertaken by DFO and builds on recommendations taken from these meetings, as well as feedback from extensive consultation with FFAW Inshore Council members, other committees and fleets and NLGIDC members.