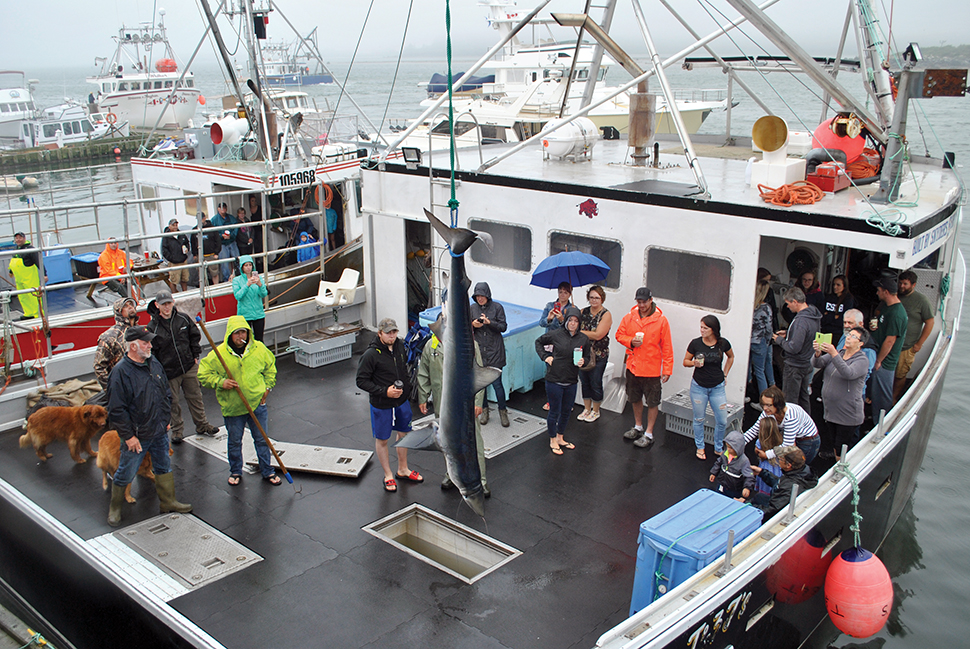 Except for a rainy weigh-in, all was well with the 20th annual Yarmouth Shark Scramble, held Aug. 15 – 18, with 50 blue sharks being landed, more than 80 tagged and released and only 1.1 pounds difference between the first and second place prize winning fish.

Chris Cushing aboard the Lurcher Shoal edged out Corey Irons from the vessel Sea Fever III for top place in the scramble, landing a 347.2-pound blue shark. Irons’ shark weighed in at 346.1-pounds. In third spot was Ryan Leblanc from the Amanda and Allison with a 308.6-pound blue shark.

Taking home the grand prize of a four-wheeler ATV, donated by Leonard C. Comeau and Honda, was David Wiscock, Glace Bay, from the Irish Rebel. The winner was determined by a draw.

“It was a good tournament. Everybody caught fish, said co-founder Bob Gavel. “Everything went well expect for the rain.”

A team of researchers from Dalhousie University and the Oceanographic Environmental Research Society were onsite to conduct testing and take samples during the weigh-in, which provides valuable stock status data. All the shark meat was sent for processing after the weigh-in.

No Replies to "Another Successful Yarmouth Shark Scramble"