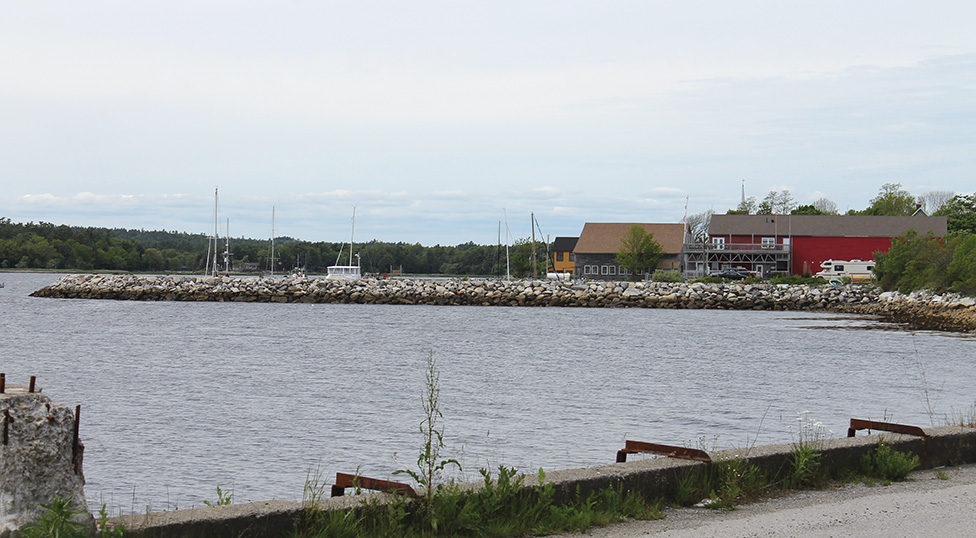 A major oil spill in the Shelburne Basin could be so disastrous for the residents of Shelburne County, Nova Scotia, that a NORIGS-type of committee is being suggested to act as an intervener before the Canada-Nova Scotia Offshore Petroleum Board (C-NSOPB).

John Davis made this proposal in an open letter to a local weekly newspaper addressed to the residents of the county a few days before Christmas.

Davis is no stranger to the area, having been a leading director of NORIGS, a fishplant and fishing boat owner and now a part-time resident. For the past 18 years he has also been leading dive expeditions for Discovery and History Television, National Geographic and working with Google on its Google Ocean addition to the Google Earth platform.

Shell Oil and other oil companies have the OK to look for oil and gas in the Shelburne Basin, a deep-water structure off Nova Scotia’s Scotian Shelf. Shell is expected to spend over a billion dollars over the next four years as it drills seven exploratory wells in the area.

Davis, and others who care deeply about any action which could impact key fishing areas, point to the proximity of major fishing banks like Western, Emerald, LaHave, Baccaro, Browns and Georges Bank to the drill sites due to the Labrador Current moving its way over the area on its way to the Gulf of Maine. This current brings in rich nutrients which helps to make these banks — especially Georges and Browns Bank — vital to the fishery sectors in western and south western Nova Scotia.

At issue is the ability of Shell Oil, or any other oil company, to deal with a major blowout at a deep water well head in the Shelburne Basin.

The impact of the Deep Water Horizon disaster is still being evaluated and the findings so far are grim. Getting equipment to the site of a blowout or spill as fast as possible is crucial to minimizing ecological damage to the water column or structures like Georges Bank.

When it comes to the Shelburne Basin, Davis feels Shell is wanting in this regard.

He figures by the time suction pumps, skimmers and rotary brush skimmers reach the site, it could be three to four days, providing the weather cooperates. If a blowout occurred during the winter months, finding three or four days of ideal weather (light winds, calm seas) would be difficult.

If a nor’easter was in the offing, or strong south easterly winds, that oil slick could travel a considerable distance in four days. This could put the slick on the LaHave Bank in less than two days or on the Emerald or Western Bank in less than three.

Capping a leaking well could take even longer because the equipment would have to come from Norway. Now you are looking at 14 days before work can actually begin on the well head.

What was done in the Gulf of Mexico and would probably occur here is the use of dispersants to sink the oil to the ocean floor.

The dispersant in question is Corexit.

Researchers at the Georgia Institute of Technology proposed that it might have been wiser to allow the oil to naturally disperse. It would have taken longer but would have been less toxic impact on marine ecosystems.

Researchers have found the mixture resulting from oil and Corexit is over 50 times more toxic over the oil alone. They also discovered an 80 square mile area in the Gulf of Mexico which is lifeless where the dispersant was used. The area is covered by three to four inches of dispersant-laced oil.

Corexit has been banned by a number of countries, but changes in federal legislation could enable Shell to use the dispersant in Canadian waters.

Three federal departments — Fisheries, Transport and Environment — say it is unlawful to dump dispersants into the ocean and that criminal charges could follow such an action. New federal legislation (Bill C-22) changes all that. It states that Shell can decide to use the dispersant on its own initiative and report later to the C-NSOPB about its actions.

Davis feels there is no one that is equipped to make a risk benefit assessment concerning the use of dispersant in the Shelburne Gully, other than the communities and fishing industry of the South Shore of Nova Scotia. He added that no ‘Net Environmental Benefit Assessment’ decision to utilize dispersants at the Shell Exploratory Drilling Project Area at the Shelburne Gully should be made without the explicit approval of the municipal units of Shelburne County in consultation with the South Shore Fishing Industry, Bill C-22 and NEBA protocols notwithstanding.

He recommends the following actions be taken by Shelburne County:

Adapting to Climate Change in Fisheries and Aquaculture