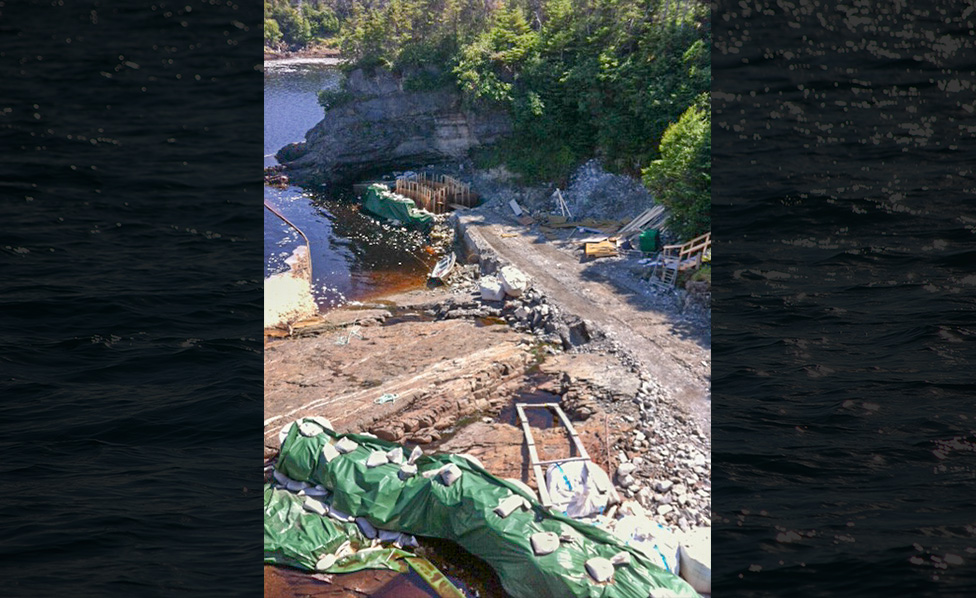 The Atlantic Salmon Federation (ASF) is calling on Fisheries and Oceans Canada (DFO) to take immediate action to assist hundreds of trapped wild Atlantic salmon in Rocky River, Newfoundland and Labrador.  An ongoing fishway construction project, overseen by DFO, is preventing the salmon from moving upriver, leaving them unable to spawn and produce more salmon.

The fishway project, located near Colinet, was started earlier this summer but it won’t be completed prior to the salmon’s spawning season.

“This is a project that is being led by DFO and a concrete plan should have been in place to move the salmon prior to construction beginning,” says Don Ivany, ASF Director of Programs for Newfoundland and Labrador.  “It’s poor planning on DFO’s part.   You must allow for fish passage prior to beginning any new construction project.  Private contractors must follow the law, why not DFO?”

Ivany says there are at least 450 wild Atlantic salmon trapped in a pool under the current non-operational fishway. While he appreciates the current efforts of DFO to attempt to move the salmon, he says it’s a case of too little, too late.

“I have been in communication with DFO and these fish are continuing to fall through the cracks,” says Ivany.  “Given the difficult situation they are working in, there’s a possibility that these fish might not be successfully captured and moved before spawning time.”

Ivany says it’s a situation that never should have happened in the first place. He says mistakes have been made and DFO needs to be held accountable.

“The entire run is being prevented from moving upriver to spawn and the results will be catastrophic if something isn’t done soon,” said Ivany. “I’m very afraid that the salmon are going to fall prey to seals as they are easy targets for predators.”