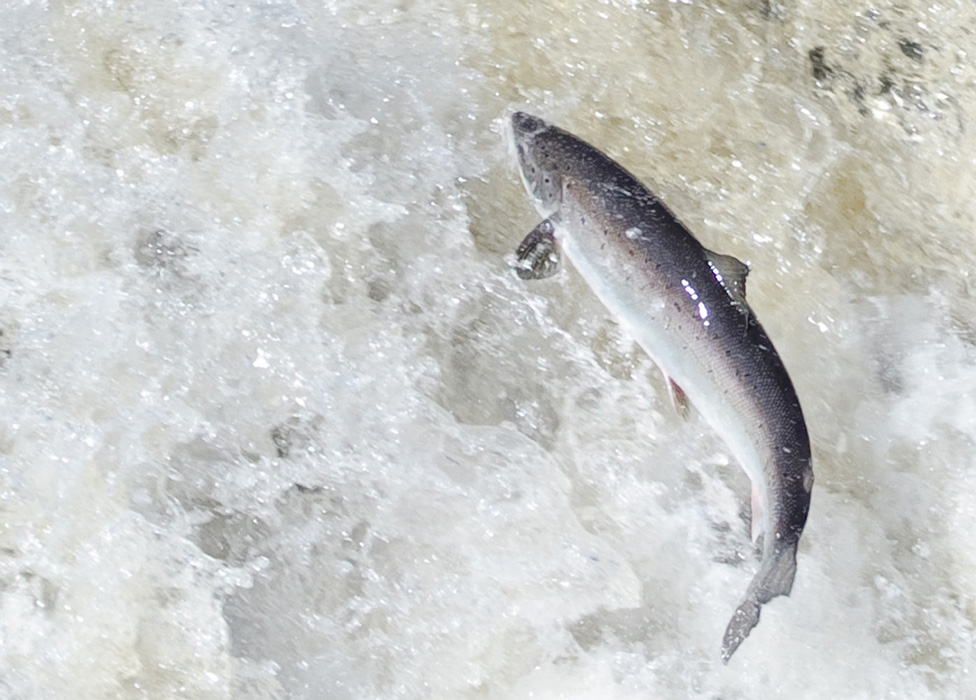 Final population estimates for North American Atlantic salmon show returns in 2016 were lower than the year before and may indicate further declines in 2017, the Atlantic Salmon Federation (ASF) stated in a press release.

As a result, ASF is urging anglers and indigenous groups to exercise caution by practicing live release or allowing more fish to pass upriver.

This conclusion is based on data from Canada, Quebec, the United States, and Greenland and comes just ahead of next week’s meeting of the North Atlantic Salmon Conservation Organization (NASCO) in Varberg, Sweden where national government delegates will discuss the measures to protect the species.

ASF’s State of the Populations report found total estimated North American returns for 2016, including large salmon and grilse, was 533,500 individuals, a 27 per cent decrease from 2015.
Grilse, which are Atlantic salmon that return to spawn after only one year at sea, saw the greatest decrease, 31 per cent lower than 2015. This situation triggered a special meeting in Newfoundland and Labrador and was a factor in the decision to continue mandatory live release for anglers in New Brunswick and Nova Scotia.

The drop in 2016 grilse returns combined with low numbers at Greenland may have implications for the return of large, two sea-winter salmon on 2017.

“Last year’s grilse and this year’s two sea-winter fish went to sea at the same time,” said ASF President Bill Taylor. “With grilse returns down sharply and quota left unfilled in Greenland, it suggests this year class has struggled to survive.”

The International Council for the Exploration of the Seas (ICES) has reviewed the same data and is warning against any mixed stock fishery, or in-river harvest of large salmon where conservation limits are not being reached. ICES is a network of more than 5,000 scientists that provides unbiased fisheries advice to 20 member countries including Canada.

“We hope we’re wrong about large salmon returns this year, but in light of this information anglers, people in St. Pierre and Miquelon, and indigenous groups should take steps to maximize salmon survival this year,” said Taylor.

Overall, anglers and indigenous groups in Canada harvested 135 tonnes of Atlantic salmon in 2016, equal to approximately 46,000 grilse and 12,000 large salmon.

In the United States, numbers remain critically low. A total of 636 Atlantic salmon were counted in all American rivers last year, equal to only three per cent of the spawning fish required to meet conservation limits. Atlantic salmon are protected by the U.S. Endangered Species Act and angling is completely closed.

Rivers in Eastern Cape Breton, the Atlantic coast of Nova Scotia, and the Bay of Fundy fared better on average than the United States, but extirpation remains a possibility if aggressive conservation and recovery actions are not taken to reverse the decline.

Because Atlantic salmon from most North American rivers migrate to the same areas, mixed stock fisheries that target salmon on their ocean feeding grounds at Greenland and the Faroe Islands, and fisheries that intercept returning salmon at St- Pierre et Miquelon and Labrador, can have a disproportionate effect on depressed populations.

ASF’s Icelandic partner, the North Atlantic Salmon Fund (NASF), has secured a long-term conservation agreement with Faroese fishermen that suspends their harvest of Atlantic salmon. ASF and NASF continue to seek a similar deal with Greenland fishermen, renewing an agreement that was in place between 1992-1993 and 2002-2011 which reduced the harvest of Atlantic salmon to low, subsistence levels. In return for catching fewer salmon, ASF and NASF use private funds to compensate fishermen fairly and support alternative economic activities.

These conservation agreements have saved tens of thousands of large salmon and had a direct effect on populations in North American rivers.

“Every person who angles, harvests salmon, spends time on a river, or just values nature has a role to play in Atlantic salmon conservation. Governments must do more to limit the number of Atlantic salmon that are killed every year and we hope the officials at next week’s NASCO meetings in Sweden make this a priority.” said Bill Taylor.