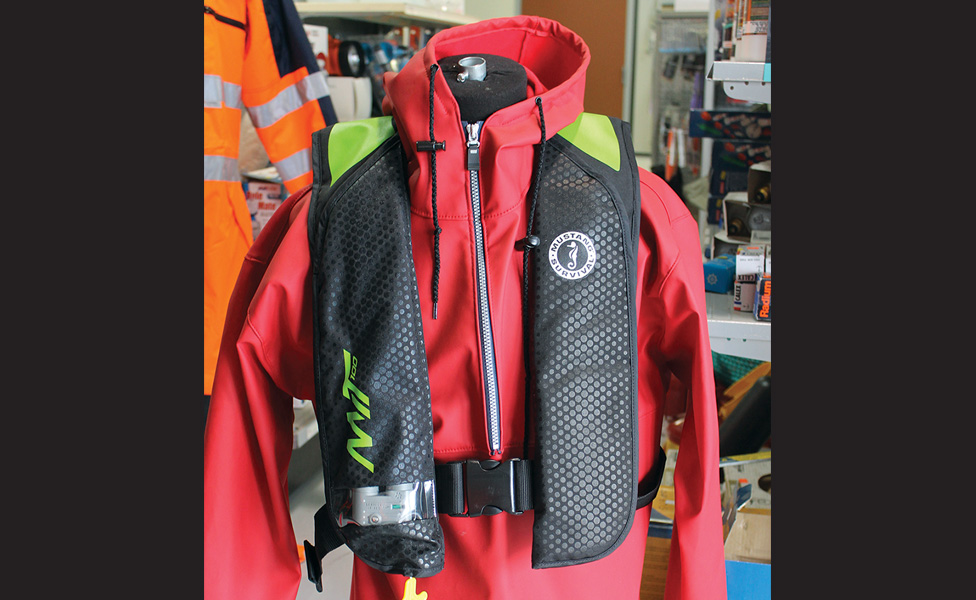 MLA for Queens-Shelburne Sterling Belliveau is preparing a Private Member’s Bill to strengthen Occupational Health and Safety regulations to mandate the workplace use of a personal flotation device (PFD) while “on deck on the water.” The bill coincides with concerns raised recently by the chairperson of the Transportation Safety Board of Canada about weak standards for PFD use.

Currently, Nova Scotia only requires that a PFD be worn when a “risk of drowning” is identified. In December, the chairperson of the Transportation Safety Board of Canada Kathy Fox identified that regulations requiring a PFD only when a risk is identified are not sufficient for fishers’ safety. Fox’s comments were in relation to a Transportation Safety Board of Canada report into a fishing tragedy in BC where three fishers who were not wearing PFDs died.

Nate King is a fisher who went overboard on Dumping Day 2015 in waters off Nova Scotia, while wearing a PFD.

“Some people might think it is unnecessary, but you never know when something could happen and you can end up in the water,” said King. “If including this in the regulations will save one life, then it is worth doing.”

“I know in the past the fishing industry has been resistant to wearing PFDs while working on deck, but both the industry culture and the design of PFDs have evolved,” said Belliveau. “There is no reason for us to lose a life that could have been saved by a PFD.”