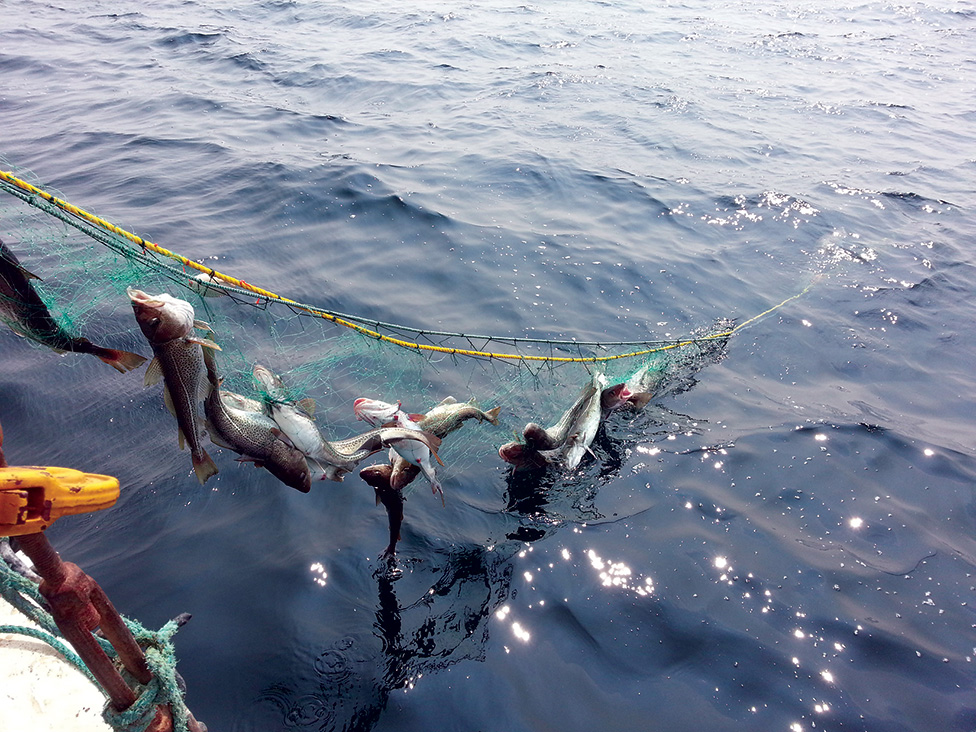 Harvesters participating in the 2016 2J3KL Northern cod stewardship fishery are going to be landing more fish this year.

On August 12, the Department of Fisheries and Oceans (DFO) confirmed, what has been speculated in the industry for several months — groundfish limits would be increasing — at least for 2016.

DFO explained that the one-year management plan for the 2016 Northern cod Stewardship/by-catch fishery for NAFO Divisions 2J3KL is based on a proposal submitted by the Newfoundland and Labrador Groundfish Industry Development Council (NL-GIDC), a collaboration between the Fish Food and Allied Workers Union (FFAW) and various Newfoundland and Labrador seafood processors.

The 2016 fishery is moving away from the three-week individual quota (IQ)-based system (5,000 pounds (2,268 kg), round weight per licence holder), to a regime that includes: an extended season, weekly landing limits, elimination of individual quotas and removal of the requirement to fish within the fisher’s home bay.

The base weekly harvesting limits are:

DFO said it recognizes that harvesters have availed of the department’s combining policy and made investments to acquire additional allocations. Weekly limits for combined enterprises will be greater than the base weekly limit by an amount proportional to the level of combining. Full details on the weekly limits for combined enterprises will be outlined in the licence conditions, which, according to DFO, were to be released shortly.

Fishing is not permitted in the waters outside Canada’s territorial sea (the 12-mile limit) and many of the management measures previously in place for this fishery will continue, including:

Fish harvesters are reminded that they must renew their groundfish licence and arrange At-Sea Observer coverage services prior to fishing.

Compliance with management measures is essential for the success of this fishery. This includes the accurate completion and return of all logbooks, as per licence conditions.

Additionally, Fisheries and Oceans reminds fish harvesters that the waters adjacent to Petty Harbour to Maddox Cove are closed to the use of gillnets and longlines year round.

The FFAW praised the decision to increase catch limits, calling it a new chapter in rebuilding the cod fishery in Newfoundland and Labrador.

The union said, according to data from DFO, the Northern cod spawning stock biomass has increased from 20,000 tonnes in 1997 to 300,000 tonnes today.

“Rebuilding the cod fishery will bring with it many challenges and opportunities,” said FFAW President Keith Sullivan.

“This new approach will provide harvesters with an increased opportunity to harvest and will give the processing sector opportunities to market more sustainable, high quality cod.”

However, everyone was not as pleased to hear about the increase in cod catch limits.

Kris Vascotto, Executive Director of the Nova Scotia-based Groundfish Enterprise Allocation Council, said the Northern cod stock, which once supported the largest commercial fishery in Canada, remains in the critical zone, at about one-third of the level where the Department of Fisheries and Oceans would consider it able to sustain a healthy fishery.

“In fact, DFOs own scientific advice for this stock (2016) states that “…removals from all sources should be kept at the lowest possible level…” Despite this, the Federal Government has chosen to expand the Northern cod fishery for 2016,” Vascotto said.

“While codfish born in 2012-13 are gaining weight and the stock is increasing its total biomass, continued recovery of this stock is not assured, and is likely to stall and possibly decline if recent average recruitment continues.”

“The risk of stock decline after 2018 is very real. It is unfortunate that the government has chosen, despite this risk, to allow an increased catch, possibly affecting recovery of the cod stock for generations to come.”

It is Time for Fisheries Policy to Change for the Better

No Replies to "Big Changes For 2J3KL Cod Fishery"