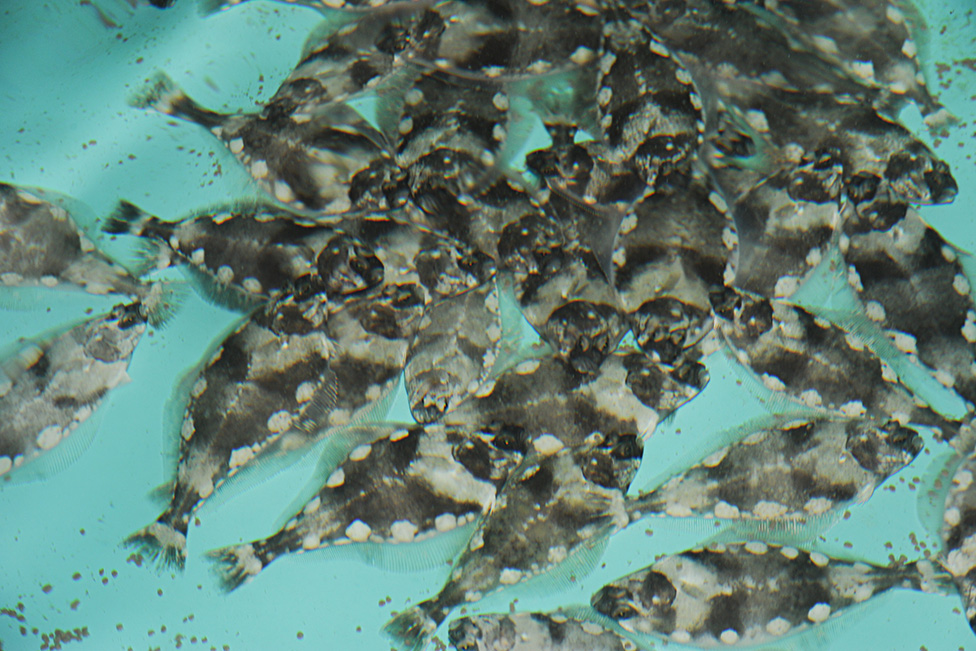 Building an Industry: P.E.I.’s Only Halibut Farm Continues to Grow

Leaning over the tank full of water in front of him, Bob Johnson pushed open a mesh screen so his visitor could get a look at the creatures lurking inside.

Readily distinguishable from the light blue tanks they swam in, hundreds of flat, dark, outlines hugged the bottom as though their lives depended on it — each about the size of an open human palm.

Despite their love of the bottom of the tank, a couple of the small fish break away, head for the surface and swim leisurely there for a few moments gulping air and apparently, checking out the intruders.

The mesh screen was a late addition to the tanks, explains Johnson, because the fish kept jumping out. 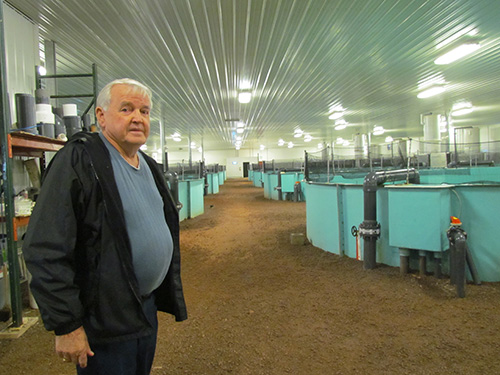 Bob Johnson stands in the new addition to his company’s halibut farming operation.

And they are far too valuable to lose like that, he said.

These are Atlantic halibut, one of the most valuable finfish currently farmed in Canada and the culmination of almost eight years of work by Johnson, his business partners and their employees.

On this day, Johnson is showing a visitor around his operation, Halibut P.E.I., in Victoria, Prince Edward Island.

Housed in a former lobster plant/pound, Halibut P.E.I. is the only facility in the province growing their namesake fish, and one of only three doing so in the Maritimes.

Daniel Paynter has been the manager of aquaculture operations with Halibut P.E.I. for two years and has been with the company almost since the beginning.

He’s enjoyed the work and watching a new industry develop around him, he said.

“It’s very interesting. It’s a fairly new species to aquaculture, relatively speaking. You’re always learning all the time, there’s no handbook for how to grow halibut so we’re always tinkering with stuff and seeing what works best,” said Paynter.

Halibut P.E.I. had three starting partners in 2008, Johnson, Jim Dunphy and Gerry Johnson. All three have decades of experience in the science and business aspects of aquaculture so they decided to pool their resources in a new venture.

“We were looking around at the type of thing we could do in P.E.I. in finfish aquaculture and we decided that one good species to work with would be halibut. Halibut for a number of reasons; it’s fairly expensive fish, it’s probably the most expensive white-flesh fish there is on the market, the wild stocks are not that strong… and the market is strong,” recalled Johnson.

The first winter they bought 2,200 halibut of various sizes and experimented on them. What was the optimum water temperature? How often did they need to be fed? What about the water salinity level? And so on. 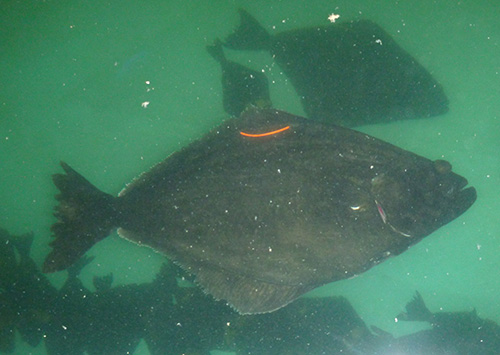 Halibut require water that is about 10 degrees at all times. The tanks at Halibut P.E.I. are supplied with water from a number of subterranean saltwater pumps. The natural filtration of the water has the added bonus of being free of pathogens and other contaminants, so the company doesn’t need to medicate their fish against those threats.

Once they had the systems of the old plant retrofitted for their purpose, Johnson and his partners started raising product in earnest in 2010 when they filled the old lobster tanks in the facility with fish and started developing markets.

They started locally, approaching high-end Prince Edward Island restaurants and Holland College’s Culinary Institute of Canada in Charlottetown, but eventually were able to set up contacts around the Maritimes and beyond. Their biggest markets are now Toronto and Montreal.

“The wild fishery is only open for a few days, so your fresh fish is only available for a very limited amount of time,” he said.

“But we can ship 365 days of the year and the fish that would go out of here this afternoon would be harvested this morning. So you couldn’t get any more fresher fish than what we’re producing here. The restaurants have been very receptive to our product,” said Johnson.

The fish at Halibut P.E.I. come from a hatchery called Scotian Halibut in Clarks Harbour, N.S. They are purchased when they’re six months old and the size of a toonie and it takes them about 41 months to mature to the desired size.

Wild halibut can grow to monstrous sizes of several hundred pounds each, but those fish are decades old.

Originally, Halibut P.E.I. had hoped to grow their fish to about four pounds and send them off to market, but they quickly found suppliers were demanding a slightly larger fish, about six pounds. 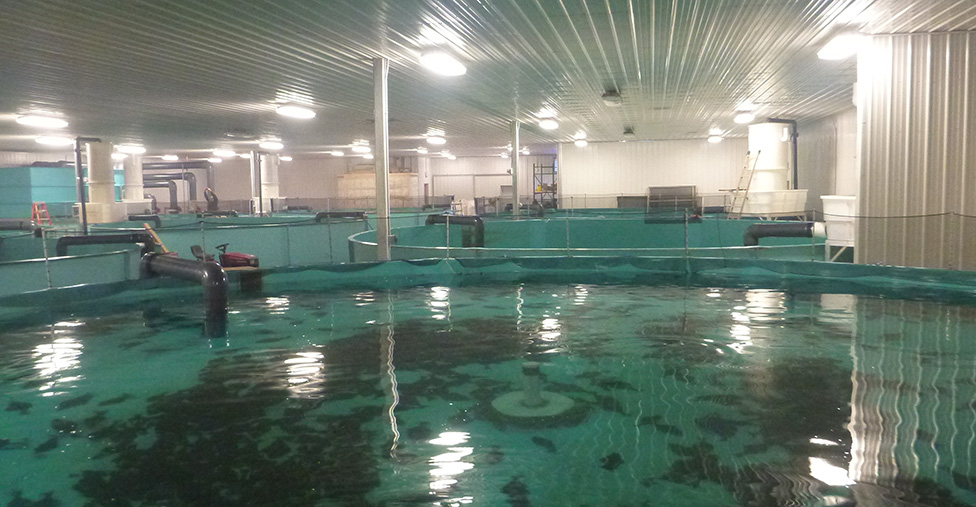 “They want to be able to fillet it or steak it,” said Johnson.

“But about 20 per cent of the fish won’t reach that size, so we harvest them at smaller sizes and either sell them as fillets or sell them as a small individual, one-pound, fish for a centre of the plate product.”

The fish that do reach optimum sizes are the plant’s premium product.

In 2010 the owners decided that things were going well enough that they increased their investment and purchased the fish plant they’d been operating out of.

In 2013 they expanded their thanks in part to a $1.5-million loan from the federal and provincial governments. The new space doubled their holding capacity from 35 tonnes to 75 tonnes.
Paynter said they’re very pleased with the new space.

“It’s my dream facility,” he said.

They’ve been slowly transferring their larger halibut to the new tanks as they age and grow, but in the meantime they’ve grown a batch of Atlantic salmon as a test of their systems and of the species itself. However, they don’t plan to grow more of the pink-fleshed species in the near future, as they remain focused on their namesake fish.

The humble halibut has been good to them, said Johnson and they’re looking forward to future where their chosen species is as synonymous with P.E.I. aquaculture as its famous oysters and mussels.

The Long and the Short of Longlines: Information Session Provides Insight into Norwegian Cod Fishery

No Replies to "Building an Industry: P.E.I.’s Only Halibut Farm Continues to Grow"