Editor’s note: The following letter was sent to Joyce Murray, Minister of Fisheries, Oceans and the Canadian Coast Guard on Feb. 22, 2022.

As the Shadow Minister for Fisheries in Newfoundland and Labrador, I write on behalf of the PC Official Opposition Caucus to express our deep concern over remarks you reportedly made during your recent speech at the recent annual meeting of the Canadian Independent Fish Harvesters Federation.

The president of the association representing fish harvesters in our province (Keith Sullivan of the Fish, Food and Allied Workers Union of Newfoundland and Labrador) issued a news release in which he restated and challenged your vision for the fisheries here on Canada’s East Coast, saying you told your audience of fish harvesters that your goal as Minister is to leave as many fish and grow as much vegetation in the water as possible so the Atlantic Ocean can better absorb carbon to combat climate change and fish harvesters will simply have to accept the sacrifice as part of Canada’s commitment to fight climate change.

You reportedly said that, with technological advancements, fish harvesters could change career paths and work remotely from their homes.

I cannot imagine that the respected leader of our province’s fisheries union would have issued this news release if it completely mischaracterized your remarks. There must be something in your remarks that alarmed him.

If Mr. Sullivan’s news release does indeed reflect your remarks or your vision as Minister, then I cannot state strongly enough our shock and dismay.

Your ministerial mandate letter obligates you to “support sustainable, stable, prosperous fisheries” so “Canada’s fisheries can continue to grow the economy and sustain coastal communities,” and to “support the long-term sustainable growth of Canada’s fish and seafood sector.”

Slashing our fishing industry and the people and economies that thrive on it would be in violation of your mandate.

In no province is the fishing industry more important to the livelihoods of families and communities than right here in Newfoundland and Labrador — yet we have suffered under the mismanagement of one federal administration after another that has imposed its particular vision of how (and whether) we should survive. Shockingly deprived of a direct say in federal fisheries management, we have endured one experiment after another, all of them “supported” by the requisite science that subsequent administrations have found to be wanting. 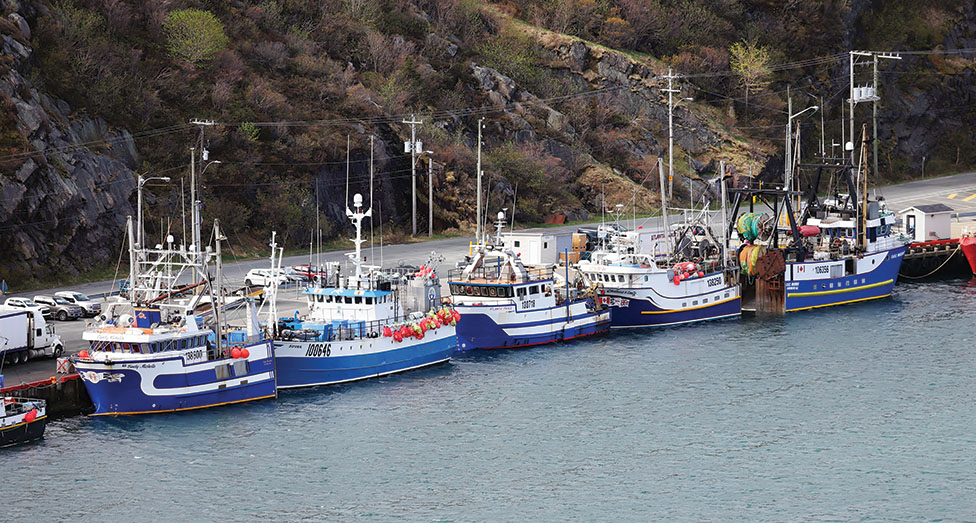 We do not reject efforts to combat climate change and live sustainably. But there are reasonable and responsible ways to accomplish this that do not involve decimating one of Canada’s constituent provinces. For example, your mandate letter calls on you to “make new investments in coastal and ocean areas that have a high potential to absorb and store carbon, like tidal wetlands, seagrass meadows and riparian habitats.”

Why not focus the carbon sequestration efforts on such shoreline ecosystems throughout the country? This would be far better than embracing the extremist policies of such entities as Greenpeace, which would close down fishing enterprises on which a vast number of our communities and people depend. Sustainable ocean fisheries like ours can employ thousands and nurture our communities while supplying protein to a hungry world. Decimating our economy would be a giant leap toward unsustainability.

Regardless of what you actually said, we urge you as Minister to take to heart the suggestion that Mr. Sullivan made in his news release. “If I was to give the Minister one piece of advice,” he said, “it would be to book two weeks in her calendar to visit these coastal communities and to understand how integral the fishery is to their history and future. If Minister Murray witnessed the hard work, sacrifice, risk, and determination of those in the fishing industry, and saw for herself how important the fishery is to our rural economy, I doubt she would make the same statements again. Our harvesters feed the world and they deserve more consideration than what they are currently receiving.”

May I make a further suggestion? At the heart of our people’s concern is our recognition that the Government of Canada regularly exercises its authority to impose whatever policies it chooses on our fishing industry, abruptly and without the participation of our province. All parties in our province have repeatedly urged the Government of Canada to respect the moral right of a province to have a direct say in the management of the local natural resources on which its people depend.

Under your leadership, why not find a way to advance joint fisheries management to ensure the province of Newfoundland and Labrador has a seat at the federal government’s decision-making table for fisheries management in the zones on which our harvesters depend? We have been urging this for decades, but no federal administration has delivered. Perhaps you can deliver on this, so we no longer have to stay awake at night, worrying about the latest scheme some minister might be preparing to drop on us from thousands of kilometres away.

Thank you for your time. I would welcome the opportunity for further discussion with you on the importance of the fishery to Newfoundland and Labrador and especially my home district of Bonavista.

Why Isn't DFO Managing the Deplorable State of the St. Pierre Bank Fishery?

No Replies to "Calling On DFO Minister to Clarify Comments"