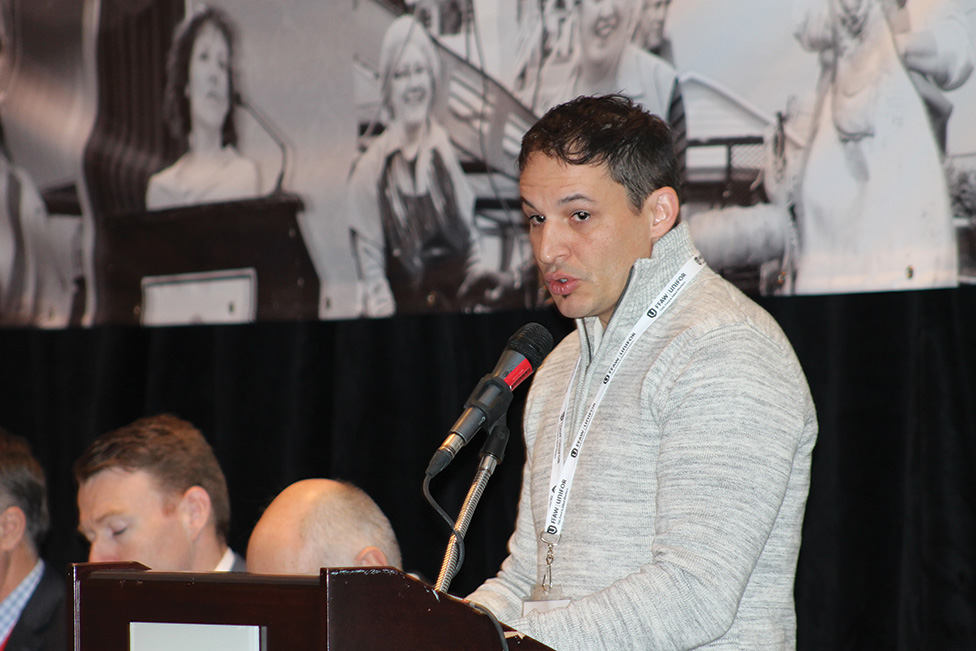 The President of the Canadian Federation of Independent Fish Harvesters began his presentation to the recent FFAW’s (Fish, Food and Allied Workers union) constitutional convention in St. John’s with a question.

Christian Brun asked the union leaders in attendance what they felt was the single-most important threat that will impact the future of the fishery in Newfoundland and Labrador?

He offered some possible answers, such as cod eating shrimp, declines in snow crab and lobster stocks, climate change, pollution, oil and gas development and corporate and foreign takeovers of the fishing industry.

However, Brun’s answer to his own question seemed to surprise some in the room.

“While all of those could make us lose some sleep, I would answer none of the above. I believe the single-most hazardous threat to our industry in the next 25 years could very well be ourselves. When I say ourselves, our harvesters and our own organizations and our fleets collectively or individually.”

“If we do not take care of this industry, fight collectively for what is right and if we are not aware of the risks that are lurking ahead… this could be the last generation of independent fish harvesters in Atlantic Canada,” Brun said.

He explained that since the 1980s, the federal bureaucracy has practiced the concept of getting rid of fish harvesters and effecting change for a leaner fishery that could be run cheaper and more competitively.

“What does that mean? A few big boats on the one hand. There is no doubt in my mind that DFO has been discreetly operating towards this objective for a generation now. The department was trained to believe in a concept… you leave the harvester alone and he will fish the last living thing out of the water in a race against his peers.” 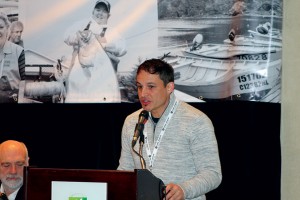 Brun, who is also the manager of the Maritime Fishermen’s Union (MFU), explained that he believes DFO reacted to this concept by forging alliances with ecological groups around the globe. “DFO responded by saying, let’s take the harvester out of the equation and give the fishing rights to corporations and that will be that and we will have to only deal with a few people.”

He said he does not want the Atlantic Canadian fishing industry to mirror or turn into the large industrial fleets of many countries around the world.

“Our fleets are considered around the world as some of the few, leftover small to medium-sized boat owner/operator, family-oriented businesses surviving and doing well anywhere in the world. And we have to realize that. We are fighting against a wave.”

Brun said fishermen should be allowed to grow their business, without jeopardizing the traditional owner/operator concept.

“I see no problem with growing businesses and harvesters making more money and making adjustments for a better life. We have 8,000-10,000 small to medium-sized businesses and we should be able to grow them into a comfortable lifestyle compared to similar work elsewhere. No arguments there.”

He noted that governments sometime overlook the jobs and value created by fishing enterprises throughout rural regions of Atlantic Canada. “The people in this industry occupy and energize a rural territory, especially Newfoundland, that would otherwise be left for a few tourists to visit. The fishery is the only thing left in hundreds of our coastal towns all over Atlantic Canada.”

Brun said if this traditional fishery is to survive and enable younger people to take up the cause and join the industry, attitudes might have to change from the present mode of thinking.

“We need to be aware that making more money and catching more fish can’t always be the only thing on our minds. I know it is easy to say and hard to do — my 1,300 bosses remind me of that every day. We need to be informed and ask questions about the future of the whole industry and be open to explore some uncomfortable options.”

“We need to pressure the federal department and influence political will to reinforce the weapons we have. Owner/operator, fleet separation policy should be stronger than a simple policy and should never be given to any minister to play with,” he added.

Brun said ways need to be found so deckhands and young people can enter the fishery without fear of bankruptcy. “We need to find ways where our fishing businesses are financially attractive for a new generation, without having their individual value go overboard, such as licences.”

“We need to remind ourselves that the fishery is a privilege, not a right and belongs to current harvesters, as much as it belongs to future harvesters.”

Living Up to Election Promises: N.L.’s Federal Cabinet Minister Outlines Fisheries Commitments Kept and Those Yet to Come

This author has not supplied a bio yet.

No Replies to "CFIFH President Outlines Challenges of Future Fisheries"