The phrase citizen science may be new to you, but it is an old practice. Before the 20th century, science was done by “gentleman” scientists who worked independently such as Benjamin Franklin, Sir Isaac Newton and Charles Darwin.

The phrase “Citizen Scientist” was only added to the Oxford English Dictionary in 2014 and it’s defined as “scientific work undertaken by members of the general public, often in collaboration with or under the direction of professional scientists and scientific institutions.” 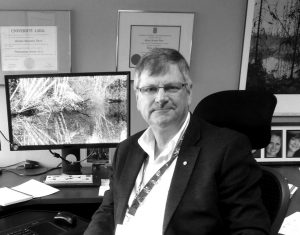 Enter DFO and Dr. Ben Davis, Division Manager for Aquatic Resources in the Science Branch. Davis is originally from Winnipeg and as a youngster he was, “keen on stuff both above and below the water.” Davis has been a thalassophile or ocean lover since he was young. In 1979 when looking for work on the mainland, “Friends said to me, come to Newfoundland and you’ll get a job in no time and I did.”

He’s been at DFO for 38 years now and has worked with sharks, whales, seals and seabirds. Now he can add citizen scientists to the list.

One of Davis’ jobs is to manage stock assessments.

“When you look at stock assessments you need to understand what’s coming into a population, and what’s taken out of a population,” Davis says. “There’s natural mortality and the environment. Then fishing can have a very significant impact on the species and the amount of fish that come out of the system.”

One of the major species that DFO tracks is the Northern cod. It’s tracked and counted through surveys with the commercial and sentinel fishery, including those cod taken as bycatch. “Normally we have pretty good information from all those sources of removal. With one exception, the recreation fishery.”

“People who participate in the recreational fishery land at stages, wharves, docks and on the shore throughout the Northern cod fishing area,” Davis says. “We’ve struggled at times to get a good estimate of how much fish comes out of the water.”

Davis came up with an idea to help end that struggle. He called it the Citizen Science Pilot Cod Project. It was a pilot project where they would assess the recreational fishery.

Here’s how this science project worked.

DFO hired students in Bonavista Bay, Conception Bay, the Northeast Avalon, Notre Dame Bay and Trinity Bay. There were 12 pairs of students assigned to wharves in their communities during the province’s summer and fall recreational cod fisheries.

One of those students was 17-year-old Madelyn Swackhamer from Bareneed. She worked on the wharf in Port de Grave. She says, “For the citizen cod project my responsibility was going to the wharf and measuring the recreational catch.” 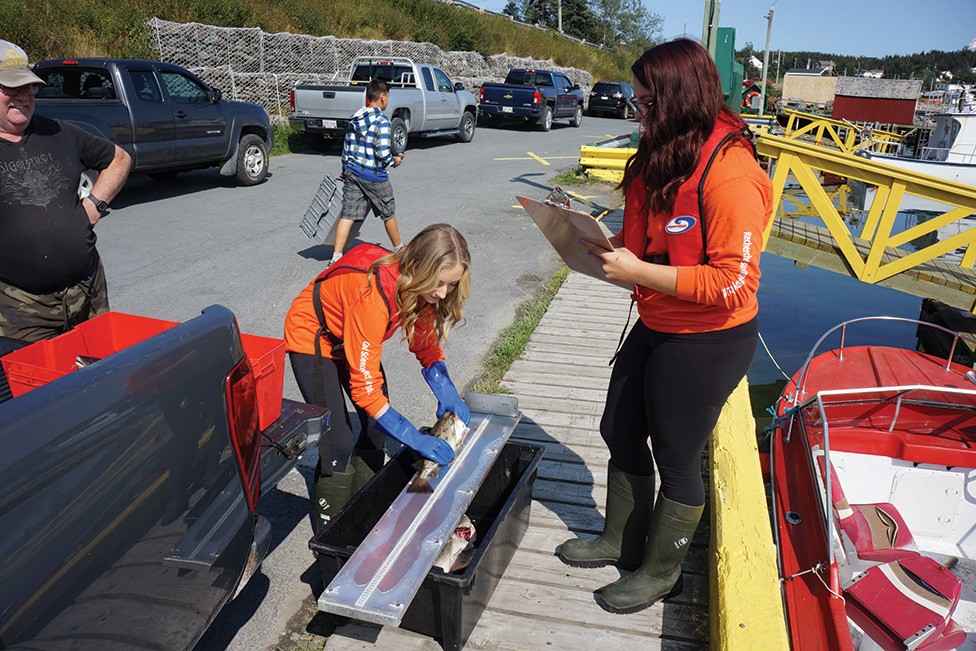 The students recorded data on the number of fish caught, the length of each fish and the arrival and departure of participating vessels.

“People were a little wary of us at first, because we were a new addition to their everyday routine,” Swackhamer says. “But after the first few days they were very cooperative and enthusiastic.”

So enthusiastic, that once the recreational fishers became comfortable with the citizen scientists being on the wharf, they would chase after the students to have their catch measured.

By the numbers, the largest cod measured was 113 centimetres long and landed at Petty Harbour. This is about the height of a five-year-old child.

The wharf where the most fish were landed was also Petty Harbour, with 5,000 fish counted.

By October 1, the students had measured 25,000 fish across their communities.

When looking at a new project, scientist and manager Ben Davis likes to ask himself, “to what end?” For the Citizen Science Pilot Cod Project, he had three goals.

He wanted to get data on the recreational fishery. “Then that information goes into our stock assessments and we’re confident that we have a good handle on where we are with the resource.”

DFO and Davis were interested in getting communities engaged.

The third goal to be addressed is the problem facing science jobs as boomers retire en masse. “It’s really difficult to recruit people into jobs in science in Newfoundland, believe it or not.”

What better way to hook young people into a career path on the ocean than to hire them for the summer to work with fish.

Swackhamer admits that before this job she hadn’t touched a fish and didn’t know that much about cod fish or the cod fishery.

“It shames me to say, being a Newfoundlander, I never knew there were different types of codfish, so I guess that surprised me most.”

“The pilot project exceeded our expectations,” Davis says. “And in this case my three goals were met. We got the data, we got the communities and we got some students, so that was a nice response to my favourite question, to what end?” 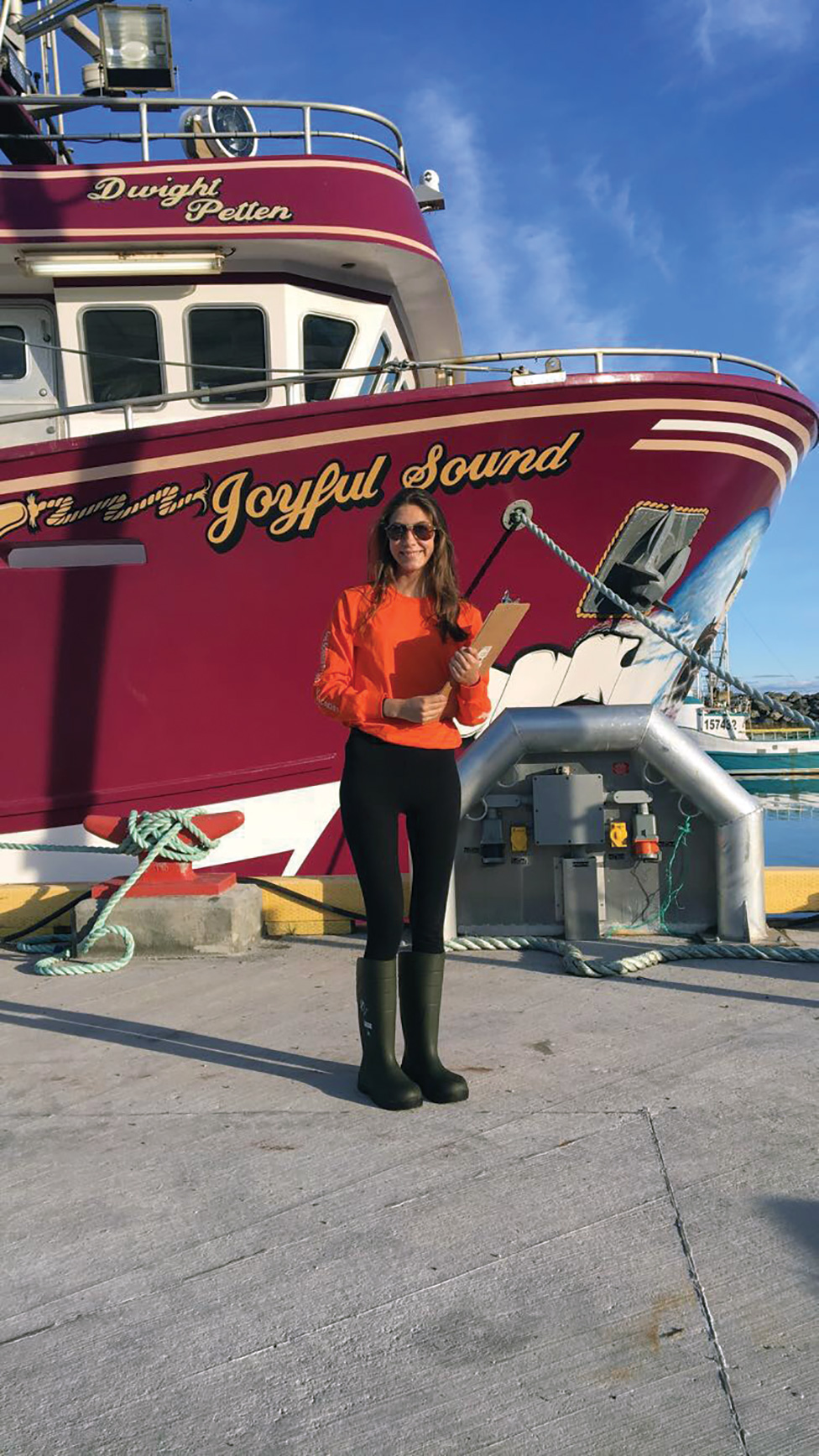 “The best part about the job was getting involved in my community more and learning about the fishery. This opportunity definitely opened my eyes to a possible future career in the marine science industry,” Swackhamer says.

Newfoundland and Labrador has 24 new “citizen scientists” and who knows, maybe their summer job could turn into a career.

You can be a citizen scientist too. Dr. Ben Davis is not DFO’s only scientist involved in citizen science. Dr. Jack Lawson is collecting information from the public on whale sightings, and Carolyn Miri is looking for data on sharks and skates. Contact them at telljack@dfo-mpo.gc.ca and carolyn.miri@dfo-mpo.gc.ca.