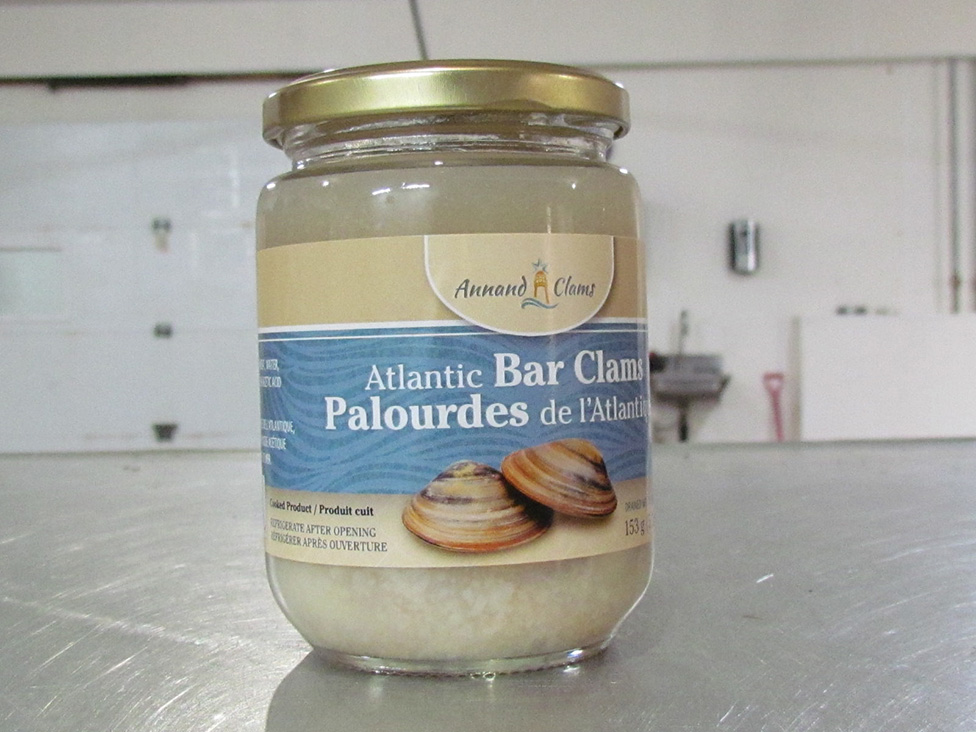 P.E.I. couple trying to build homegrown clam industry from the sandbar up

Oysters, mussels and lobsters are pretty much the holy trinity of seafood on P.E.I.

Mention seafood from this province to anyone in the industry and these are the species that will come to mind.

But David and Carla Annand of Freeland are looking to add a fourth species to that list — clams.

They’ve started their own small-scale processing facility in Conway, P.E.I., which they’ve dubbed Annand Clams and are developing a product line based on the Island’s abundant, but underutilized, bar clam resource. 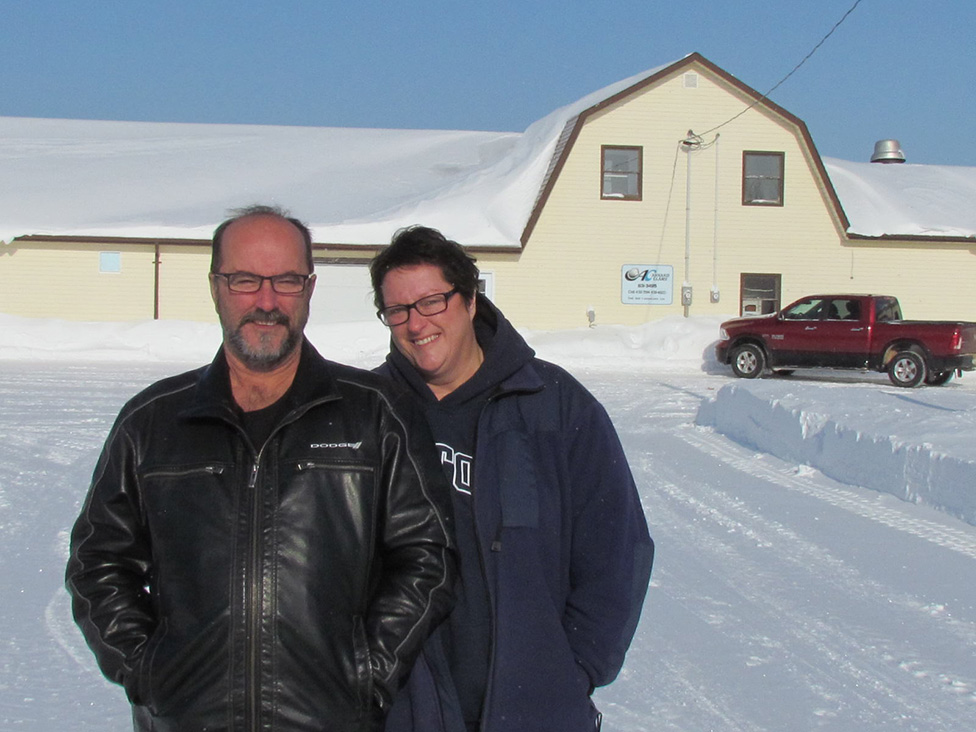 David and Carla Annand of Freeland, owners of Annand Clams, have been operating their federally certified bar clam processing plant in Conway, P.E.I. for a little more than a year.

They’re been operating for a little over a year now and are working hard to make a name for themselves. But it’s been a daunting task.

“It was big and scary,” said Carla.

“It still is,” added David.

“My husband is a fisherman, so he was always on employment insurance every year… and we just wanted to get out of that. We wanted to be our own bosses and we wanted to employ people. We wanted to do something different,” she added.

Like many Islanders, the Annands had been harvesting and bottling their own bar clams for personal use every summer as an annual tradition. 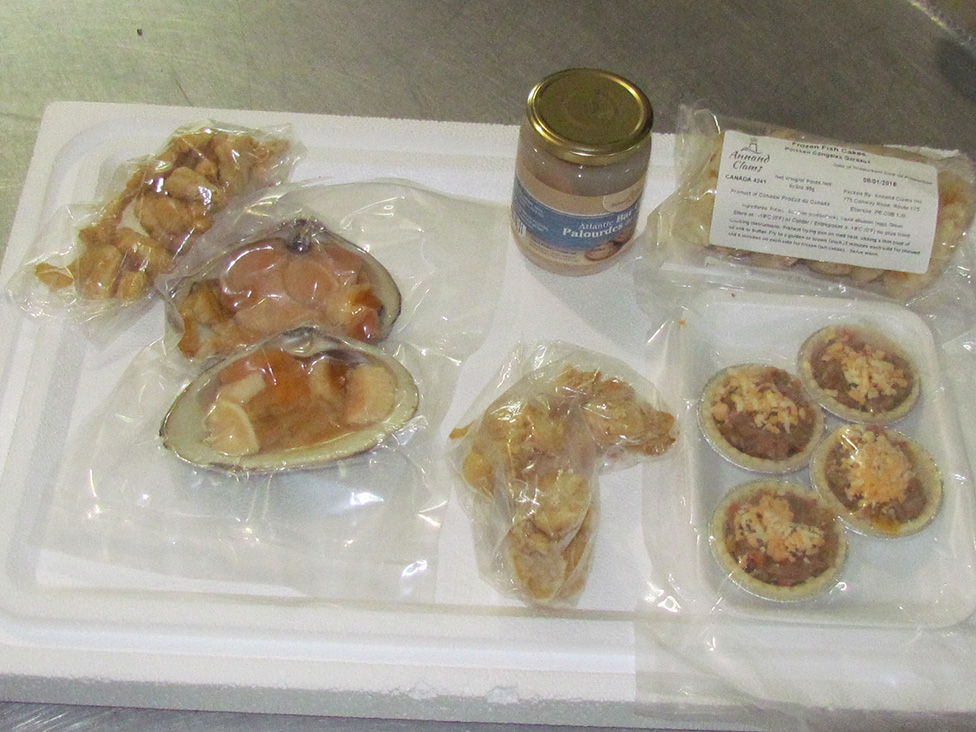 There is provincial recreational fishery for the species, open to everyone. But residents and visitors are limited to 100 clams of at least 102 millimetres, a day.

In the limited commercial fishery for bar clams there are about 15 vessels on P.E.I. licensed to drag for them and about 800 individuals (of which David is one), with a license to go out and harvest them by hand for commercial sale. The same license is used for soft-shell clams and quahogs.

In David’s experience there has traditionally been very little market on P.E.I. for the species.

But, that got him thinking one day.

People love bar clams — Islanders especially. So maybe there was a niche to be filled, he reasoned.

“I always was a fishermen. Fished lobsters, fished everything you can think of,” said David.

“But like Carla said, we always did up our own bar clams and if somebody wanted some meat done (we’d get it to them) but there was no place around to sell them in the shell, whole. So I said there’s a lot of fishermen around who’d love to have a place to sell them,” he added. 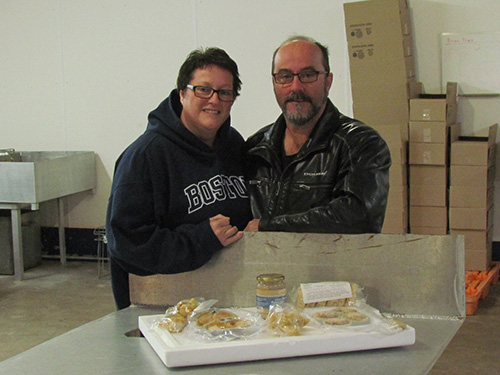 In May of 2013 the couple finally decided to take the plunge and try to get into the clam business.

They got their government approvals and converted a building behind their home into a processing centre for packaging fresh, uncooked, clam meat.

Carla has been working in seafood quality control for more than 10 years, so that experience really helped them when they were starting up. Otherwise it would have been a daunting task to navigate and comply with all the federal and provincial legislation, they said.

The Annands made some contacts in the retail and wholesale sectors and found initial supporters in the Sobeys chain, which agreed to sell their product and regional distributor Alliance Seafood Inc.

But there were setbacks. Initial sales were less than encouraging.

However, it didn’t take long for them to figure out what was wrong and why people weren’t buying.

“Everybody knows the bar clam, but when we put the raw meat in Sobeys they found people were bringing it back saying they didn’t know how to cook it. So it didn’t go over as well as we thought it would,” said Carla.

“We realized we had to expand. We had to either go big or stop,” she added.

Not about to let all their hard work go for naught, the Annands went to the provincial government and the University of Prince Edward Island’s research lab, Bio Food Tech, for help.

The province provided a capital loan that allowed them to expand into their current facility, which is a former oyster plant complete with freezing facilities, which had been vacant for several years, while Bio Food Tech helped them expand their product line.

“The biggest thing for us now is to get our product into the marketplace,” said Carla.

They hired about 15 people in the summer of 2014 to help meet demand, and hope to hire more as demand escalates.

Their bottles are widely available at Sobeys locations in Atlantic Canada, while their other products are sold directly to distributor, Alliance Seafoods Inc. which sells them to various retailers in the region. On P.E.I., their products are available from ADL Foods Inc.

“We went through a lot of hiccups and learning curves but we’re coming out the other end,” she said.

No Replies to "Clamming Up"