A generation ago, baby boomers were entering the workforce in big numbers and they needed jobs.

In Atlantic Canada, a lot of those baby boomers lived in rural areas, with few local employment opportunities. Many were moving away, leaving their families and communities behind.

“Jobs, jobs, jobs,” was the rallying cry of politicians during elections, in the hope of getting themselves elected.

As it happened, the need for jobs occurred around the time Canada obtained the 200-mile limit, giving us control of our offshore resources, and allowing us to deny or limit access to fish by the international fleets that had decimated our fish stocks during the 1950s, 1960s, and 1970s.

That led to a lot of optimism about the future of the fishery. We believed we could expand our fishery but still not catch anywhere near the amount of fish the foreign fleets had caught. Under good Canadian management, the resources would increase over time, allowing us to catch even more.

To deliver on their promises of employment, politicians facilitated a huge expansion of the fishery. People and companies wanted to invest in boats and plants, so governments gave out licences and offered financial assistance to increase the industry’s capacity.

They were all the more determined to expand the industry, because the treaties that gave us the 200-mile limit contained provisions that required Canada to allow the foreign fleets access to any fish resources surplus to Canadian needs.

Of course, we now know how that turned out.

Within four years of getting the 200-mile limit, practically the entire industry based on fish in Atlantic Canada was bankrupt or close to it. We had scaled up an industry focused primarily on the United States and produced a very narrow range of products for that market, mainly cod blocks, only to discover that the market couldn’t absorb all the extra production. 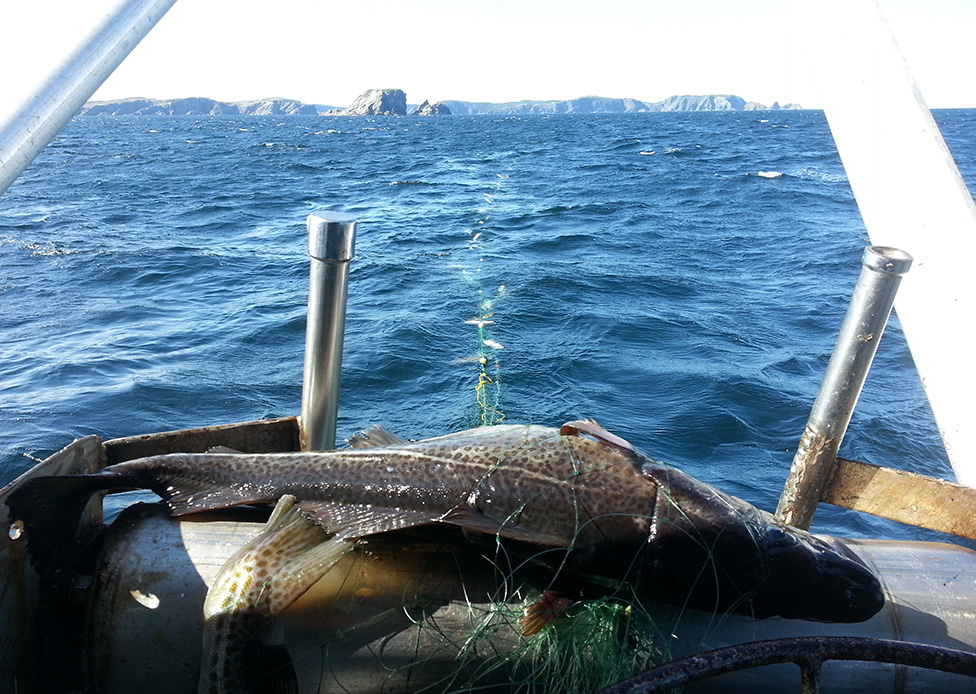 As the North American economy headed into a deep recession in 1981, inventories of unsold products backed up in warehouses and had to be carried at very high interest rates. Companies holding those inventories ran out of money and had to be bailed out. The vertically integrated large companies had to be restructured with government financing to make them viable.
It took years to work through the problems and get the industry back on an even keel. I was very much involved in that process and I remember it very well.

By the mid-1980s, things were starting to improve. But by 1987, it became apparent we were overfishing cod, leading to cuts in fishing quotas and, ultimately, a moratorium on fishing cod and some other groundfish species.

Because there wasn’t enough fish to support all the capacity that had been created, some vessels, plants, and people left the industry. But many found it very difficult to leave an industry they had invested their lives in.

As the industry that remained gradually re-oriented itself toward increasing shellfish resources, politicians found it in their interest to address the excess capacity problem by giving out more licences to catch and process the shellfish than the available raw material could support economically. Because of the excess capacity, most of the industry’s participants have been struggling ever since, earning uncertain seasonal incomes and poor returns on investment, as has been documented over the years. Many of the people who have struggled have been telling their offspring not to build their futures around the industry the way they did.

Now that the cod stocks are becoming abundant once again, what kind of a future can we expect?

Last month, I suggested the future will not look much like the past, because of changes that have taken place over the past 25 years or so in consumer expectations, markets, competitors, substitute species, and technology, among other things. The world of cod is now a very different place and we have to change, too, if we want to be part of it.

Maybe the most significant change is that we are very unlikely to have a labour-intensive industry that provides jobs, jobs, jobs. The main reason is likely to be that people just won’t be there to fill the jobs.

Already, vessel operators are challenged to find and keep crews and plants are struggling to find enough workers. That problem will only get worse as the baby boomers retire and there are fewer people in the new generation to replace them. Ongoing uncertainty, short operating seasons, dependence on employment insurance and the fact that the younger generation has been told by their parents not to go into the fishery don’t help.

Another reason the industry won’t provide as many jobs is that labour-intensive processing tasks have mainly moved to countries that have low labour costs because they pay low wages.
If catches are frozen, they can be transported anywhere for processing and that has been happening increasingly in other high-wage industrialized countries. To attract the people the industry needs, it will have to pay wages that are competitive in Canada, so it won’t be able to employ as many people as it did in the past, if its costs are to be competitive in international markets.

To replace labour that won’t be available and keep labour costs within reasonable bounds, the industry will need to use much more equipment. In other words, it will become more capital-intensive and less labour-intensive than in the past.

Some of the equipment we need is already available, having been developed elsewhere to meet the needs of fishing industries in other countries. Some will have to be developed for our particular needs. The Canadian Centre for Fisheries Innovation has been investigating both of these possibilities and we expect to be involved in both the transfer of technology from other locations and the development of new technologies our industry will need.

Purchasing and installing equipment to build up our cod harvesting and processing capabilities will require a lot of investment. Funding for that investment will only be available if the industry can provide the investors with much better returns on their investment than it has provided in recent years.

If the industry is to earn those needed returns on investment, it cannot operate just for short seasons during the summer, the way our crab and shrimp industries do now. It may be possible to lay off people, who can then supplement their employment earnings with EI, but it isn’t possible to lay off specialized equipment, so the costs of owning it continue year-round, whether it is used or not.

The re-emergence of a significant cod fishery in the foreseeable future now seems very likely. It presents an opportunity that, in many ways, parallels the opportunity presented a generation ago by the 200-mile limit.

As we try to take advantage of the opportunity, we need to learn from the experiences of the past 40 years. Specifically, we need to avoid the excessive optimism and the mistakes that were made. And we especially need to ensure the industry can be economically viable.

If we are to avoid the mistakes of the past, we need to focus on the kind of future we want to build, not on the past that we lost that really wasn’t as good as some people seem to think.

We can’t go back in time. The jobs we will create will be fewer in number but much better in quality, offering year-round employment with good wages, so the industry can attract the people it will need. If we can do that, we will have reasons to be optimistic about the future of the industry and of rural areas in Atlantic Canada.

Argument for the Halibut: Newfoundland and Labrador Furious, P.E.I. Pleased Over Quota Tonnages