Cod – The Challenges in Building a New Industry

Last month in this column, I said the Canadian Centre for Fisheries Innovation will be holding a conference in Gander on November 22 and 23, 2017 on the theme, Cod — Building the Fishery of the Future.

Since then, however, we have had to change the dates to November 28 and 29, because one of our key speakers would not have been available on the earlier dates. Please note that change.

This month, I will talk about some of the challenges in building the new industry that will be discussed during the conference.

Let’s start with the first major challenge — the market.

We have to recognize that world markets are already well supplied with cod and similar “whitefish” species that are often substituted for each other. According to the International Groundfish Forum, the global supply of cod was approximately 1.3-million metric tonnes in recent years. It is too early to know what the total allowable catch might be for Northern cod when the fishery is scaled up, but a quota of 100,000 tonnes — more than we are likely to have available at the start but an easy number to scale up or down — would represent about eight per cent of the recent global supply. 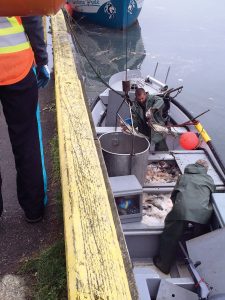 Apart from the whitefish species, farmed salmon has become so readily available at attractive prices that it is now often used where cod and other whitefish were used in the past. That means another 2.7-million metric tonnes of supply that our cod must compete with and lowers our share of the market even more, to less than 0.6 per cent. That still doesn’t count white-fleshed flatfish that are also sometimes used in place of cod.

There are different ways to look at these numbers. One is to note that, even at a quota of 100,000 tonnes, we represent a very small part of the overall supply. Globally, the market will hardly notice if we are in or out.

The annual fluctuation in supply will likely be more than our total catch. But another way to look at the numbers is that the market for cod and similar species is huge. Global demand for cod is strong and we don’t need a very big share of the market for it to absorb all we can catch. Both of these views are true.

For us, the question is not likely to be whether or not we can sell what we catch. Clearly, the market is big enough to take our catch without a hiccup. But the market also doesn’t need our fish, because there is a plentiful supply from other sources, so it will be up to us to make a good case for customers to buy it. What will we have to do to make that case?

In essence, the real question is: what value can we get for the cod we expect to catch? That depends very much on us. And it presents the second challenge.

Such a large, global market is really made up of many smaller markets — represented by differences in geography, use and time — that want products in different forms and at different prices.

Which markets will we sell to? If we sell to low-value markets, as we did in the 1980s, we will get low value for our products. When we were forced out of those markets because we no longer had fish to supply, they were taken over mainly by Alaskan pollock, harvested very efficiently in very large quantities. But today, even the Alaskans can’t make money serving those markets and are looking for alternatives that offer better prices.

If, instead, we target high-value markets, we can get a lot more value. That is essentially what the industry in Iceland does very well, as I have discussed in this column before. But selling to high-value markets requires fish to be landed that are very high quality and at the right time.

Can we do that?

The truth is we didn’t do a very good job of it in the 1980s, which is why we had to sell most of our output in low-value markets. And that is why we can’t simply go back to what we were doing then.

We did make some improvements during the 1980s, but that stopped when the moratorium started. Since then, others have continued to improve their marketing and production of cod while we were focused on crab and shrimp, so the standard we have to meet today is higher than it was back then.

The third challenge lies in industry demographics. It is widely known that the current labour force in the fishery throughout Atlantic Canada, including Newfoundland and Labrador, is aging. The average age is somewhere in the mid-to-high 50s and increasing each year.

So, when we have a much larger quota of cod, where will the people come from to catch and process them? To some extent, we will be able to reduce the number of people needed, if we use automation technologies that have been developed elsewhere over the past 25 years. But those technologies are expensive to buy and install and it will be difficult to justify the investment, if we operate for only a short season.

Even if we use the new technologies, we will still need to attract more young people into the industry. Can we do that? I think we can but only if we offer them a better deal than has been offered in the recent past.

The younger generations that followed the aging baby boomers that have worked in the industry but are now moving into retirement were not attracted in large numbers into fishing or, especially, fish processing.

By and large, they found better job opportunities in oil and gas in Newfoundland and Labrador and Alberta, as well as in other industries that drew them from rural areas to larger urban centres. But that also illustrates the fact that, if we can offer them more attractive jobs in the fishery, they can be attracted to this industry, as well.

The fourth major challenge is economics.

We have been spoiled by the relatively high prices we have been getting for our crab and shrimp. These and other shellfish species are available in much smaller quantities around the world than cod and other groundfish and are mainly sold in high-value markets, because of their relative scarcity.

But that means much higher catches of cod will be required if we want to replace the revenue our industry has generated from shrimp and crab. In 2017, the prices paid to harvesters for crab and shrimp have been set at $4.39 and $1.25 per pound, respectively and the price for grade A cod has been set at $0.83 per pound as of August 1.

In 2016, crab catches in Newfoundland and Labrador totalled 41,745 tonnes and inshore shrimp catches totalled 27,519 tonnes. We would need 220,795 tonnes of grade A cod to replace the revenue from crab and another 41,444 tonnes to replace the revenue from inshore shrimp. The combined total would put us close to the highest catches of cod ever recorded by N.L.-based fish harvesters, both inshore and offshore.

Unfortunately, that is only the revenue side of the equation and it doesn’t tell the whole story. The other side is cost. Even if we could replace the revenue from large catches of cod, catching that cod will cost a lot more than catching the crab and shrimp, so the amounts left over to provide incomes to harvesters will be substantially less.

To replace the incomes harvesters have had from crab and shrimp would require even higher catches of cod, something that simply can’t be done any time soon.

The challenges outlined above will be examined in much greater detail during the conference CCFI will be holding in Gander in November. Anyone who expects to be part of the future fishery based on Northern cod should attend, to gather valuable information they will need to help them make decisions related to their participation.

No Replies to "Cod – The Challenges in Building a New Industry"