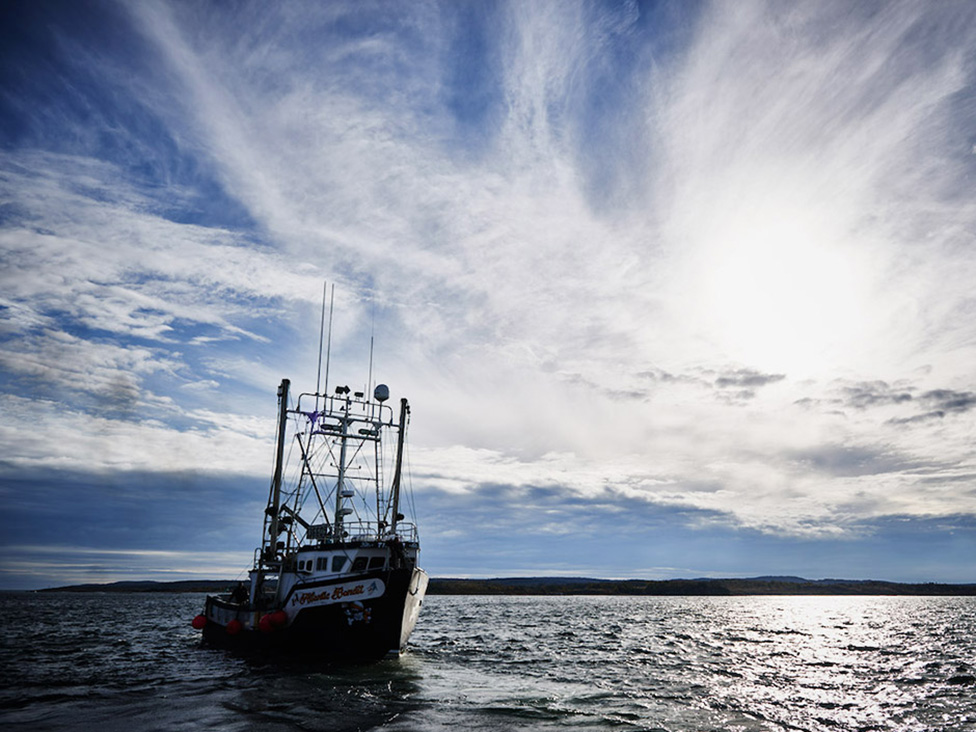 This season will bring some new faces, with others notably absent. Lifelong fisherman and son, Calvin and Kurtis Kerrivan and fourth-generation Skipper Lee Pond, join Rick Crane, Morris Anstey and Paul Tiller for an all-new, eight-episode season of the original Canadian series.

From Paperny Entertainment, the eight-part series follows the brotherhood of five colourful captains and their crews aboard fishing boats, as they cast their nets in the North Atlantic hundreds of miles offshore. It’s a tough job – tough on boats, tough on gear, and tough on the human body – but these bred-in-the-bone fishermen wouldn’t have it any other way.

Joining the cowboys this season are lifelong fisherman Calvin Kerrivan and his son, Kurtis. Based in Placentia, N.L., this father and son team head offshore to the far reaches of the continental shelf for an unusual set of fisheries. From whelk to sea cucumber, the duo are leading the way in new and highly profitable markets.

Closer to shore, there is a new boat in town, the Jacob Louisa skippered by Lee Pond, a fourth-generation fisherman. Aggressive and passionate, Lee pushes his crew to exhaustion in order to land the most fish in the bay.