About two years ago, I wrote a column on competitiveness.

This month, I will tackle that subject again but from a different perspective. The topic seems particularly appropriate as we consider what to do with our rebounding northern cod resource, because there is intense competition in markets for cod and similar mild-tasting white-fleshed fish species and we will have to compete for a share of those markets against others already supplying them.

Competitiveness is not a well-understood term, so it may be worthwhile to start the discussion with a definition. The Business Dictionary defines it as “Ability of a firm or nation to offer products and services that meet the quality standards of the local and world markets at prices that are competitive and provide adequate returns on the resources employed or consumed in producing them.” Some of the key words in this definition are markets, products, quality, prices and returns, so I will focus my discussion mainly on them.

In most industries and for most firms, the key measure of competitiveness is market share — measured as a percentage of total sales in the market, with higher share indicating stronger ability to compete. But that assumes production can increase if the products offered find a receptive market, so the main limit on market share is the ability to outsell competitors.
For the fishing industry, production cannot increase beyond the total allowable catch. Because market share is ultimately limited by the resources available for harvest, it is not the appropriate measure in this industry.

The Business Dictionary defines “economics” as “The theories, principles, and models that deal with how the market process works. It attempts to explain how wealth is created and distributed in communities, how people allocate resources that are scarce and have many alternative uses, and other such matters that arise in dealing with human wants and their satisfaction.”

Lionel Robbins, an influential economist from the London School of Economics, once defined “economics” a bit more simply as “the science which studies human behaviour as a relationship between ends and scarce means which have alternative uses.”

Resources available only in limited supply – such as fish — are “scarce” in economic terms and fish can certainly be used in different ways. Economic principles tell us that society benefits most from such resources if they are allocated to their highest and best uses.

But how do we achieve that? According to Wikipedia “the condition of scarcity in the real world necessitates competition for scarce resources.” And, of course, that is exactly what happens in our harvesting and processing sectors, where there is more capacity than raw materials available. There is competition in consumer markets, as well.

In our society, we mostly depend on markets and prices to provide a mechanism for allocating scarce resources to their highest-valued uses. In the port market for fish landings, it is the buyers willing and able to pay the highest prices who attract supply. And the same thing happens in consumer markets, as consumers willing to pay the highest prices are most likely to get the products they want.

In other words, scarce resources tend to go to the highest bidder. Such an approach typically maximizes the value obtained from them, although it hasn’t always worked well in the fishery in Atlantic Canada, as I have discussed here before. There are other ways to allocate scarce resources but they all lead to getting less than maximum value. If market value is maximized, everyone who participates in the process is better off, because they all share in that value. 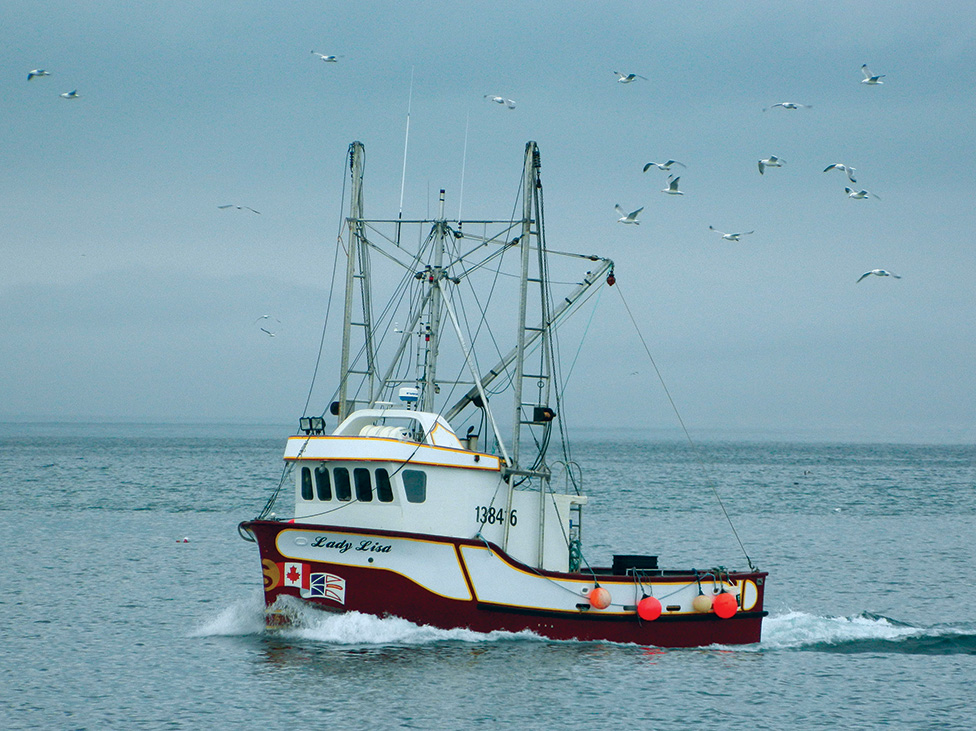 As we contemplate creating a new commercial fishery based on northern cod, we have no idea yet what the fishing quotas will be but we need to recognize that the quantity available will be limited. And when potential production is limited, the key measure is the market value that can be generated from it. Why would we not want to maximize it?

Very few industries have seen their market opportunities and production increase that much. And the expectation is for similar growth to continue for the foreseeable future, because the UN expects world population to be nine billion or more by 2050.

Due to the strong market demand, it is not usually difficult to sell fish products, unless the quality is really bad. What is more difficult is getting a good price for what you have to sell.

One way to address scarcity is to increase supply to meet market demand. A rapidly expanding market attracts supply — a lot of it. 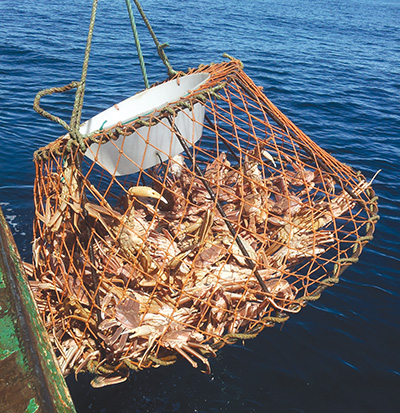 Initially, the capture fishery tried to keep up with the growth in demand. By the 1960s, many of the fish stocks that had traditionally been fished had been overfished — including our own cod stocks in Atlantic Canada — so production started to fall behind what the market wanted. People began to develop new fisheries in non-traditional areas and for non-traditional species to meet the demand. Eventually, that couldn’t keep up with the increase in demand, either. Aquaculture then expanded to fill the gap.

Although it had been around for millennia, aquaculture contributed very little to the global fish supply in 1950. Today, it provides roughly half the fish for human consumption and it will undoubtedly continue to expand to meet the needs of the growing market.

As this illustrates, when markets provide opportunity, someone will find a way to take advantage of it. That makes the most desirable markets for fish and seafood very competitive, because there are a lot of sellers, both locally and globally. The cod fishery was the mainstay of Atlantic Canada for centuries but the increased market opportunity attracted competition from new sources we didn’t have to deal with in the past. Alaskan pollock catches filled many of the markets we had supplied with cod. And farmed catfish, tilapia and pangasius have become substitutes, as well.

Fish resources are not necessarily located close to markets, so fish products are among the most traded items in the world. But all countries, including us, that have fish to sell and can meet the required quality standards want to sell as much as they can in the few relatively affluent developed countries in Europe, North America, and Japan, because they have relatively large populations, they import a lot of seafood products, and consumers in those countries can afford to pay higher prices than others in less developed countries. In recent years, increasing affluence in China has allowed another attractive market to develop there, so it is now getting a lot of attention, as well.

Within those countries, consumers buy fish products through either retail stores or foodservice operations, such as restaurants and cafeterias. But each of these market channels has different players that focus on different consumers or different meal occasions.

Some retailers and some restaurants aim to sell high quality food products to consumers willing to pay high prices. Others try to sell good — but not necessarily the best — products to the middle class and they typically account for the largest share of the market. Still others sell to relatively poor people, who can’t afford to pay much and usually end up with the products at the lower end of the quality scale.

The one term in the definition of competitiveness I have not discussed so far is returns on the resources employed. Of course, the return on the fish resource can be measured in terms of market value, which has been discussed above.

But catching, processing, and marketing the fish also requires people and investment in assets — vessels, gear, plants, equipment, trucks, etc… In the fishery, we often talk about catch per unit of effort, a measure of productivity. Similarly, we can measure catch value per person employed and return on investment.

Catch value per person employed is the main factor determining incomes in the harvesting sector. If we want higher incomes, we either have to catch more or get a higher value for our catch. When resources and catches are limited, getting higher value for the catch is the only way to higher earnings.

Which brings us to return on investment.

For a couple of generations now, the capture fishery in Atlantic Canada has suffered from too much capacity relative to the amount of fish available. That has translated into poor returns on investment, because too much money has been invested relative to the value of the catch.

To develop the new cod fishery, someone will have to be prepared to invest in the new capabilities that will be required to harvest, handle, process, and transport them. Unless there is a way to earn a return on that investment, it will be very difficult to attract the capital needed. Again, maximizing output value is the best route to attracting the capital and providing the needed return.

Alfred Einstein, who knew something about powerful cosmic forces, once said, “The most powerful force in the universe is compound interest.” He also called compound interest “the greatest mathematical discovery of all time.” But interest is just one form of return on investment (ROI). It is worth illustrating how powerful compounding ROI is.

Let’s say we have $1 million to invest, hoping to turn it into a larger amount over time. Investing it for different time periods and at different rates of return will translate into different amounts accumulated at the end of the investment period. If we invest it for 20 years and get a return of five per cent per year, it will accumulate to $2.65 million. But if we get a 10 per cent return, it will accumulate to $6.7 million. A 15 per cent return will provide $16.4 million.

That is a big range and it has some significant implications. For example, if we invest $1 million in our fishery and it earns five per cent for 20 years, but a competitor also invests $1 million at the same time and earns 15 per cent, the competitive balance has shifted in a very major way.

At the end of the 20 years, our competitor has over six times as much capital to deploy against us. Even at 10 per cent, the competitor would have more than twice as much capital. In either case, we are at a big competitive disadvantage.

Taken together, they can give us a good understanding of how competitive we are and what our competitive strengths and weaknesses are.

We need to think about these things as we build a new cod fishery. What is it we want to achieve and how are we going to get there?

We can learn from our competitors but, mainly, we need to focus on building our own capabilities.

Edward de Bono, a Rhodes Scholar, renowned thinker and teacher of thinking skills, once said, “Companies that solely focus on competition will die. Those that focus on value creation will thrive.” In other words, it is better to focus on being a strong competitor ourselves than on what others are doing to compete with us. And we will only be a strong competitor when we can maximize the value we get from our limited resources.

No Replies to "Competitiveness: Part II"