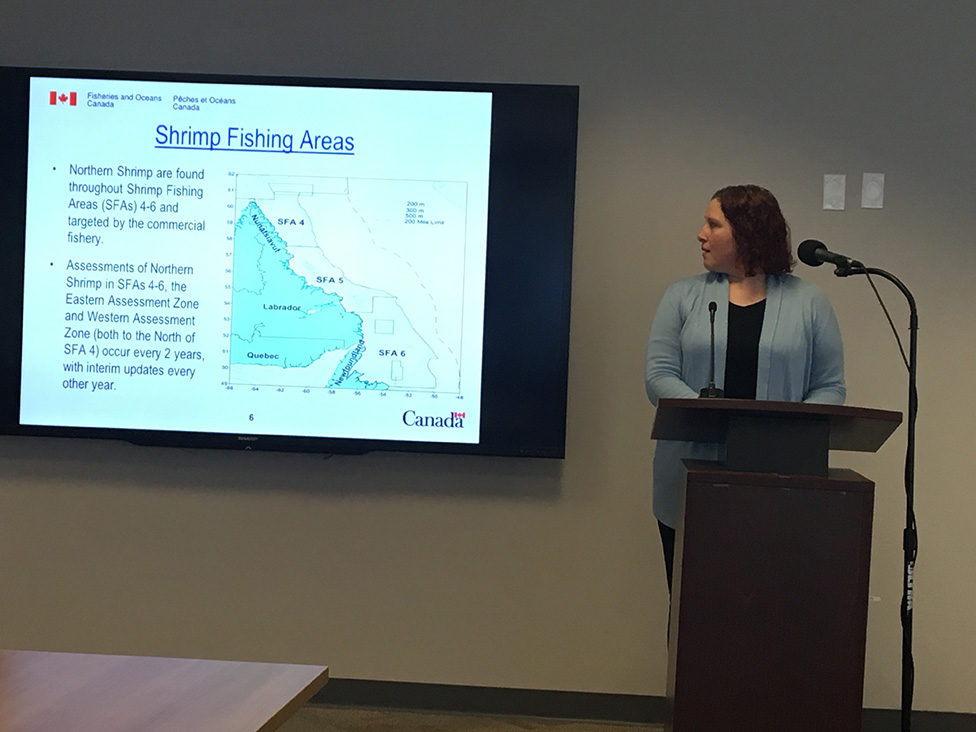 It looks as though the Northern shrimp fishery off Newfoundland’s northeast coast will soon be receiving another hit.

The Department of Fisheries and Oceans held a technical briefing today regarding the 2017 Northern Shrimp Stock Assessment and the news was not good — particularly in the beleaguered Shrimp Fishing Area (SFA) 6.

This continued decrease now places the SFA 6 biomass in the critical zone — with a DFO recommended harvest or exploitation rate of only 10 per cent.

DFO science also released the biomass totals for SFA 4 and 5 — results not near as detrimental as in area 6.

The recent Northern Shrimp stock assessment results will be presented and discussed at the next Northern Shrimp Advisory Committee (NSAC) meeting, scheduled for March 9, 2017. The stock assessment results, advice from both DFO Fisheries Management and industry, and recommendations from NSAC will be considered by the Minister in developing future Total Allowable Catch (TAC) and other management actions.

The Department of Fisheries and Oceans is holding a technical briefing today regarding the 2017 Northern Shrimp Stock Assessment. The assessment was held February 16 and 17, with participation of DFO Science and industry partners.

There is speculation that shrimp quotas, particularly in Shrimp Fishing Area (SFA) 6, will be hit with another cut.

The Navigator will provide more details as they become available.

No Replies to "UPDATED: Northern Shrimp Biomass in SFA 6 at Critical Level"