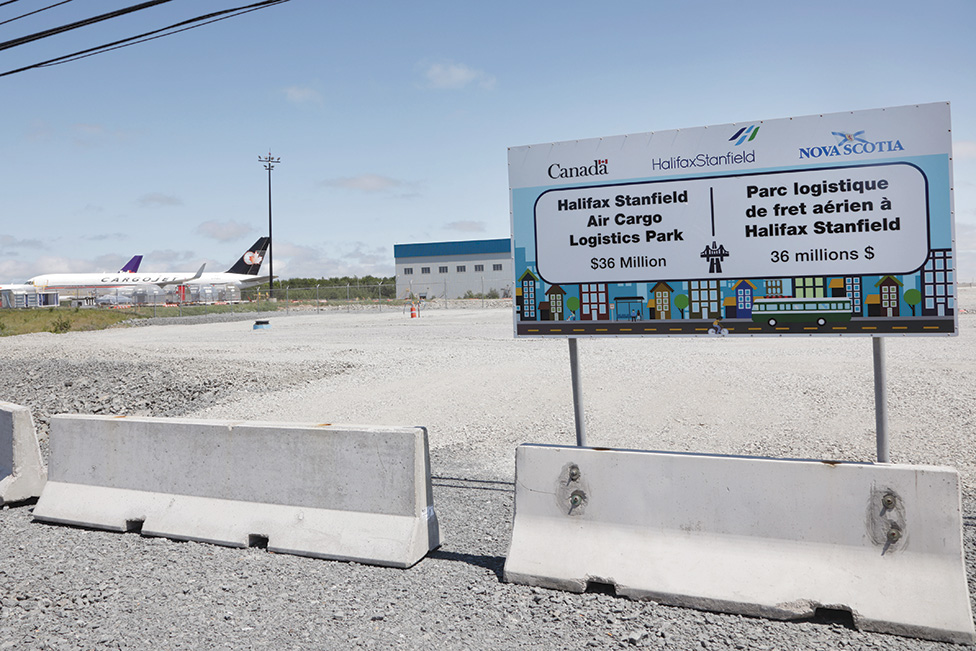 Above photo: The construction of a new $36-million Air Cargo Logistics Park at Halifax Stanfield International is on track for completion in spring 2021. Contributed photo

The construction of a new $36-million Air Cargo Logistics Park at Halifax Stanfield International is on track for completion in spring 2021.

“In fact, if you drive by the site today, you’ll see the land is prepped and nearly ready for construction of the building, which will start this summer. The project is expected to be complete in spring 2021.”

The Air Cargo Logistics Park is being built on 25 acres and will include a new cargo apron area, buildings for cargo handling, an aircraft de-icing facility and associated operational areas both airside and groundside, said Boone.

“The building designs could include innovative or technology features, however that information is not available at this time, as those will be customized depending on the needs of the tenants.”

According to the latest statistics, cargo processed through Halifax Stanfield in 2019 grew by 11.3 per cent to just over 41,000 metric tonnes. The total value of cargo exports processed were $631 million, up 41 per cent over 2018. Of that, $577 million were Nova Scotian exports, $3.8 million were New Brunswick exports and $36.5 million were Prince Edward Island exports.

The top five countries for demand of seafood exports from Halifax Stanfield are China, South Korea, Japan, Belgium and the Netherlands, said Boone.

Industrial machinery, aircraft components, optic and photo equipment and specialized electronics/electrical equipment are among the other key commodities exported from Halifax Stanfield, said Boone, that will benefit from the additional cargo capacity the new Air Cargo Logistics Park will create.

So far in 2020, “we first began to experience the effects of COVID-19 at Halifax Stanfield in early January when we saw a period of six to seven weeks of much reduced cargo service,” said Boone.

“We saw regular weekly flights departing for Asian and European markets resume in March, but we’re seeing fewer cargo flights when compared to the same time as last year. In this global pandemic, we expect market fluctuation as countries around the world adjust to this unprecedented situation.”

Boone said airport officials were “encouraged by the rebound of cargo operations” in late June. “We continue to be in close contact with all of our airline and airport partners to assist them in any way we can, as the global response to COVID-19 continues to evolve,” he said.

“In these uncertain times, airports, including Halifax Stanfield, continue to play an important role in facilitating the flow of essential goods through the air cargo supply chain. The safe and efficient movement of goods is critical in ensuring Nova Scotians have the supplies they need, and in maintaining economic activity.”