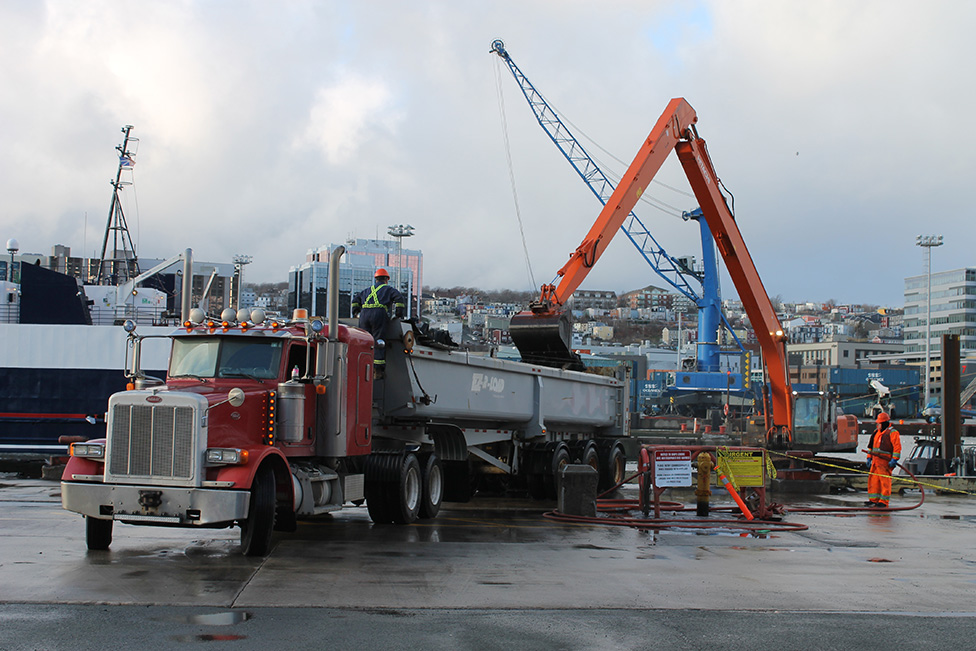 The federal government announced today that a $4-million contract has been awarded for harbourside improvements at the Canadian Coast Guard Atlantic Headquarters in St. John’s.

Bottom sediments near the dock will be removed providing greater water depth. This will allow for the Coast Guard’s larger vessels to dock at the wharf adjacent to the headquarters building instead of being restricted to the North side of St. John’s Harbour. Approximately one metre of dredging will be done in 90 per cent of the areas.

Dredged material will be disposed of at a Newfoundland and Labrador Department of Environment and Conservation (NLDEC) certified treatment facility.

Having larger vessels close to the Atlantic Regional Headquarters building will also facilitate increased efficiency in the day-to-day operations of shore-based personnel.

The contract has been awarded to RJG Construction Ltd of St. John’s, the successful bidder in a public tender process carried out by Public Services and Procurement Canada on behalf of Fisheries and Oceans Canada.

The work is currently underway along the Coast Guard wharf at berths 28, 29 and 30, and will continue until February 2017.

No Replies to "Contract Awarded for St. John’s Harbour Dredging"