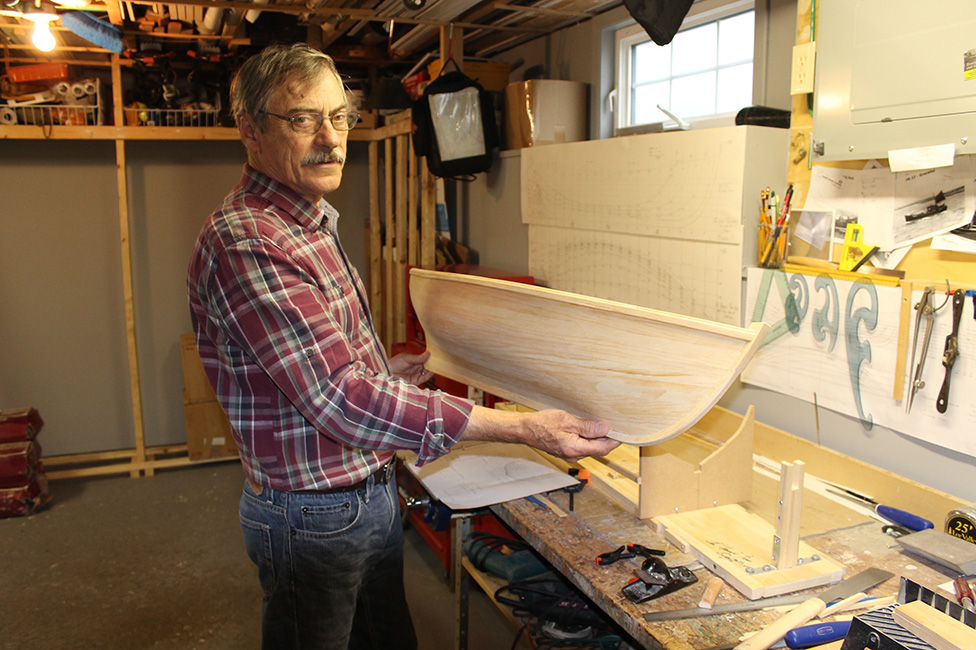 They’re not sure what to think when he asks for the knottiest piece of pine board they have. But then, Alex is no ordinary lumber buyer.

The 70-year-old builds model boats and often needs small pieces of wood that posses a natural curvature and wood surrounding knots has that intrinsic feature. For larger curved pieces he does the same as many regular boat builders — he finds crooked trees to cut. 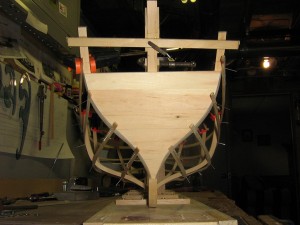 Those are merely a couple of the many tidbits of knowledge you will learn while spending an hour with Alex in his woodworking shop located in the basement of his home in Mount Pearl, Newfoundland.

You will also hear about lofting, rule staff and more technical lingo associated with the craft of building model vessels, but you will probably not be able to get your mind away from wondering how anyone can posses the patience and tenacity required to work hundreds of hours cutting, shaping and sanding hundreds of tiny pieces of wood to incredibly precise measurements and make them all fit together almost as if they were a single piece.

Like many other good wood workers, Alex is modest about his creations. He says he is just playing with wood, but if you challenge him on his understatement, he may refer to his work as “finished” woodworking. Works of wood art is really what it is.

Alex is currently in the final stages of building a model punt, also known in some areas of Newfoundland as a rodney.

Using the lines of an actual punt/rodney owned by Marcus French that was 16’4” long, Alex’s model is on a scale of 1:5, making it larger than most models. 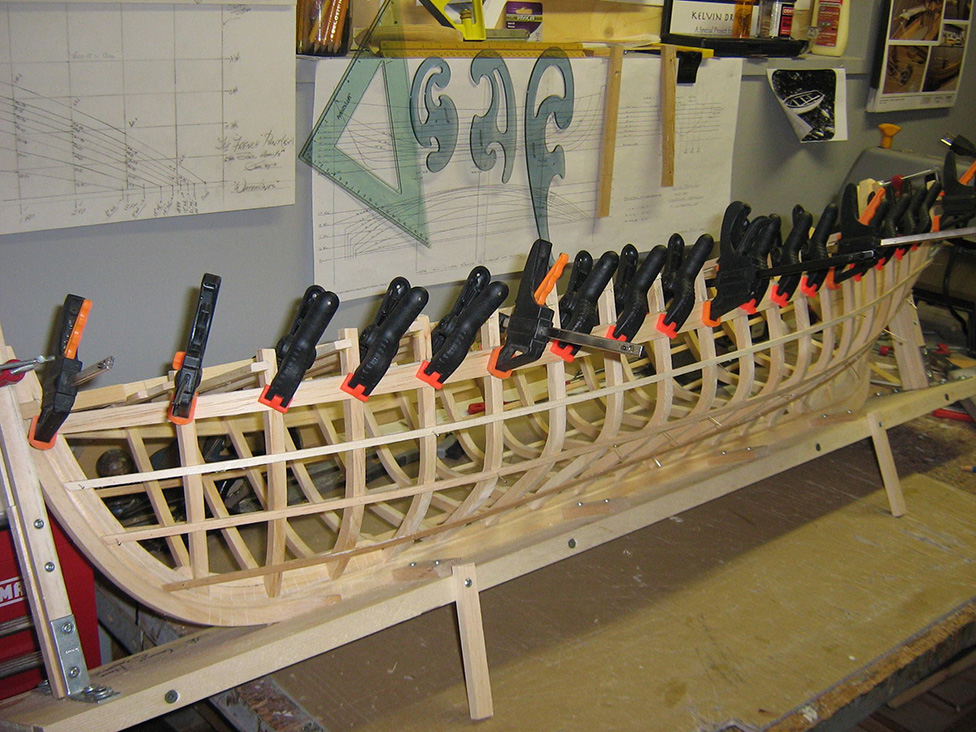 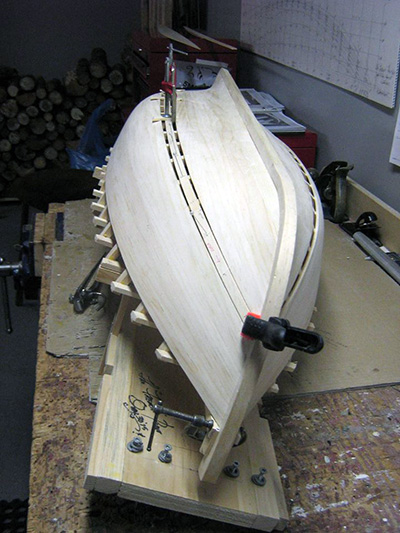 “I did it that way because I would use a lot of the techniques used to build a regular boat,” he explains.

Asked if it would be easier to build a full-size boat, Alex says he doesn’t know for sure because he’s never built a regular boat, but he suspects a larger construction might be less painstaking.

Alex has never logged the hours he worked on any of his dozen models.

“I started this one on January 30 [2015] but I’ve never worked on it for eight or 10 straight hours — sometimes I might start something and leave it again in 10 minutes,” he explains.

Meanwhile, if it was a full-time job, he figures it would take three or four months to complete. Sometimes you have to wait for glue to dry or other things that halts production for hours at a time. His Kelvin Drifter (see photo) was created over a three-year period.

Alex grew up in Gaultois, an island in Hermitage Bay on Newfoundland’s south coast. Like most boys in rural Newfoundland and Labrador, he spent half his early days in punts and listening to sea people talk about boat building, design and seaworthiness as part of everyday life.

Many of the men on his mom’s side of the family were well-known finished carpenters. Two uncles were boat builders and both of his brothers are good carpenters, so wood working and boat building is obviously in his genes.

Alex’s first boat was a gift from his sister.

A friend built a cabin for the boat and made it look like a pleasure craft, so essentially Alex was owner of a cabin cruiser several years before he graduated from high school.

Alex never had any aspirations to be a boat builder but he was always intrigued with vessel design. His first attempt at creating a model was a very small one he made for his mom. It was made of wooden matchsticks. 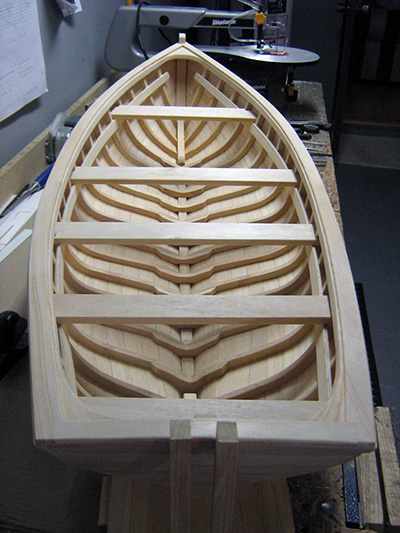 His second one was a small cabin cruiser design similar to his own boat in his younger days. That one was larger than his first model and took over 7,000 matches to build.

“I cut the match sticks at 45-degree angles and glued them together,” he said. It wasn’t fancy but it was a good start and set the foundation for the wonderful hobby that he enjoys so much today.

For a long time, Alex had to put his hobby on the backburner. After graduating high school, he taught school for a while and then moved back home to Gaultois to work with Thomas Garland Ltd., a merchandizing business and the main employer in town at that time.

Later, Alex left home again and moved to St. John’s, first to go to college and then later to work in the health services industry as an administrator. He retired in 2003 and lives with his wife Daphne in their cozy bungalow in Mount Pearl.

When he and Daphne are not at their cottage in Cupids, where they have a vegetable garden in summer, Alex can often be found in his woodworking shop in the basement of their Mount Pearl home. Most of his models are mounted on stands on the walls of the rec room and office that adjoins his woodworking area.

Alex has received offers to purchase the Kelvin Drifter, his model of a 75-foot Scottish fishing vessel, but he’s not selling. He’s also had requests to build one or two on a commission basis but he is not interested in that either.

“I do it for me. I do it because I enjoy it as a hobby and I do it at my own speed and time without pressure,” he says, adding that otherwise, it would become a job and would no longer be for pleasure.

Alex showcases his work each year at the Newfoundland and Labrador Wooden Boat Museum’s annual conference. Attendees at this year’s conference in Harbour Grace were treated to a viewing of his new punt/rodney.

Alex says he enjoys having boat builders look at his work because there are not many model builders around and he enjoys learning new ideas and simple chit-chat about the craft. He has very high praise for some of his peers though and looks forward to their critique of his work because that’s what will make him a better builder.

“Everyone does it his own way and it is good to share each other’s knowledge,” he points out.

The Kelvin Drifter was Alex’s first major work as a model boat builder. His attention to detail is particularly evident in that boat. Even though the final product is a fully decked vessel, he took the time and effort to construct the inside working and living compartments as outlined in the original drawings of the real boat. The galley, engine room, fish holds, sleeping quarters etc… are all there in great detail, but in order to see those rooms you have peer down through the vessels hatches to get a full appreciation of it. 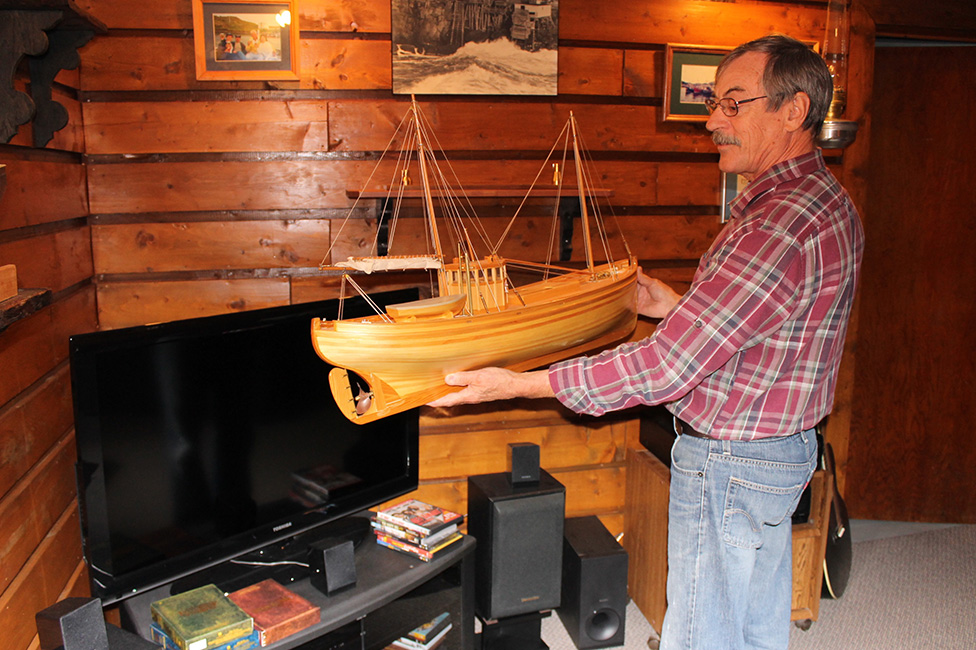 Alex with the Kelvin Drifter.

With the French rodney near completion, what’s next for Alex? Well, you might say he’s going back to the future.

Remember that trap skiff turned cabin cruiser Alex’s sister bought him for $50 almost 60 years ago? Well, Alex plans to immortalize that boat by making a model of it. And this time, when Alex works his magic on the model, the old boat that had a gas engine and a wood burning stove will look more like a sleek millionaire’s yacht. Or, to quote Alex’s own words when describing his Uncle’s Jim and Uncle Phil’s boat constructions, there is no doubt his next work will be “real pretty to look at.”

No Replies to "Creating Art from Wood"